Will taxpayers be asked to fill COVID-19 budget gaps for parks, schools this November election? 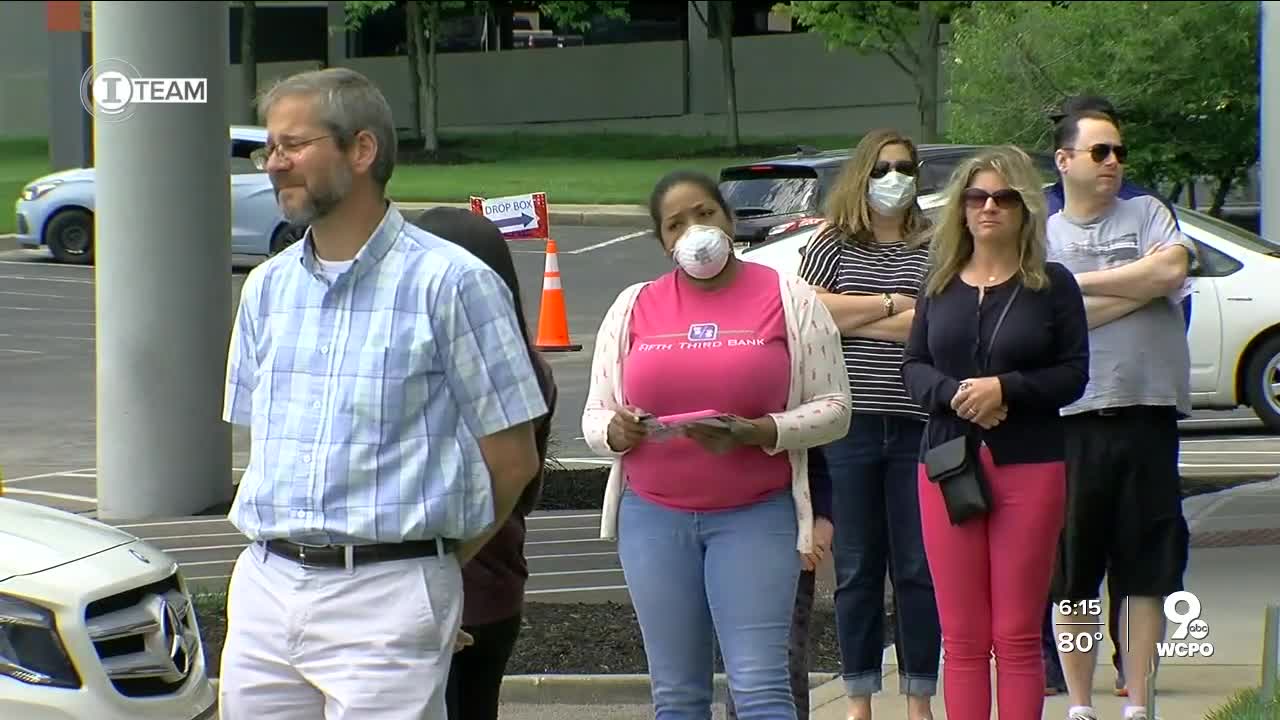 Many public agencies are searching for ways to plug budget shortfalls caused by the pandemic and state closures. Many are exploring whether to put new tax levies on the ballot to ask voters for financial help this November.

CINCINNATI — It was a strange spring for the Great Parks of Hamilton County. A record number of people visited its trails, yet the park system simultaneously hemorrhaged money.

Stir-crazy residents forced to stay close to home due to state orders, descended on favorite trails at Winton Woods Harbor and Miami Whitewater Forest. By the end of March, the number of trail visitors had risen by 83 percent, so many that CEO Todd Palmeter had to convert some park roads into trails.

“By the end of April, we were 60 percent below earned-revenue projections for the year,” Palmeter said.

Now Great Parks, like many public agencies, is searching for ways to plug a budget shortfall caused by the pandemic and state closures. Many are exploring whether to put new tax levies on the ballot to ask voters for financial help this November.

Great Parks is in the “exploration phase” of deciding whether to put a tax levy on the ballot in November, Palmeter said. The park board is also beefing up outreach to donors and seeking new grant money.

“So much has opened in the last few weeks, we’re seeing a lot of that revenue return. However, once it's lost, it’s lost,” Palmeter said. “We reopened, but we don’t reopen in the same capacity … we’re not able to get as many golfers on the golf course.”

Political consultant Jared Kamrass, who has worked on many levy campaigns including the Issue 7 transit levy that Hamilton County voters just passed, believes every local public agency that has ever put a levy on the ballot will be considering adding a new one in the coming weeks.

With the mid-August deadline to get a levy on the ballot approaching, he said, agencies will be taking a hard look at their budgets and deciding whether now is the right time to ask voters to pay higher taxes.

“For a lot of those agencies, and we’re talking park systems, school districts, some hospital and health care systems … they have one option available to get more revenue in the door to balance their books, and that’s to go to the voters and ask for more money,” Kamrass said. “Anyone that’s been on the ballot and gone through this process before in Hamilton County I’m sure is exploring it.”

Kamrass is unsure how voters will respond to new levies on the ballot. On one hand, presidential elections usually bring higher voter turnout. And the fact that Hamilton County voters passed the Issue 7 transit levy during a pandemic could be a good sign that they are at least willing to consider paying higher taxes for services that are important to them, Kamrass said.

“What we’ve seen in Hamilton County, especially very recently in high turnout elections, is that tax levies have fared favorably and the overwhelming majority of them have passed,” Kamrass said.

Voters may be particularly sympathetic to services they relied on during the pandemic, such as health systems for indigent care or parks, Kamrass said.

On the flip side, the financial downturn could make voters unwilling to vote for higher taxes, especially if multiple levies are on the ballot.

“If you’ve lost your job or you’ve been furloughed, if you’re thinking that your job might be at risk, you’re going to be a lot less likely to maybe say ‘yes’ to having more money come out of your paycheck or your property tax bill,” Kamrass said.

Some schools and agencies have already decided not to move forward with a levy this year.

Cincinnati parks leaders have been exploring another levy since voters overwhelmingly rejected a property tax increase for the city’s park system in November 2015. But not this year.

“I continue to work with a group of citizens about the need for additional (Cincinnati) park and recreation funding,” said Jeff Cramerding, who is a member of the Cincinnati Parks Foundation board of directors. “I don't see a levy going forward in November and think there is consensus about that, at least among the people with whom I have talked.”

Julie Sellers, president of the Cincinnati Federation of Teachers, which represents 3,200 teachers, is hopeful that state and federal funding can offset any budget shortfalls with Cincinnati Public Schools so that a tax levy increase isn’t needed this year.

“I don’t think this is the time to ask taxpayers for additional dollars,” Sellers said. “I don’t know exactly the impact that it’s going to have on the smaller districts, but I do know that everybody in the whole country is concerned about it.”

Smaller school districts, which are more dependent on local funding, may have to evaluate how their tax revenue has been affected by the pandemic before deciding about a levy.

“When you start thinking about 37,000 students, and they have to have two masks a day, which is $2 a day per child,” Sellers said, “people don’t really understand how fast those costs escalate.”

Voters have historically supported Cincinnati schools. In November 2019, a wide margin of voters renewed a tax levy providing millions in funding to Cincinnati Public Schools over 10 years. The levy had been renewed three times before, ensuring CPS continues to receive $65 million for the district’s annual operating budget to fund items such as teacher salaries and transportation.

Another possible levy on the ballot this November is the CPS/Preschool Promise renewal levy. It is due to expire in 2021, but leaders may opt to put it on the ballot a year early to capitalize on the high voter turnout expected in 2020.

“We are still early in the planning process for the CPS/Preschool Promise levy renewal and have not had discussions on funding increases at this time,” said CPS spokesperson Krista Boyle.

In November 2016, Cincinnati Public Schools and Cincinnati Preschool Promise passed their joint levy by more than 30,000 votes - 62 percent to 38 percent. The $48 million a year levy went to CPS and toward preschool expansion citywide.

Voters have also historically supported Great Parks. In November 2016, voters approved a 10-year levy by nearly 70 percent of the vote to help maintain 21 parks and nature preserves in Hamilton County, as well as preserve an additional 17,000 acres of green space.

A successful levy campaign must have strong messaging, especially this year, Kamrass said.

“If you go and ask voters for more money, my instinct as a voter would be to say, ‘Okay what’s this for?’ And you have to have a good answer for that,” he said.