Why did judges virtually shut down Hamilton County Domestic Relations Court due to COVID-19? 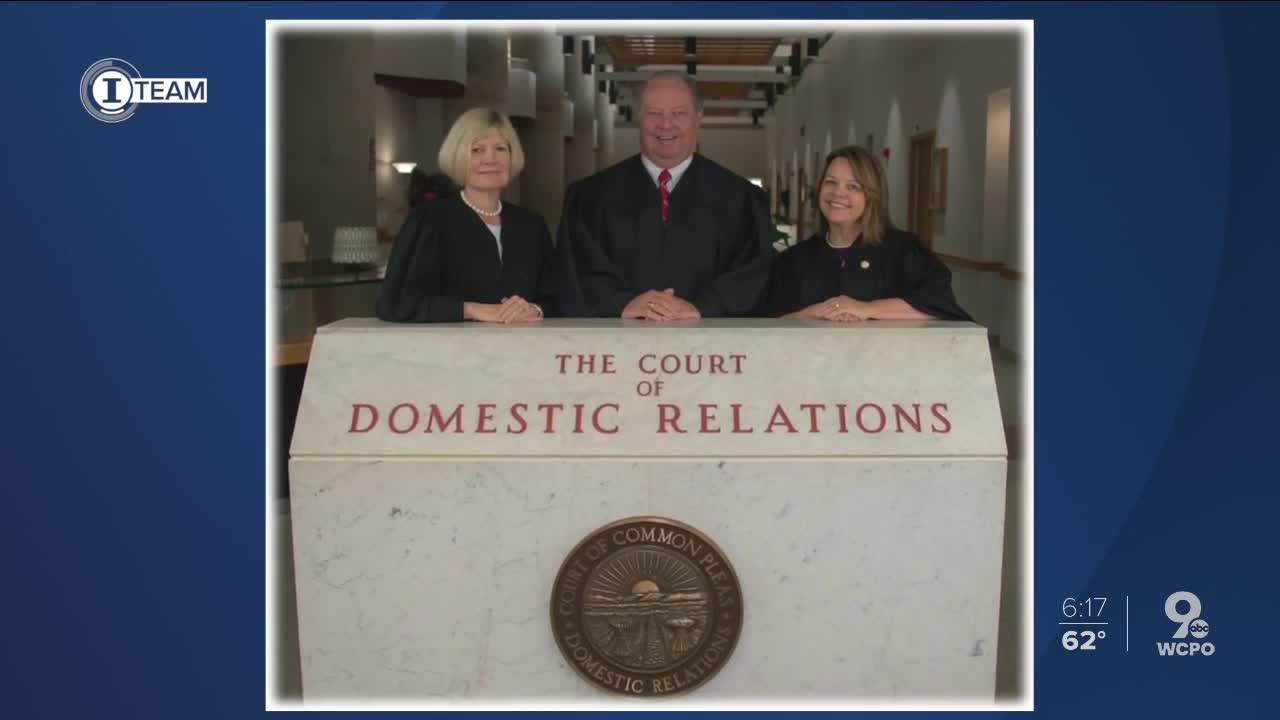 Thirty-nine lawyers took the rare step of criticizing judges at the Hamilton County Court of Domestic Relations over the judges’ decision to virtually shut down the courthouse for several weeks in March and April and postpone more than 2,000 cases in response to the pandemic.

CINCINNATI — Thirty-nine lawyers took the rare step of criticizing judges at the Hamilton County Court of Domestic Relations over the judges’ decision to virtually shut down the courthouse for several weeks in March and April and postpone more than 2,000 cases in response to the pandemic.

Some local attorneys think that move put families in chaos.

“We have very serious concerns about access to justice being available in our county,” attorneys wrote in one of two letters sent to Administrative Judge Jon Sieve on April 24.

Attorneys also forwarded the letters to the Ohio Supreme Court.

Sieve's response reveals the depths of the dispute occurring inside a courthouse that few people see unless they experience something like a divorce.

“Any commentary that the court has been failing to serve the public or failing to perform our statutory responsibilities is false and, in fact, offensive,” Sieve wrote back to attorneys on April 30.

WCPO interviewed four domestic attorneys who requested anonymity for fear of retribution from judges. They described the profound effect that limited access to judges over the past several weeks has caused to clients.

“My client is a hairdresser and is at home, able to be with the children, and the other parent is a medical professional who may come in contact with the virus on a daily basis. He is demanding the (custody) schedule be followed, while she has great concerns, considering one of the children is auto-immune deficient. I cannot get a hold of anyone at the court to attempt to address this,” one attorney said.

“The husband makes the majority of the money and he leaves the family and cuts his wife off financially. Without the court’s help, the husband may not have to give her dime,” said another attorney.

WCPO reached out to all three Hamilton County domestic relations judges for an interview. Only Judge Amy Searcy agreed. That interview occurred after WCPO interviewed Warren County Domestic Relations Court Magistrate Anne Flottman, who is running against Searcy in November.

“I don’t think anyone would be referring to this court if they were talking about retribution,” Searcy said. “They may say they feel that way, but I don’t think it’s legitimate.”

In a May 14 written statement to WCPO signed by all three judges, they wrote, “Our court was ‘open for business’ every day with limited interruptions.”

But a review of dockets on the Hamilton County Clerk of Court’s website showed that none of the three judges had any cases on their public dockets from March 17 to April 13.

In fact, Sieve had just one case on his public docket during the eight-week period from March 16 to May 8.

“Administrative Judge Jon Sieve's dockets were re-set during the COVID-19 court limited services period in compliance with Dr. Amy Acton's stay at home orders. In addition, the court needed him to be available to hear any matter that came in on an emergency basis requiring a setting before a judge versus a magistrate,” domestic relations court administrator Lisa Gorrasi wrote in a response to WCPO.

In contrast, the only domestic relations judge in Warren County, Jeffrey Kirby, had 163 cases on his public docket during the same eight-week time period.

However, Warren County’s domestic relations court operated at full staff. In Hamilton County, 85% of court staff was furloughed for four weeks to plug a countywide budget hole caused by the pandemic.

That furlough did not apply to the three Hamilton County domestic relations judges, who each earn $150,183 per year.

“All we’re asking for is a dialogue with the court so we can tell our clients what’s going on, what to expect,” said one attorney who requested anonymity. “It seems like the other counties, Clermont, Butler and Warren … they are doing everything they can to move their cases along.”

The controversy began when Ohio officials shuttered schools and businesses in mid-March and ordered residents to stay home to stop the spread of the highly contagious virus.

Ohio Supreme Court Chief Justice Maureen O’Connor issued guidelines about how courts should balance access to justice with safety, but local judges made the final decisions about their own courthouse operations.

That left room for wide disparity in how courthouses across the state operated, and how judges continue to work more than nine weeks later.

In Hamilton County, domestic relations judges signed an order on March 14 suspending all hearings for one month, except for emergency domestic violence hearings. They also banned all court filings, such as motions for child support, for three weeks.

Meanwhile, courts in Clermont, Butler, Warren and many other counties across Ohio, were operating in a much different way.

“All along our clerk’s office has been open. The only change we made was you brought in your paperwork and you left it in a bin in the very front and it sat there for 24 hours before we asked an employee to pick it up,” Flottman said of Warren County Domestic Relations Court operations.

Flottman practiced domestic law in Hamilton County for 14 years before becoming a magistrate in Warren County.

“We have previously provided you with copies of the orders and protocols of Butler, Clermont, and Warren counties (as well as the larger counties like Franklin and Cuyahoga) to keep their courts as open and accessible to the public they serve as much as possible under the circumstances,” attorneys wrote in their letter to Sieve.

But Searcy said comparing courthouses in an urban area like Hamilton County, which had a much higher percentage of COVID-19 cases, with rural neighboring communities, is “comparing apples to oranges.”

Searcy said many attorneys and litigants didn’t want to come to the courthouse out of fear of getting sick.

“Our doors have not been closed one single second,” Searcy said. "But we have to balance what we have to do for the community, what our responsibility is, we have to balance that with the other orders that say, 'Protect people's health and safety, flatten the curve, don't spread the germs.'"

Searcy’s public docket from March 16 to May 8 contains 15 cases, or an average of two cases per week.

This was dramatically less than her workload before the stay-at-home order took effect. In just one week from March 9 to 13, her public docket contained 35 cases.

Her public docket from March 16 to April 6 was empty during the partial court closure, except for one phone conference. But she said that doesn't reflect her entire workload of rescheduling hearings, answering questions from magistrates, fielding phone calls and signing 59 court orders and decisions during those three weeks.

The workload for all three Hamilton County domestic relations judges increased by several cases per day, on average, last week after WCPO began asking questions. That’s according to public dockets reviewed on the clerk of court’s website.

Just weeks ago, attorneys wrote in their letter that they could not reach magistrates or judges in Hamilton County.

“We would also like to see the court hold telephone hearings, or ideally hearings via a video conferencing program,” attorneys wrote. “Presently, we cannot reach magistrates or judges by telephone.”

Searcy said this new technology will allow her to conduct hearings faster and catch up on postponed cases.