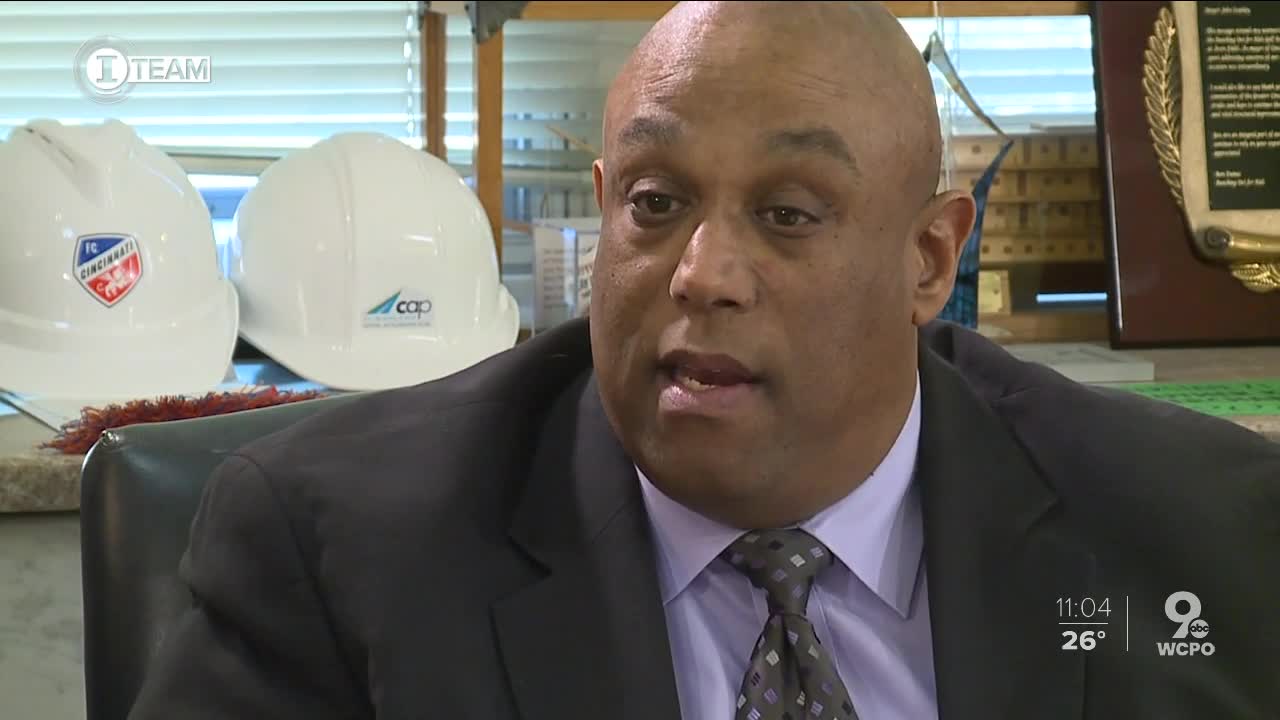 After multiple WCPO 9 I-Team investigations dating back to 2016 found that Cincinnati police pull over black motorists more often than white motorists, city leaders say the disparity isn’t a result of racial bias and the 2002 Collaborative Agreement to correct policing is working. Instead, the traffic stop trend is based on calls for service in areas that happen to have more people of color, officials say. 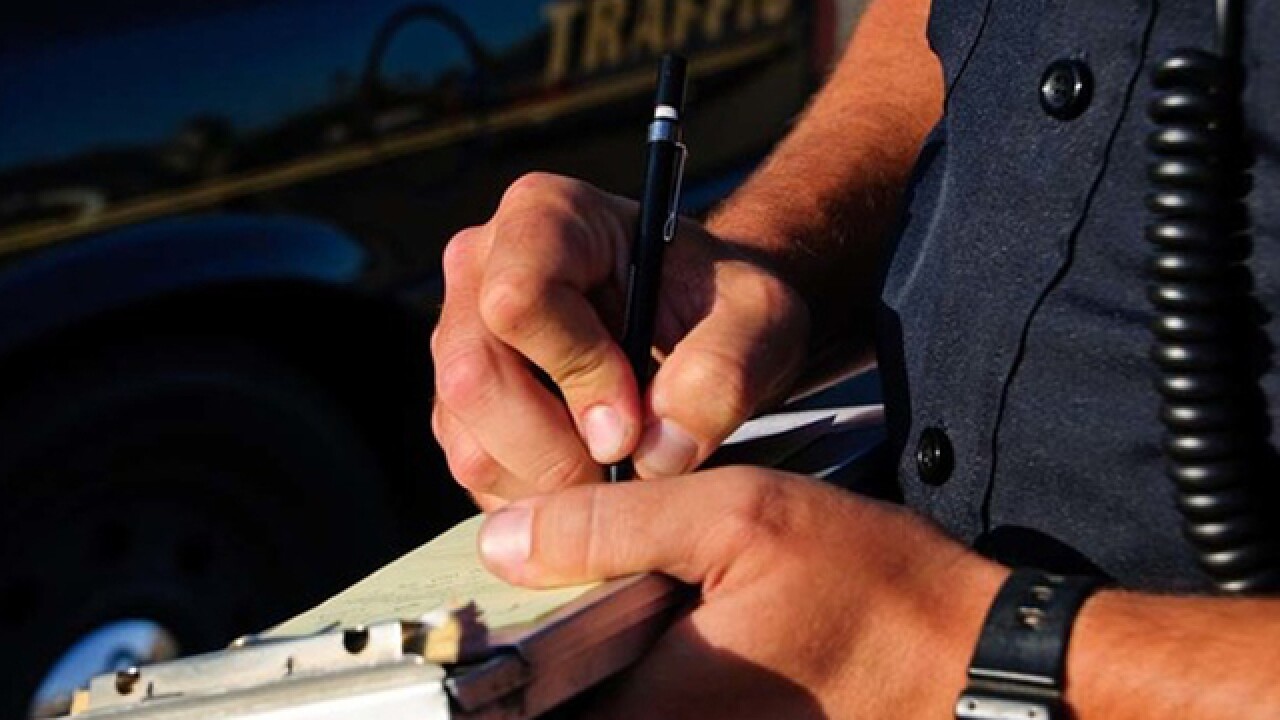 CINCINNATI — After multiple WCPO 9 I-Team investigations dating back to 2016 found that Cincinnati police pull over black motorists more often than white motorists, city leaders say the disparity isn’t a result of racial bias and the 2002 Collaborative Agreement to correct policing is working.

Instead, the traffic stop trend is based on calls for service in areas that happen to have more people of color, officials say.

“We’re disturbed by discrepancies when they come out,” Cincinnati Mayor John Cranley told WCPO. “We don’t want them, and we published this data precisely because we welcome the discussions and the debate.”

Police Chief Eliot Isaac said the disparity is a result of repeat calls to Cincinnati neighborhoods where “social conditions” increase the likelihood of crime.

Cincinnati officers pulled over less than half as many motorists in 2019 than they did 10 years prior, but they are still pulling over a larger share of black drivers than white drivers.

Of all motorists that Cincinnati police stopped in 2009, 55.9% of them were black, according to city and police data.

“You’ve seen a significant reduction in traffic stops overall, but yet you don’t see a reduction in the disparity,” Isaac said. “It concerns me as well. I’m an African American male. I have nephews, I have friends and families that live in these communities that we’re discussing.”

According to CincyInsights, the city's official open data portal, the neighborhoods with the highest number of traffic stops in 2019 were East Price Hill, Avondale, West End, Walnut Hills and Westwood.

Cincinnati’s population is 42.7% black, according to the most recent Census data.

See the city's data on traffic stops, arrests and more in the viewer below.

Isaac said more traffic stops occur in areas where there is a larger police presence based on repeat crashes, calls for service, violent crime and shootings in those areas.

Isaac said the study doesn’t leave an answer as to what should be done next.

“I believe that these disparities exist because of social conditions, not because of any type of racial bias or any implicit bias on the part of our officers. This should not be dumped at the feet of police,” Isaac said.

Still, Cincinnati Black United Front member Jesse Roley said he is concerned officers might be using traffic stops to look for other potential offenses. The activist coalition, along with the American Civil Liberties Union (ACLU) of Ohio, filed a lawsuit in the early 2000s alleging a decades-long pattern of racial profiling by the Cincinnati Police Department.

“Please don’t pull me over and say, ‘Have a good day’ because you were fishing and didn’t catch nothing. My skin color is not probable cause,” Roley said.

Roley said he believes repeated stops in these neighborhoods could “traumatize” the people involved and have a negative effect on the community.

The work to correct the disparity in Cincinnati police treatment of African Americans began roughly 18 years ago after four days of Downtown civil unrest in 2001. Sparked by the acquittal of Cincinnati Patrolman Stephen Roach, who fatally shot unarmed 19-year-old Timothy Thomas, the civil unrest caused millions of dollars in damage.

In the riots and boycotts and Department of Justice investigation that followed, there were two agreements: One, with the Department of Justice, called on the city to reform its use-of-force policies and practices; and the other, the Collaborative Agreement, was historic in recognizing community members as partners in fighting crime, rather than as people who should be viewed as potential criminals.

The U.S. Justice Department supervised Cincinnati police while the agreement directed attention to use of force tactics and better community relations.

Through the agreement, the city introduced Tasers to all officers, implemented mental health and substance abuse response training, de-escalation tactics and implicit bias training over the next 18 years.

Court oversight of the plan ended in 2008, and the Cincinnati-contracted RAND Corporation evaluated progress toward the goals of the agreement in a study lasting five years and ultimately extended by one year.

“RAND’s final evaluation report was published, concluding that relations were improving,” a city memo says of the study published in 2009. Because of the changes, Cranley told WCPO the Collaborative Agreement helped shift focus from regulating misdemeanors to preventing serious violent crimes.

“While it doesn’t erase the discrepancy between black and white pullover rates, the fact that the number has gone down so dramatically is also an intentional thing on our part to get less people caught up in the criminal justice system based on smaller, misdemeanor offenses,” Cranley said.

In spite of the lower arrest numbers, Iris Roley, who is currently on the City Manager's Advisory Group and has been involved with the Collaborative since the beginning, is worried the traffic stop trend could indicate a return to pre-Collaborative Agreement policing.

“My phone is ringing off the hook and more children are being arrested,” she said. "And so we’re not having the opportunity to do problem solving like we said that we would do. That is the foundation of the agreement."

With the original agreement soon turning 20 years old, she said it’s unclear to her what progress has been made.

But Isaac said the solution can’t end with the police force.

“I think that we need to continue to work with more of our academic partners and really ask those questions: Why are these social conditions continuing to exist that bring policing in certain neighborhoods?” Isaac asked.