West End churches could be toppled by stadium project

Loss of 1865 synagogue 'an absolute tragedy' 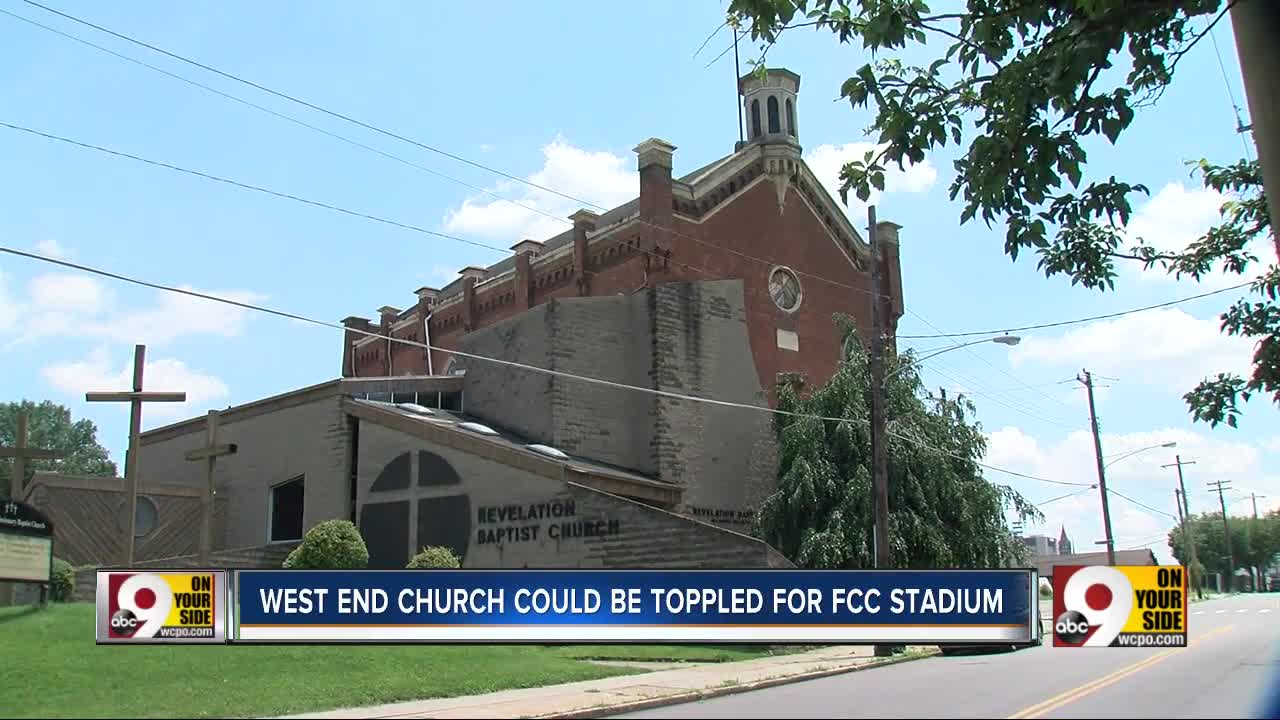 A pair of West End churches could face the wrecking ball as FC Cincinnati and its development partners at the Port of Greater Cincinnati Development Authority focus their attention on the blocks north of the team’s $250 million soccer stadium construction site. 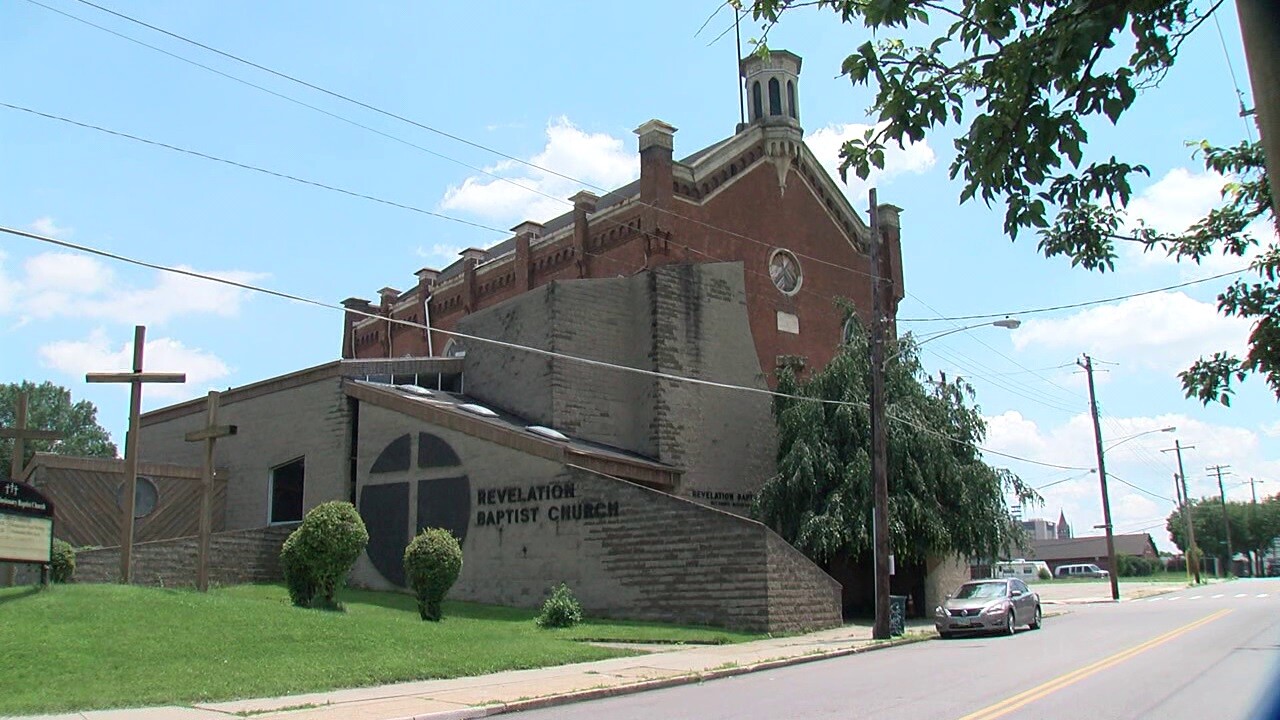 CINCINNATI — A pair of West End churches could face the wrecking ball as FC Cincinnati and its development partners at the Port of Greater Cincinnati Development Authority focus their attention on the blocks north of the team’s $250 million soccer stadium construction site.

FC Cincinnati sought a demolition permit July 3 for the Revelation Missionary Baptist Church at 1556 John St. Built in 1865, the church is the second-oldest structure in Cincinnati that was constructed as a synagogue.

The Port requested a permit July 15 to demolish the former home of the Midtown Congregation of Jehovah's Witnesses at 1535 Central Ave.

Neither permit has been granted. City records show the building department is waiting for documentation on demolition contractors and has yet to complete a zoning plan exam on the requests.

The Port paid $3.25 million for the Jehovah's Witness property, money that came from the team, CEO Laura Brunner said. At least part of the site will be used for an expanded stadium footprint, she added. The team has also indicated in the past that it’s interested in using part of that site for handicap-accessible parking.

FC Cincinnati declined to comment on its plans for the John Street property. The team has been talking to Hamilton County about potential sites for county-funded garages that could provide up to 1,100 spaces for stadium events.

The team and the Port have acquired dozens of real estate parcels in the blocks bordered by Liberty Street, Central Parkway, John Street and the stadium site. FC Cincinnati President Jeff Berding told WCPO in June that there are no definitive plans for the properties but the team has talked to developers about office, retail and other commercial projects that could work in those blocks.

“Obviously, we’re keeping a close eye on what development may occur in the future around the stadium,” he said. “We don’t have any specific plans today in terms of what that could look like. We’re very focused on our stadium.”

Hamilton County records did not disclose a purchase price for the church properties. A listing on the website of Coldwell Banker West Shell said the former synagogue on John Street was sold for $3 million.

The church is historically significant, said Paul Muller, executive director of the Cincinnati Preservation Association. But it has not been designated as historic and it’s not in a historic district, so Muller thinks the permit is likely to be granted.

“There’s nothing to protect it,” Muller said. “It really is an absolute tragedy that the building will be torn down.”

It was built in 1865 to house Ahavath Achim, or the Congregation of Brotherly Love, said photographer J. Miles Wolf. He researched the property for his exhibit, “Jewish Cincinnati: A Photographic History,” which ran from October to January at the Skirball Museum at Hebrew Union College.

“It’s one year older than Plum Street Temple,” said Wolf. “I think it’s worth saving just because it was built as a temple in 1865. You know, there’s just not many buildings left in Cincinnati from 1865.”

Wolf said Ahavath Achim sold the building in 1906 to a Lutheran congregation that added stained glass windows and reconfigured its sanctuary. The building was further modified after 1933, when Revelation Missionary Baptist Church adopted it as its home for 86 years.

But that doesn’t mean the building lacks historic significance, said Todd Ingram, an associate minister for Revelation Missionary Baptist Church. He grew up as a member of the church and is intrigued by the Hebrew writing, etched in stone on the building’s façade.

“Certainly, the history of this being a place of worship in the West End of Cincinnati is rich and deep,” Ingram told WCPO during a recent tour of the property. “These wonderful stained-glass windows … If you look closely you can see German writing. Each window is a donation from a member."

Ingram said the church is hoping to move at least some of the windows to its next location in the College Hill area. Ingram is hoping the building itself can be saved but didn’t know what the team is planning.

Tia Brown would also like the building to remain. The West End resident works for Seven Hills Neighborhood Houses and serves on a 17-member community coalition that was created to foster dialogue between the team and the West End community.

Brown said the church played a significant role in the development of faith organizations in the West End.

“From what I learned a lot of churches started at that church and then branched out and got their own locations," Brown said. “When I found out they bought the church I sent them an email asking, 'Hey, can the church be turned into some kind of West End African-American museum or something like that?' And they commented back you know we're not interested in doing that at this time.”