Voided votes: Why did 8 local counties reject 5,800 ballots this spring? 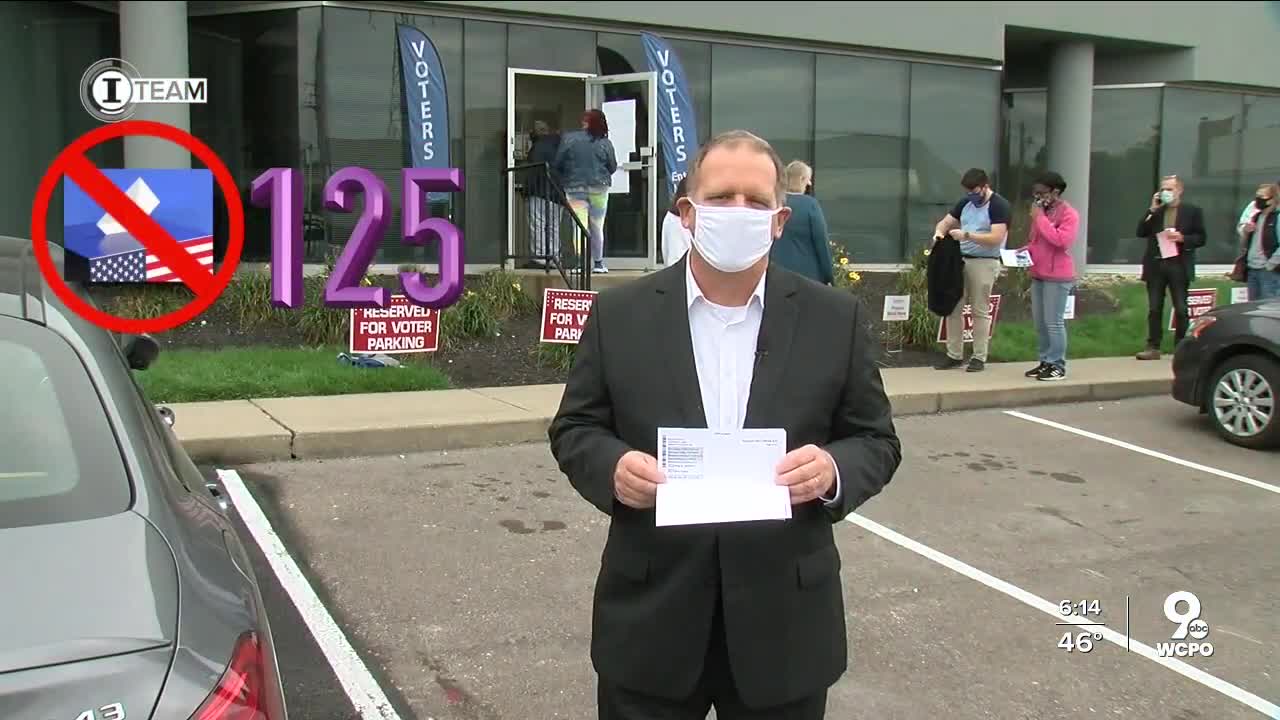 Deerfield Township resident Laura West was surprised to learn that eight local boards of elections rejected 5,796 absentee ballots in the presidential primaries this year, based on the I-Team's analysis. 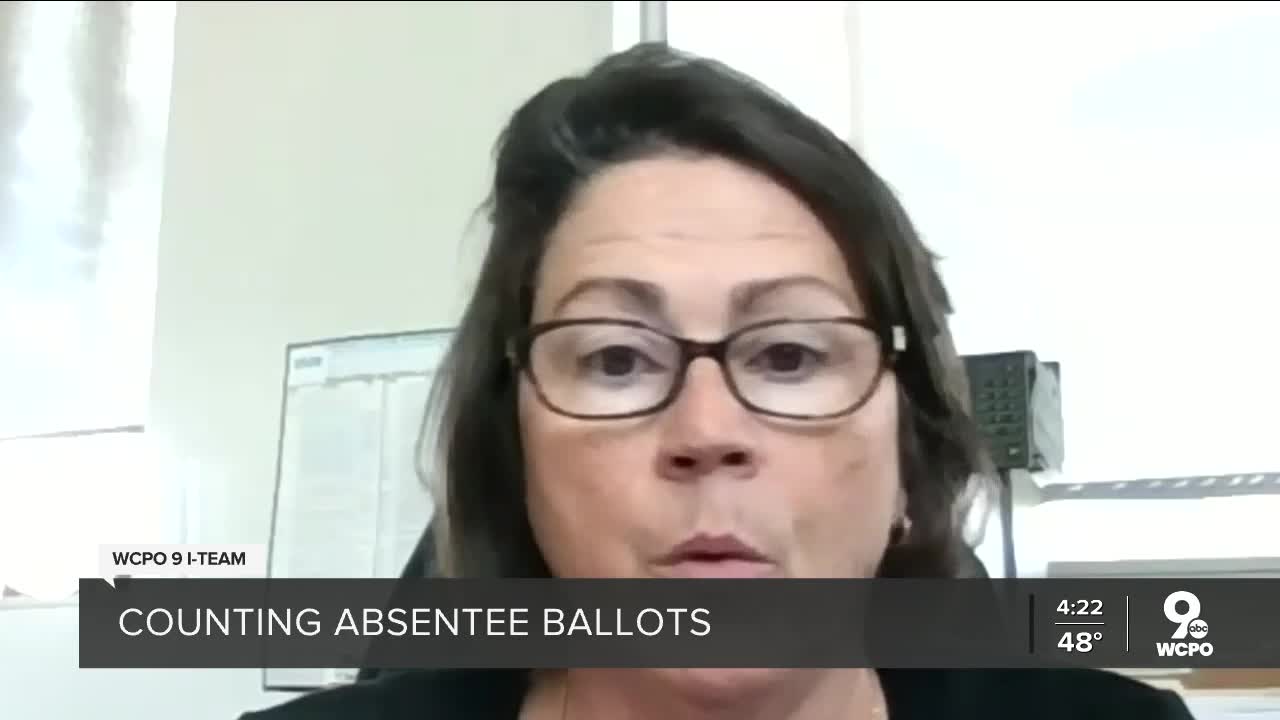 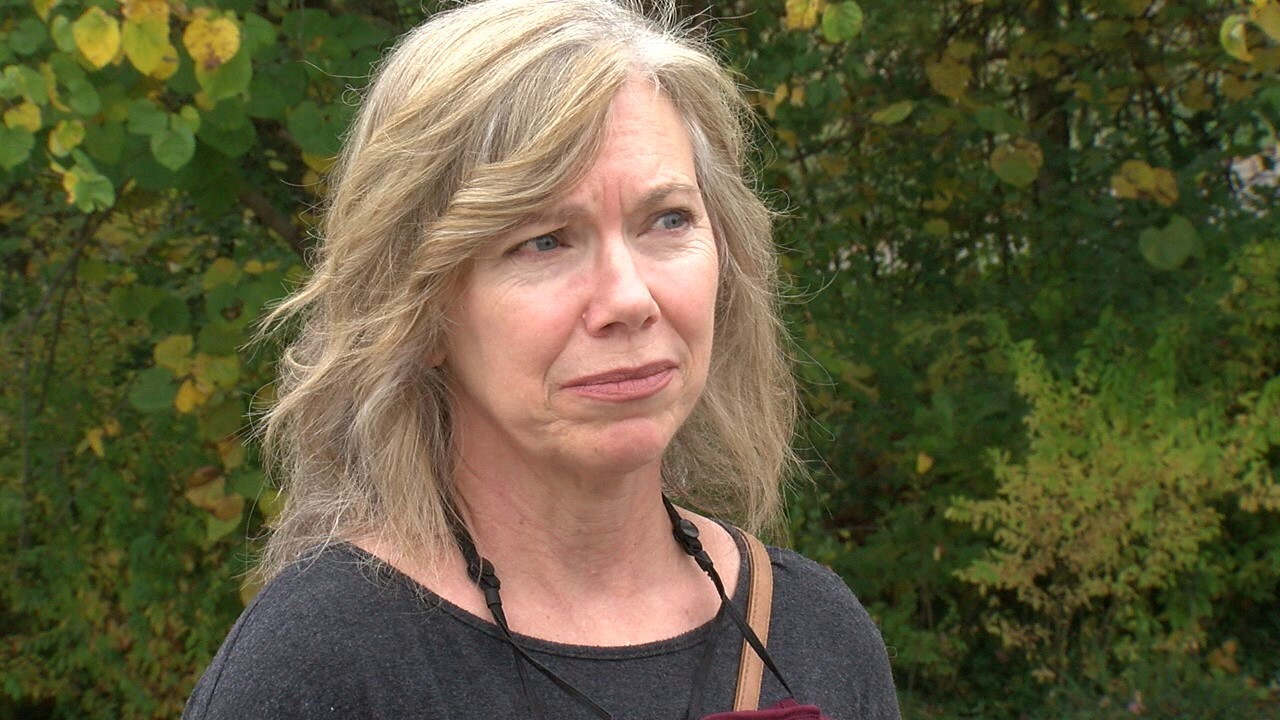 CINCINNATI — Deerfield Township resident Laura West was surprised to learn that eight local boards of elections rejected 5,796 absentee ballots in the presidential primaries this year, based on the I-Team's analysis.

She was even more surprised to learn that her ballot was among them. Warren County records show West’s ballot was returned without a signature in Ohio’s April 28 primary.

“It’s concerning,” said West. “It’s all the more reason to be cautious, to vote early, to review your vote before you submit it. Just to make sure that your vote is going to count.”

The WCPO 9 I-Team obtained records from the eight local counties closest to Cincinnati to determine how well the voting process is working in this year’s pandemic-plagued elections. These counties have a combined 1.5 million registered voters, 23.7% of whom turned out to vote in Ohio, Kentucky and Indiana primaries between March and June. Of the 352,000 ballots cast, 91.7% were absentee ballots.

As a group, the eight counties rejected 1.8% of all absentee ballots returned to them. Late-arriving ballots accounted for nearly half of the rejections. Signature problems caused 1,531 rejections, or about 26.4%.

Dearborn County, which has the fewest registered voters, also had the region’s lowest rejection rate. Its 11 tossed ballots represented 0.7% of the 1,953 absentee ballots it received.

Kenton County ranks fourth in the region with 138,000 registered voters, but it ranked first in both the number and percentage of rejected ballots. It discarded 7.2% of the 26,249 absentee ballots it received.

“Kentucky is not built for mail-in voting,” said Kenton County clerk Gabrielle Summe, who expects the rejection rate to decline in the Nov. 3 general election. “We’re much better at it this time than we were in the primary. I have enough people. I got enough supplies. I’ve got it set up better.”

Election officials always face a difficult task of guarding against voter fraud while ensuring all legitimate votes are counted, said Kevin Tighe, managing member of the political consulting firm Good Government Group LLC. Although he couldn’t say what level of rejections is too many, Tighe said he was disturbed by the number of rejections discovered by the I-Team.

“By having thousands of people (with) their votes being rejected, that can absolutely change the results of an election,” he said. “By all means we should have a level of scrutiny. But that scrutiny should not make it inordinately difficult for peoples’ votes to be counted.”

The I-Team also analyzed voting patterns in the spring primaries and discovered some evidence that Ohio’s shift to mail-in ballots may have caused some of the region’s most active voters to sit out the April 28 election. We compared the list of voters who participated in the 2020 primary to “frequent voters,” meaning those that voted in every other primary and general election since 2014. We learned that 26% of those “frequent voters” did not vote in Ohio’s spring primary.

Tighe called it “a staggering indicator of the pandemic's influence on the recent election.

"The suspension of in-person voting on March 17 could have been why so many voters didn't participate in this recent primary," he said. "People were prepared to vote in person, but at the 11th hour, that option was taken away from them.”

West said she tries never to miss an election, which makes it more disappointing that her vote wasn’t counted in April.

“Apparently, it was because I failed to sign the ballot,” she said. “I don’t know if that means it wasn’t signed at all or if it was signed inaccurately with my middle name or something like that.”

West was a political science major at the University of Dayton and worked as an economic development officer for the city of Cincinnati in the 1990s. She said she believes in the power of voting, particularly on local issues. Warren County’s rejection kept West from voting in the Democratic primary for Ohio’s First Congressional District and weighing in on a bond issue for the Kings Local School District.

“I was very disappointed about that,” she said.

The county then mailed her a "problem letter” saying “she needed to come in and provide her signature or mail the form back for her ballot to count. She did not provide any contact information or we would have called her,” Sleeth added.

Warren County had the region’s second-lowest rejection rate, pitching 0.7%, or 331 of the 45,264 absentee ballots it received via the mailbox and the drop box. Sleeth expects that rejection rate to remain low in November because the county has more time to “cure” problem ballots by contacting voters to secure missing information.

Sleeth said the county currently has about 7,000 more registered voters than it had in the spring, but its number of absentee-ballot applications is roughly the same. Early voting and ballots cast in person on Election Day will play a larger role in the outcome.

“I worry about the lines,” Sleeth said. “With people now six feet apart, it’s going to make the lines look a lot longer. So, I think it might discourage people if they see long lines. But they generally move pretty quickly.”

It’s not just the vote counters who are worried about potential problems in this year’s elections. Voters have received an unhealthy dose of conspiracy theories this year about the risk of voter fraud and lawsuits are piling up over attempts to restrict how ballots are collected.

“I personally don’t care for that kind of rhetoric,” said Clermont County voter Cindy Scott. “If there’s an issue, fix it. But let’s stop the fear.”

Scott grew concerned this month when she received four applications to request an absentee ballot. She destroyed three and sent one to the Clermont County Board of Elections, which sent her two ballots, including one from the wrong voting precinct.

“It kind of makes you wonder, well how’d that happen?” said Scott, who retired to the Loveland area after a 20-year career as an engineer and weather specialist in the U.S. Air Force.

Clermont County elections director Julia Carney said Scott was one of “about five voters out of 36,000” who received incorrect ballots in October.

“The automated printing and mailing equipment determined there was an issue and diverted the ballots from the rest of the mailing,” Carney said in an email. “But, unfortunately, a human placed those ballots back with the ballots to be mailed.”

Scott said the county voided the incorrect ballot and later verified that her absentee ballot will be counted on Election Day.

“It worries me that there might be a lot of people out there that might have issues like I’ve had and not know what to do,” Scott said.

No ballots in the basement

In Kenton County, the number of rejected ballots should decline precipitously, thanks to a new set of emergency guidelines that directs boards of elections not to reject absentee ballots in which voters fail to sign their names on both a yellow “inside” envelope and a white “outside” envelope.

This problem accounted for nearly half of the 1,903 of the ballots rejected in June, said Summe, Kenton County’s clerk since 2010.

“We followed what had always been done here, forever,” Summe said. “And if they were missing a signature on the outside or the inside, they were rejected.”

But after the election, Summe learned other counties were interpreting the rule differently. Some of them counted ballots with one signature, she said, while others contacted voters to request more information. She brought the issue to Kentucky’s County Clerk’s Association, which led to its inclusion in a list of “universal directives” that boards of election should take into consideration when reviewing irregular ballots.

“If I can open up the envelope and there’s a signature and I have something to verify, we’re good,” Summe said. “That ballot will no longer be rejected.”

That’s good news in an environment when voters are already skeptical about whether their vote will count.

“I had somebody tell me that they think I just hold (absentee ballots) in the basement and then see what races are close and then I count those,” Summe said. “Unfortunately, there’s a lot of misunderstanding about the process itself.”

Hamilton County Republican Party chairman Alex Triantafilou said the elections professionals in Ohio can be relied upon to count votes in a fair and non-partisan manner.

"There is all this hysteria around the election that's all part of the over-heated rhetoric that exists in 2020 on every topic," Triantafilou said. "In Ohio, I think the right balance has been struck. We follow the law to its letter."

“Every vote that doesn’t count because of some error is something that troubles us, especially in a close election,” Pepper said. “People need to be vigilant. Act like you’re taking a test. Read that information sheet closely. Have someone else make sure you did it right. Get it in and then track your ballot, which you can do. And if there’s a problem, you can correct it.”

After being rejected in the primary, Laura West stepped up her game by hand-delivering her Nov. 3 ballot to the Warren County Board of Elections on October 10. A few days later, she confirmed online that the ballot was accepted.

“I used abundant care to make sure that everything was signed, signed properly, signed exactly as my name was indicated on the envelope,” she said. “I was very concerned about the vote possibly being voided again.”