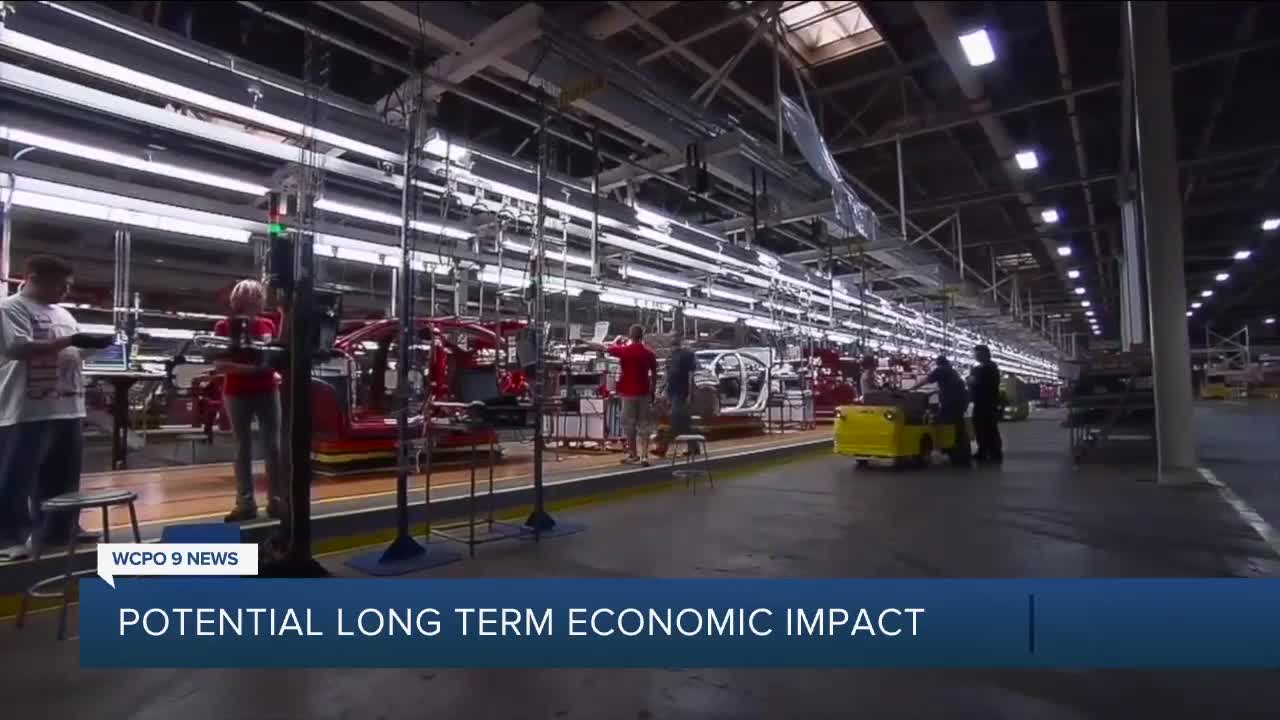 Before the COVID 19 crisis emerged, economists were predicting about 2 percent growth for the local economy in 2020 and job growth up to 1.5 percent. Now, they’re saying it will be at least 18 months before this region is as healthy as it was two months ago.

Northern Kentucky University Economist Janet Harrah agreed that a recession has begun in the Tri-State, driven by the closure of restaurants, tourist attractions, schools and other public gathering spots. The severity of the downturn will depend on how long the health crisis lasts.

“Our economy is the same as the rest of the U.S. economy in that it’s obviously going to impact it significantly. But it’s not going to be impacted evenly across all industries,” said Harrah, senior director of the Center for Economic Analysis and Development at Northern Kentucky University.

Harrah and Hoffman have been following the Cincinnati economy for decades. They both said our region has some structural advantages that could allow it to weather the coming storm better than other cities.

But their views are in lockstep with national and global forecasts that predict a shrinking economy through June followed by a return to economic growth in the second half of this year. All of the projections are based on the assumption that the countries can “flatten the curve” of coronavirus infection rates in the next few months.

“I don’t think we know yet,” Harrah said. “I’m expecting that we will have a downturn, but if anybody’s trying to tell you they can forecast what’s going to happen, I don’t believe them. I just don’t think we know enough yet to answer those questions.”

Harrah agrees with national forecasts projecting a decline of up to 3 percent in first-quarter figures for the U.S. gross domestic product, which measures the total value of all goods and services produced. She thinks the drop will be more severe in the second quarter but isn’t willing to hazard a guess beyond that.

“We could have a recession like after 9/11,” she said. “It was a very short recession, lasted less than a year. And we recovered fully within less than two years. Or we could have a longer recession like we did in 2008. It was a long recession. We lost 7.4 million jobs nationally. And it took us six years to recover. No one knows which type of recession we’re going to have yet.”

Hoffman said PNC’s team of economists will publish a report this week projecting a 2 to 3 percent decline in first quarter GDP followed by a decline of more than 10 percent in April, May and June. They expect the nation’s jobless rate to peak this fall at 6.5 to 7 percent and GDP growth to reach up to 10 percent by the fourth quarter.

“That assumes the virus ends in two to three months because of what our health professionals do,” Hoffman said. “If we’re able to do it, I don’t see any reason why the economy wouldn’t recover when people begin to recover.”

Harrah said some segments of the economy will fare better than others.

“If we look at the health care industry in Cincinnati metropolitan area and we add in people that work in grocery stores, that represents about 125,000 jobs,” she said. “Obviously those people are not losing their jobs. They’re not getting reduced hours. They’re going to continue working full out and in fact in the hospital sector they’re probably going to be working overtime.”

The hardest-hit segment is the entertainment industry, Harrah said.

“Movie theaters, museums, restaurants, bars, when we take all those together, those also represent 125,000 jobs in our market. And those are going to see lots of furloughs, lots of job losses, lots of reduced hours,” she said. “And then there’s a whole bunch of industries in between.”

Portions of the manufacturing segment, including automotive and aerospace, have already started to furlough workers.

“But we also have other manufacturing facilities like P&G’s toilet paper factory,” Harrah said. “They’re gearing up with second and third shifts.”

Package delivery companies like DHL and Amazon will continue to grow employment, thanks to surging demand for online shopping. But the local labor market, which includes more than a million jobs, will not be able to avoid a temporary shrinkage of up to 20 percent, Harrah said.

Cincinnati’s only ace in the hole is the presence of three big employers that manufacture or distribute consumer staples – products that will continue to be sold through the health-care crisis.

“Kroger obviously is a big help. Maybe that does soften the blow a little bit,” Hoffman said. “Amazon, Procter & Gamble and Kroger could be very good. Large employers that will have the cash flow and the business to be able to function closer to normal than the airlines and hotels and restaurants and all the other services that we do with our lives that are basically shut down.”