'Preference should go to those mandated to close' 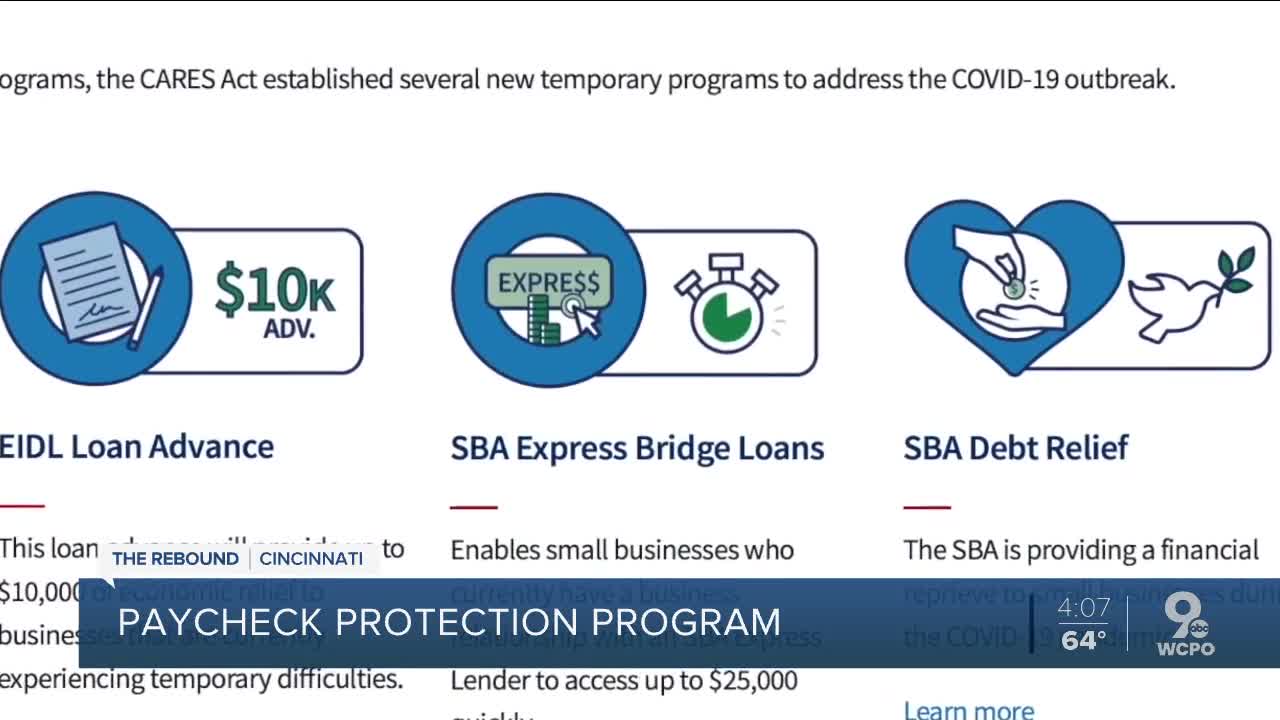 As round two begins for the SBA's Paycheck Protection Program, local applicants await answers from round one.

CINCINNATI — When the money ran out in round one of the Paycheck Protection Program, Over-the-Rhine’s Know Theatre joined the crowded pool of cash-strapped companies in PPP loan limbo.

PPP is part of the CARES Act, a $2.2-trillion stimulus bill aimed at supporting the economy through the COVID-19 pandemic. The $350 billion SBA loan program ran out of money in 14 days, leaving more than 700,000 loan applications unfinished.

Know Theatre applied for a $58,000 loan through PNC Bank in March to keep eight full-time employees working. Producing artistic director Andrew Hungerford believes the loan has been approved by the SBA but the funding ran out before his loan proceeds arrived.

Now that Congress has approved an additional $310 billion for the program, Hungerford's nonprofit expects to have money in hand soon. But he was disturbed to learn that new applicants from round two — which begins today — could actually be approved before his deal can be finalized.

“That’s deeply unfair to all of the organizations that have already gotten their paperwork in, and also to all of the banks that have been working so hard to process all of these loan applications,” Hungerford said. “It sort of undercuts all of the work that’s already been done.”

Ohio Rep. Steve Chabot said there is no preference for first-round applicants in the PPP, which delivered $342.3 billion in loans to nearly 1.7 million borrowers through April 16. But the ranking Republican on the House Committee on Small Business said there should be enough money to handle every qualified applicant in the queue.

“If you happen to have a bank or a credit union that’s lax and isn’t doing a very good job and your application’s sitting on somebody’s desk in the back room and somebody else goes to a bank that’s more on the ball, well, the other person might get their loan before you,” Chabot said. “So there’s nothing that absolutely requires it, but the understanding is, from everybody that I’ve talked to, is that if you’re in the queue now, — you’ve already been approved, for example — and they ran out of money and that’s the only thing that stopped you, the odds are you’re going to be ahead of anybody else.”

That’s not quite good enough to satisfy Newport Fitness owner Emily Wagner, who requested a $35,000 loan April 6 through U.S. Bank. Wagner laid off 16 part-time employees when Kentucky Governor Andy Beshear ordered gyms to close March 17. The bank recently told her the loan is “ready for submittal” to the SBA. She isn’t sure when or whether she’ll get the money.

“I think the preference should go to those people who were mandated to close,” Wagner said. “They’re going to have 100% loss of income for the duration of the shutdown. Therefore, I think they should be prioritized over others.”

Wagner is still stinging over news reports that large publicly traded companies received millions in the first round of PPP, prompting a public outcry that caused some of the borrowers to give the money back. One of those borrowers, the parent company of Ruth’s Chris Steak House, has promised to return $20 million.

The U.S. Treasury Department published four pages of new regulatory guidance in advance of round two, including a promise not to take legal action against companies that return money they shouldn’t have received in round one. That rule says “a public company with substantial market value and access to capital markets” would be unlikely to meet one of the standards for obtaining a PPP loan: Certifying that “economic uncertainty makes this loan necessary.”

Because the rule wasn’t clarified until April 23, the Treasury Department waived enforcement actions against any company that “repays the loan in full by May 7, 2020.”

But that’s not the only rule change that raised eyebrows in the days leading up to PPP round two. The Federal Reserve Board also waived its restriction on insider loans to allow bank directors to receive Paycheck Protection loans from the banks they oversee.

In an April 17 statement, the Fed said it modified the rule, known as Regulation O, because the SBA had already published guidelines allowing banks to make PPP loans to “businesses owned by their directors and certain shareholders, subject to certain limits and without favoritism.”

That’s a plot twist Hungerford finds hard to fathom as he waits patiently for a PPP loan that could keep Know Theatre afloat.

“I don’t see why directors on the board of a bank can’t just approach a different bank,” he said. “That seems like a not particularly burdensome hurdle.”

Because the loan is so important to his nonprofit, Hungerford has consumed every scrap of information he could find on PPP. He hasn’t always found it encouraging.

“I’ve heard news of a number of companies that decided their bank wasn’t moving fast enough, so they went with a much smaller bank,” he said, “sometimes applying for multiple loans simultaneously and then just accepting the one that got approved first.”

Rep. Chabot said problems were inevitable for legislation that was passed quickly in the middle of a national emergency, but it’s important to remember that PPP delivered more than 14 years of small-business loan volume in about two weeks.

“Everyone involved from the President to the leaders in the House and Senate knew the legislation wasn’t going to be perfect,” Chabot said. “But ultimately it passed unanimously in both the Senate and the House because we felt that it was that critical that we get something done to save these small businesses all across the country.”

In its most recent update, the SBA said 59,800 Ohio borrowers received $14.1 billion in loans in PPP round one. Kentucky got $4.1 billion for 23,797 borrowers, while Indiana’s 35,990 recipients split $7.5 billion. For all the controversy over jumbo loans, round one delivered more than 1.4 million loans to organizations that borrowed $350,000 or less.

And not every borrower in PPP loan limbo is fretting over the program. Matt Hughes runs an after-school tutoring program in the Winton Woods school district. Envision Children hopes to bring employees back to work on a limited basis in May after getting word from PNC Bank that its PPP loan is approved.

It’s one of two loans Hughes sought from SBA programs authorized by the Cares Act. The other is an Economic Injury Disaster Loan, which offered $10,000 grants to borrowers who clicked a button during the application process.

“We just received our $10,000 towards that initial loan two days ago,” Hughes said. “It hit our bank account and, believe me, I was surprised because I’d heard so many bad things from other people about how much trouble they were having.”

WCPO 9 is tracking unemployment in our area so that we can help find solutions, identify patterns and trends, and tell the stories of people who are finding a way through this pandemic. If you would like to share your information with us, we will not publish or air your personal information unless we follow up with you. We may contact you if we want to talk to you about a story. Fill out the form below, or click here.