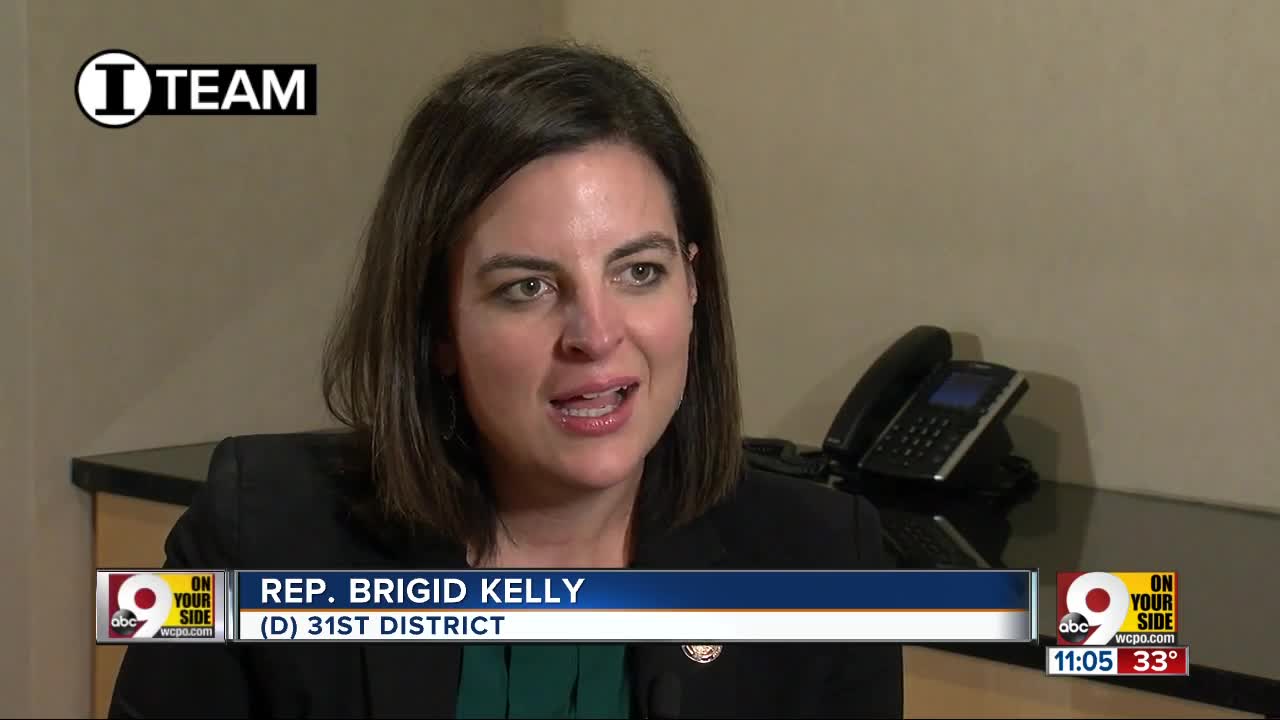 An influential leader in the Ohio House is 'open' to reform civil statute of limitations for child sex abuse cases but don't hold your breath for radical changes.

CINCINNATI — The author of a 2006 bill that reformed Ohio’s civil statute of limitations for child sex abuse wants to revise the law again after reviewing materials uncovered in the I-Team’s three-month investigation of the Catholic Church.

Rep. Bill Seitz, a Republican from Green Township, said he would like to encourage more public disclosure in the church and correct problems a Columbus judge cited in 2010. As majority floor leader, Seitz sets the Republican agenda in the House. So, his endorsement of statute of limitations reform is significant. But just like in 2006, Seitz is approaching the topic cautiously. He doesn’t want to make it too easy for people to seek financial damages over abuse that happened decades ago.

“That will bankrupt institutions that have done and continue to do a lot of good in our community,” Seitz said. “It’s going to make a relatively small number of people very wealthy who have inordinately delayed in bringing forward their claims to the point where we cannot be certain that they are telling the truth.”

In a series of reports titled “Culture of Silence,” the WCPO I-Team documented how the Archdiocese of Cincinnati, the Diocese of Covington and some local religious orders are failing to disclose the identities, whereabouts and behavior of dozens of priests and brothers publicly accused of sexually abusing children. Critics of the church said that concealment is enabled by Ohio’s statute of limitations, which discourages civil lawsuits by requiring victims of child sexual abuse to file them before they turn 30.

The Archdiocese of Cincinnati said it has no position on the statute of limitations.

“There’s a long line of justice delayed and of inaction on the part of the church specifically,” Rep. Brigid Kelly, a Democrat who represents Ohio’s 31st district, which includes 17 neighborhoods from Northside to Amberly Village. “I think that folks who are victims deserve to be heard and deserve to pursue their case regardless of the timeline.”

Kelly supports the establishment of a three-year window that would let victims of child sex abuse file new lawsuits over allegations that are time-barred by existing law.

The Ohio House has been exploring statute of limitations reform since May, when Republican Rep. Brett Hillyer proposed lifting the time limit for lawsuits to help victims of Richard Strauss, a former Ohio State University physician accused of molesting at least 177 male student patients. That bill has received five hearings but no vote is scheduled.

The proposal that Kelly supports has yet to be introduced. Rep. John Rogers, a Democrat from Mentor on the Lake, is seeking additional co-sponsors. He told WCPO he hopes to introduce it by year end. Because Democrats are “badly outnumbered” in the House, Seitz sees little chance for Rogers’ proposal to be “favorably considered.” But he said it could be offered as an amendment if Hillyer’s bill makes it out of committee.

“House Bill 249 is limited to the Ohio State situation,” Seitz said. “But it would be germane for Rep. Rogers or others to try to open the window more broadly to other colleges, to other universities, to alleged victims of abuse by boy scouts, high schools, catholic clergy, protestant clergy, social workers. I mean, the list is long of people who are in a position of authority who have abused their charges.”

Seitz said he would be willing to consider new rules that force greater disclosure by the church.

“We could probably empower prosecutors to seek information about disciplinary proceedings instituted against priests and any current knowledge (about a priest’s) whereabouts for the purpose of making that information publicly available,” he said.

But Seitz would draw the line at expanding the current time limits for filing new lawsuits.

“By the time you’re 30 you have a pretty good picture of where your life is headed,” Seitz said. “Allowing people to wait until they’re 50 … runs the risk of having all of those things that might have gone wrong between age 30 and age 50 being incorrectly imputed back to something that happened when they were 10.”

Child USA, a nonprofit that is working to eliminate child abuse and neglect, lobbied in favor of House Bill 249 in September. It also asked lawmakers to consider reviving “expired civil SOLs” in Ohio by opening a three-year window on new lawsuits, as Rogers has proposed.

“It empowers and validates the victims by giving them a legal weapon to force the previously hidden facts into the public square,” CEO Marci Hamilton said in prepared testimony to the House Civil Justice Committee. “It shifts the cost of abuse from the victims to the ones who caused the abuse.”

In an interview with WCPO, Hamilton said Ohio is one of the worst states in the U.S. for victims of child sex abuse to seek justice. She blamed Seitz’s 2006 legislation, which enacted a civil registry system to identify abusive clergy instead of encouraging new lawsuits. Hamilton, who is also a widely respected constitutional scholar and law professor at the University of Pennsylvania, said she knew the civil registry would be declared unconstitutional eventually.

“It was very poorly thought out,” Hamilton said. “It was a very cynical response to the victims quite sincerely saying, 'It’s not really about the money for us. We want children to be safe.'”

Here's how the law was supposed to work: Any victim whose lawsuit was barred by the statute of limitations could seek a declaratory judgment against their perpetrator. If a court ruled there was enough evidence to find the alleged abuser liable in a civil lawsuit, the accused would have to post his name and address on a public list similar to the Sex Offender Registration and Notification database for those convicted of sex crimes.

Franklin County Judge John Bender declared the civil registry unconstitutional in a case involving an Ironton woman abused by her uncle in the 1970s. When Ohio Attorney General Richard Cordray sought a declaratory judgment on the woman's behalf, the defendant challenged the constitutionality of the 2006 legislation.

"These statutes alter the rules of evidence and subject a person to a loss of liberty based on less and different testimony than the law required at the time the alleged acts are said to have occurred," Judge Bender wrote in 2010. "Doing so violates the Ex Post Facto and Retroactivity Clauses of the United States and Ohio Constitutions."

Seitz said he wasn’t aware of the ruling before the I-Team shared it with him. But after reading the opinion, Seitz said the problem could be easily corrected.

Hamilton said that’s not enough to make it constitutional.

“You can’t put someone on a sex offender registry unless you get a criminal conviction,” she said.

“Since the inception of this scandal, church officials have attempted to frame this problem as an issue of predatory priests,” said Lytton, author of 'Holding Bishops Accountable,' which evaluates how lawsuits forced the church to confront clergy sexual abuse. “Civil litigation has been instrumental in framing the problem as an institutional failure for which church officials are responsible. Many people believe that this is not an issue of punishing ‘bad apples’ within the clergy but rather an issue of holding bishops and other church officials accountable. Civil lawsuits have, for the most part, been the only means of accomplishing that.”

"I don't think they'll ever pass a retroactive civil window," said Miller, co-leader of the Cincinnati chapter of the Survivors Network of those Abused by Priests, or SNAP. "If you want it revised it can't be a fight against the Catholic church."

Miller was stunned by the church's lobbying power in 2006, when lawmakers told her they supported her cause but voted to replace the civil window with a civil registry.

"Watching the lobbying firm for the church justify their ability ... and not own up to any of it even though they knew it was wrong," she said, "and justify it by the law was the hardest thing to watch."