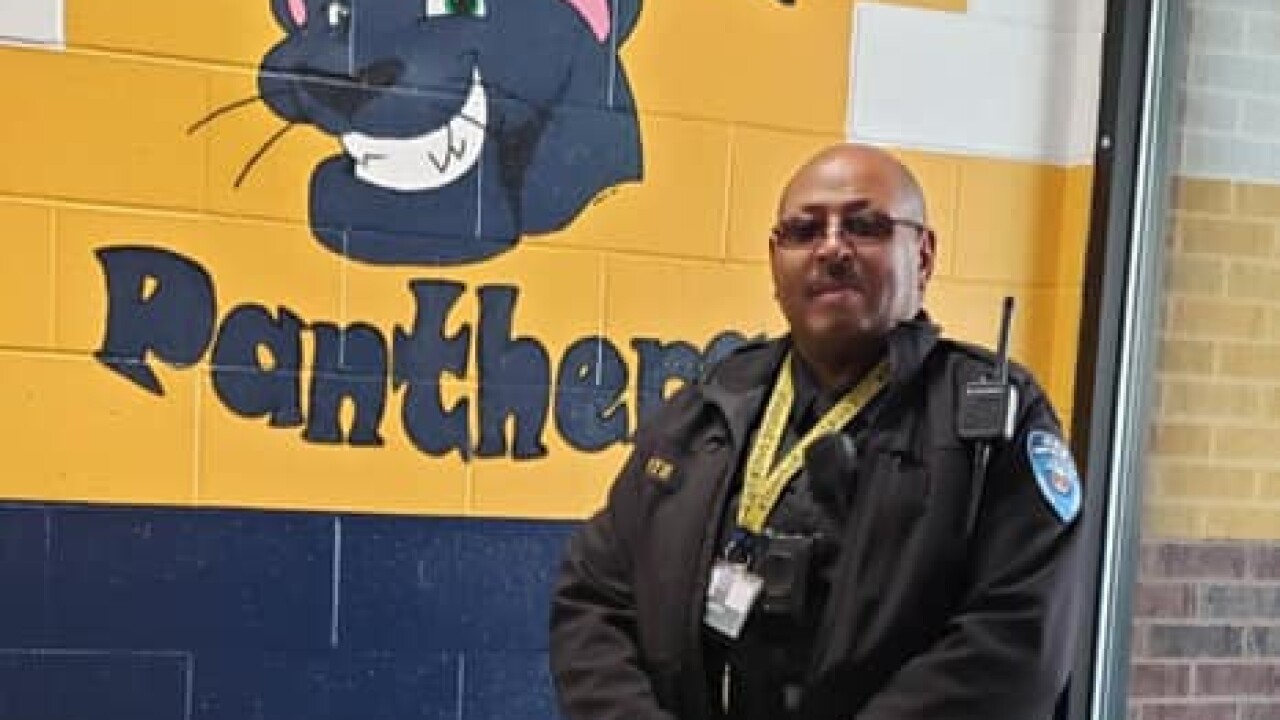 An armed private security guard assigned to the Lockland School District's K-12 campus in December has a criminal record and is prohibited from being a police officer in Ohio.

The security guard, 55-year-old Laroy Smith, is a former Lincoln Heights police officer who was convicted of falsification of evidence as a police officer, disorderly conduct and theft as an officer.

In November 2014, one month after Smith pleaded guilty to theft, the Ohio Peace Officer Training Commission revoked his peace officer certification. The revocation means Smith isn't allowed to be an officer in Ohio.

So how did he end up working as a security guard in a school?

Smith has not responded to WCPO's messages sent to his Facebook account or the I-Team's other attempts to reach him.

On Wednesday, Lockland Superintendent Bob Longworth told the WCPO I-Team he didn't know about Smith's past until Jan. 10.

"It's something I would like to have known," Longworth said.

He also said he had taken Smith's assignment as an armed security guard "under advisement."

The I-Team told the superintendent we planned to broadcast and publish a story Thursday evening about Smith's assignment as an armed school security guard.

On Thursday morning, Longworth told the I-Team the district had terminated its contract with Citizens Protective Services, the security company that employs Smith, which means Smith is no longer a security guard on Lockland's K-12 campus.

Taylor said Wednesday that he didn't know the extent of Smith's record, although Smith did tell him about the theft case during his job interview.

Private Investigator Security Guard Services, a division of the Ohio Department of Public Safety, is responsible for reviewing applications and providing IDs to security guards.

On Thursday, attorney Darnell Wilson contacted WCPO and identified himself as a spokesman for Eric Taylor, then Wilson provided a written statement that contradicted some of Taylor's comments to WCPO.
The statement provided by Wilson claims the security company didn't know about Smith's theft conviction when it hired him, even though Taylor told WCPO he did know.

"Despite our rigorous and picky selection process, the offense was not discovered during vetting," according to the statement.

The security company's statement also said "there are several valid legal reasons why the charge was not flagged during his background checks, such as expungement or other record-sealing arrangement or even the low-level nature of the offense."

But the WCPO I-Team easily and quickly confirmed Laroy Smith's criminal history and the revocation of his peace officer certification by searching for his name on the public database of the Hamilton County Clerk of Courts website. Basic internet searches using his name and his former employer, the now-defunct Lincoln Heights Police Department, bring up articles about his theft and firing.

The written statement for Citizens Protective Services mentions Laroy Smith will be reassigned but doesn't note he was reassigned because the company's contract was terminated by the Lockland School District.

In his Thursday email to WCPO, Longworth wrote: "The district determined that as a result of the previous charges of the security guard and the failure of the service contractor to disclose these incidents prior to placement in the schools, the assignment within the school district would be terminated and the service agreement with the provider would be terminated as well."

The security company's statement also fails to mention Smith's other criminal charges and convictions, only focusing on the 2014 theft conviction.

"At any rate," the statement for Citizens Protective Services adds, "this small blemish on Officer Smith’s career as a public safety officer has not had any detrimental effect on any Lockland City students, nor posed any obstacle that prevent Officer Smith from completing his assigned duties."

"Ultimately, all responsibility within the school district lies with me, the superintendent," Longworth said.

The superintendent insisted that "as a result of this, it will undoubtedly change the way we do business with our outside vendors that come in and do work for us within our facilities."

Longworth suggested that may include additional background checks of contract employees conducted by the school district.