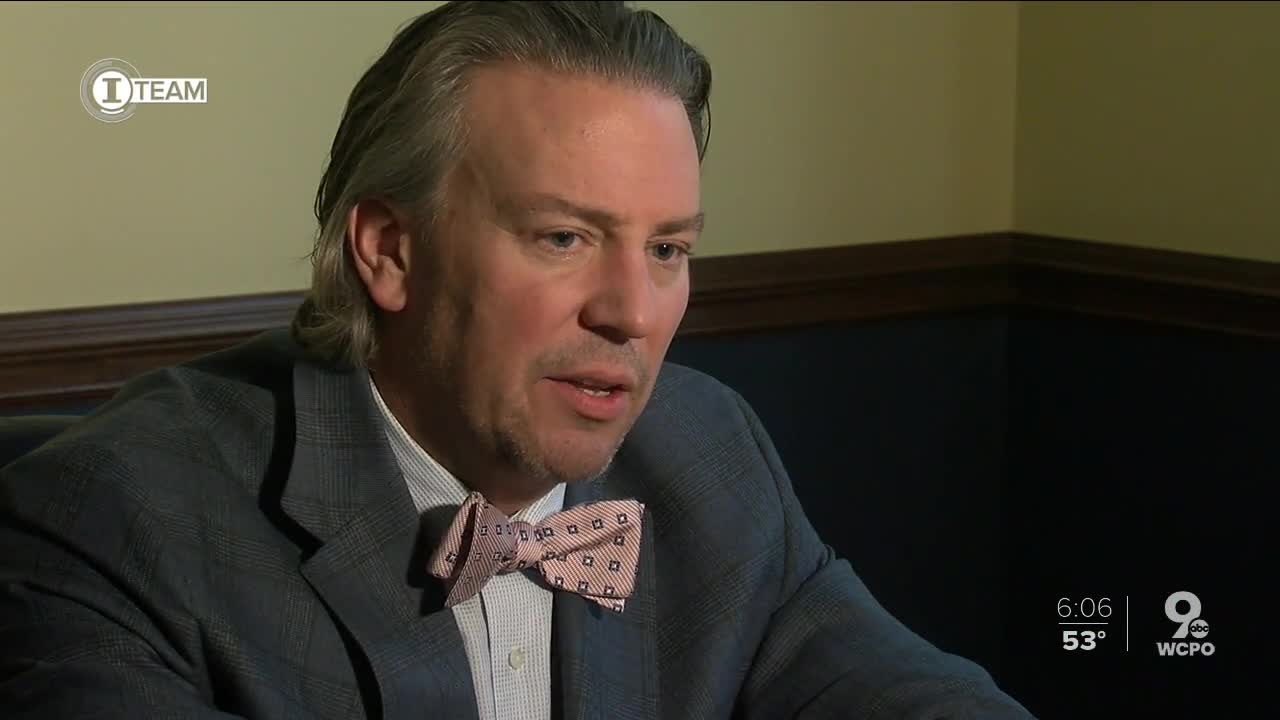 Attorney Ben Dusing has built a reputation on winning acquittals for high-profile clients accused of white-collar crimes in federal courts in Cincinnati and Northern Kentucky. But his newest case may test the limits of his success with folksy Southern storytelling in front of a jury. But his newest case may test the limits of his success with folksy Southern storytelling in front of a jury.

That’s because Dusing will defend a high school friend who is accused of masterminding a massive fraud scheme. That friend, Michael Hild, is accused of a $140 million bond fraud scheme involving his now-defunct reverse mortgage company, Live Well Financial.

United States Attorney Geoffrey Berman's office is prosecuting the case in the Southern District of New York in the prestigious Manhattan courthouse.

“It is the Yankee Stadium of financial fraud worldwide,” Dusing said.

Berman's office, with a staff of 225 prosecutors, has a history of high-profile prosecutions, including financier Bernie Madoff and ex-Donald Trump lawyer Michael Cohen.

“I don’t care what the facts are; it is David versus Goliath,” Dusing said, adding, “There are advantages to being an outsider.”

Dusing is known for wearing pocket squares and fancy suits while testing the limits of judges’ patience with long arguments and frequent questions about the properness of evidence, witnesses, jury instructions and prosecutors.

But he is also known for delivering results.

Acquittals are rare in the federal court system. Dusing has won two big acquittals in the span of five years: Kenwood Towne Place developer Matt Daniels of fraud charges in 2013 and the Cincinnati VA’s former chief of staff Dr. Barbara Temeck on prescription drug charges in 2018.

Dusing also defended Evans Landscaping owner Doug Evans on charges related to minority contracting fraud. Although the jury convicted Evans of all charges in December 2018, Dusing insists he will win on appeal.

But Dusing’s biggest case, he says, lies ahead of him.

Dusing and Hild were friends at Covington Catholic High School, where they played basketball and baseball together in the early 1990s. Hild grew up in Ft. Wright and Dusing in Boone County.

The two men lost touch over the years. Then Dusing got a text message from another high school friend in August that Hild had been arrested.

“As soon as I saw that my heart sank,” Dusing said. “I have a unique understanding for what he’s about to go through.”

Hild was CEO of Live Well, which he created in 2002 and grew to employ 250 people. Live Well also become one of the top 10 reverse-mortgage companies in the nation. The Richmond, Virginia-based business closed abruptly in May 2019.

“A business failure is very infrequently a crime. Businesses fail all the time,” Dusing said. “Risks don’t always materialize, and when they don’t, nobody’s happy about it.”

But prosecutors claim it was fraud.

“Hild orchestrated a scheme to deceive Live Well’s lenders by fraudulently inflating the value of its mortgage-backed bonds by over $140 million," according to an Aug. 29 press release from Berman’s office. "In turn, Hild used these ill-gotten funds to gain control of the company and increase his own compensation by nearly 700 percent, while exposing lenders cumulatively to $65 million in unsecured loans to the company, which is now bankrupt,”

Prosecutors also froze 29 properties and eight businesses that they claim were funded by his crime proceeds. Several were sold at auction in December and the assets placed in escrow, which could be seized if Hild is convicted. Hild and his wife, Laura, had been revitalizing large swaths of south Richmond.

Dusing reached out to Hild in January, saying, “I just felt I could play a special role as a friend.”

After the two spent a weekend together at Dusing’s home discussing the case, Hild decided to trade his New York City defense team for Dusing.

A federal judge granted Dusing permission to practice in New York City after he submitted a motion that he was an attorney in good standing in Ohio and Kentucky.

“There is a comfort level with Ben,” Hild wrote in a statement to WCPO. “I think of him as a brother. I knew that he would have my best interests at heart, more-so than essentially anyone else I could ever hope to find.”

Hild would not address specifics of the alleged crimes, but wrote, “I’m looking forward to the full truth coming to light about the allegations.”

The massive amount of alleged fraud, combined with the national media attention and unique risks associated with defending a friend, make this the biggest case of Dusing’s career.

“My job somehow is to walk people through the valley of the shadow of death," Dusing said. "Honestly, how that became my job I have no idea.”

Dusing will meet with Manhattan prosecutors to organize the case in mid-March.

The sheer size of the evidence, which Dusing estimated at 4.2 million documents, makes it 10 times larger than the number of documents used in the Evans trial.

Although Dusing would not discuss his defense strategy, it was clear that he may be using his role as an outsider to find an advantage in New York.

“This little guy from Kentucky started this (company) and it had a lot of benefit to a lot of people," Dusing said. "A lot of people who would appropriately be described as the elite in this country benefited from the existence of Live Well Financial. And after they benefited and the dust clears, the little guy from Ft. Wright, Kentucky, is under indictment in the elite capital of the globe … for financial fraud.”