Judge to decide if Cincy's ticket tax is unconstitutional, putting millions in city funding at risk 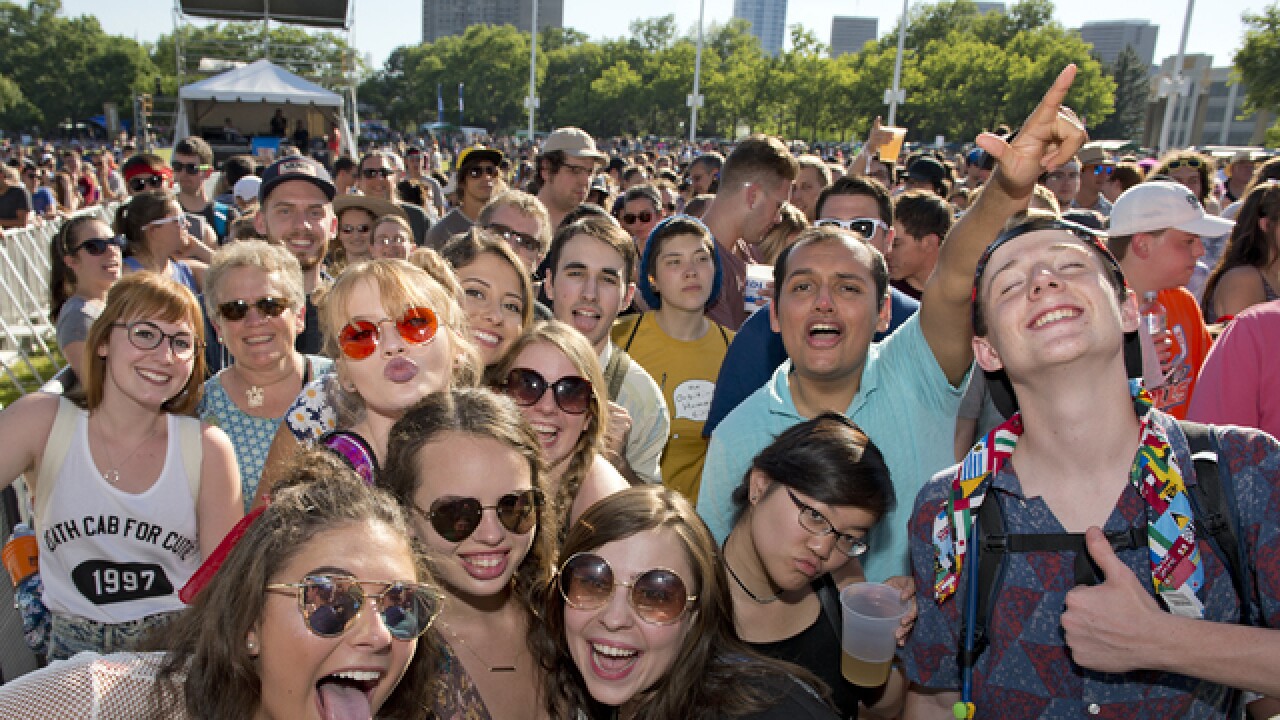 Copyright 2018 Scripps Media, Inc. All rights reserved. This material may not be published, broadcast, rewritten, or redistributed.
David Sorcher
The sixth annual Bunbury Music Festival kicked off at Sawyer Point and Yeatman's Cove on June 2, 2017. The crowd at the Sawyer Point Stage is ready and waiting for The Shins. Photo: David Sorcher

U.S. District Court Judge Michael Barrett is on the verge of issuing a summary judgment ruling that could send Donobedian's 2015 suit to a jury, which would then decide if the tax is unconstitutionally vague.

He could also use the ruling to dismiss it entirely.

Barrett's decision could have a huge impact on the city of Cincinnati and its budget. The admissions tax, paid largely through concert and sporting tickets, brings an average of $5.8 million each year to city coffers, where it helps fund services such as police and fire departments.

“If they win, there are not just implications for (Bunbury),” said Stephanie Hunter McMahon, a University of Cincinnati law professor who reviewed the case for a 2017 interview with WCPO. “If it is not being applied fairly, it would cancel out the entire statute so no one would pay admissions tax … that could be a huge hit for the city’s budget.”

In late June, Cincinnati City Council quietly voted to change the city’s municipal code on the admissions tax for the first time since 1972. The vote removed language in the code specifying that only events offering “seating” were subject to the admissions tax law.

“We feel extremely confident in our case," said Donobedian, a music promoter. "The fact the city completely overhauled the 47-year-old admissions tax law last month, eliminating the very language we complained about, and the city’s own employees described as vague, speaks volumes.”

The city denied Donobedian’s allegations, saying it modernized the law to “fit it to current societal changes that have occurred since its 1972 enactment,” wrote assistant city solicitor Marva Benjamin in court filings.

One big change was eliminating the exemption on the first $1.05 of an admission charge, which is expected to generate an additional $207,000 annually.

The ticket tax has come under scrutiny at City Hall recently. In 2018, two council members pitched the idea of raising the tax from 3% to 5%. Then, in June, City Manager Patrick Duhaney proposed removing the exemption for nonprofits such as the Cincinnati Zoo & Botanical Garden and the Cincinnati Museum Center. Both ideas were rejected.

Years before, Donobedian complained the city unfairly collected the tax and granted exemptions when it shouldn’t.

Donabedian, who founded the festivals before selling them to PromoWest Productions in late 2014, said the city unfairly targeted Bunbury and Buckle Up. He paid more than $98,000 in admissions tax “under protest” in 2013 and 2014, according to the lawsuit.

Other concurrent music festivals such as the MidPoint Music Festival, which Donobedian launched in 2001 and helped run from 2002 to 2008, paid no admissions tax.

“Hundreds of bars, restaurants and other venues, as well as festivals, have never been required to pay a separate admissions tax to the city even though they charge a cover charge or other fee,” Donobedian’s attorney, Robert Smyth, alleged in court documents.

Bunbury’s new owner is not part of the federal lawsuit, and PromoWest CEO Scott Stienecker said the music festival pays admissions tax to the city.

At issue in Barrett's court is the vagueness of the city’s municipal code, which had (until the change in June) been murky about whether venues that do not offer reserved seating should pay admissions tax.

Because this definition is so broad, it potentially puts hundreds of bars, restaurants, sporting events and concerts — no matter how small — on the hook to pay a 3% tax, McMahon said.

“If you had a small bar, a neighborhood bar that brings in a band and gets five people to walk through door…they may have to pay the 3% tax,” McMahon said.

Smyth questioned why the city never produced admissions tax licenses, returns, or exemption applications and approvals for many city events such as:

“And, undoubtedly many others." Smyth wrote. "Are defendants claiming that they are unaware of all of these events?”

Because the city likely lacks the manpower to go after every person they could potentially collect tax from, they must pick and choose, McMahon said.

With limited resources, the city treasurer’s office does its best to contact event promoters when it becomes aware, according to the city solicitor.

“Still, there is no law that charges the city or its treasurer with this impossible task,” Benjamin wrote.

One of the festivals Donobedian questioned, the Sawyer Point-based comedy festival Cincinnati Brew Ha Ha, is free and open to the public and therefore would not be subject to tax, Benjamin wrote.

Donobedian also claims the city knew about the MidPoint Music Festival for years and did not charge tax.

“Midpoint was not some small event in a local watering hole in a suburban neighborhood. MidPoint Music Festival was a huge event, heavily promoted even before its debut in 2002.” Donobedian’s lawyer wrote. “And the city’s support, including financial support was well known, including the treasurer’s office.”

“Could mean anything. That’s what I mean. It is vague,” Perry said in her deposition, according to Smyth.

“It may not be real clear to the general public what could be subject to admissions tax,” Walsh said in his deposition, according to Smyth.

The city insists any event that charges a fee or sells tickets for entrance into a fenced-in venue and grants to the ticketholder exclusive access to seating, entertainment, and food, drink and merchandise vendors is subject to the tax.

“Those who evade the law for a period of time and finally get caught often raise arguments of unfairness,” Benjamin wrote. “Plaintiffs’ argument is similar to the argument made by drivers who receive a ticket for speeding on the highway and claim unfair treatment because other drivers were speeding too but didn’t get caught.”

Barrett’s decision is likely in the coming weeks.