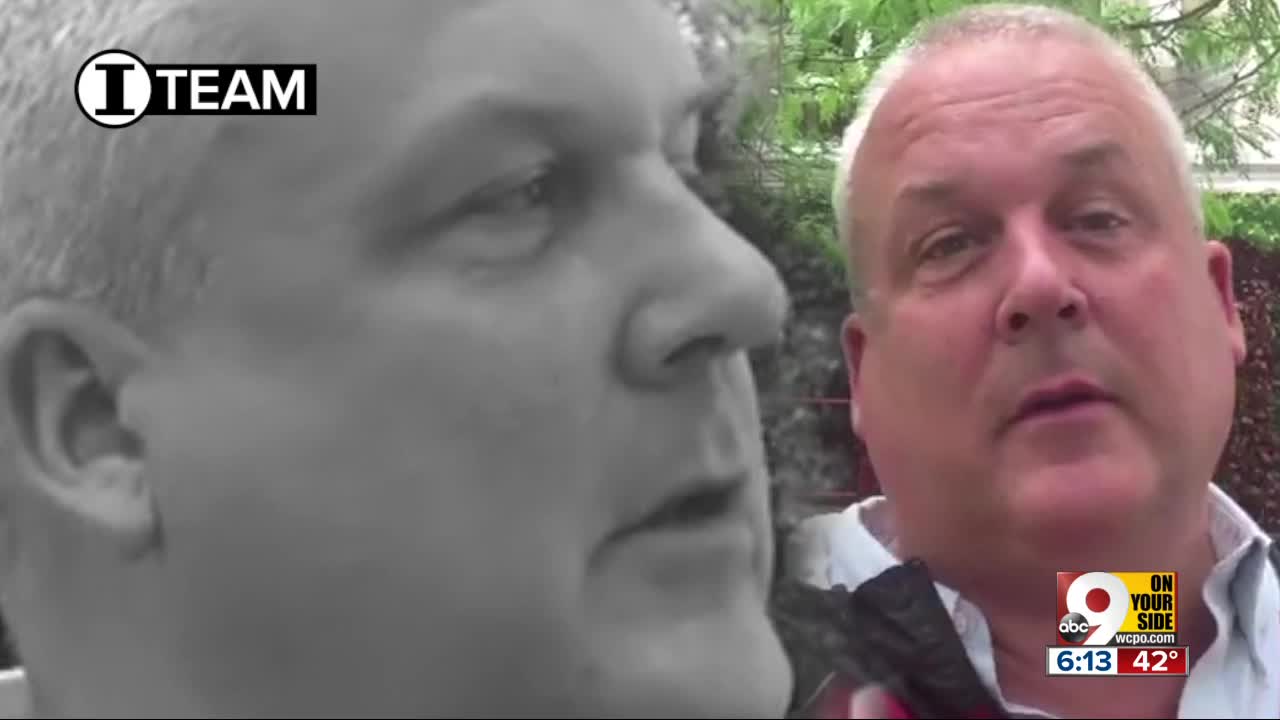 Just over a year after a jury convicted Doug Evans of minority contracting fraud, a judge will decide on Tuesday if this well-known East Side businessman will go to prison for the crimes. 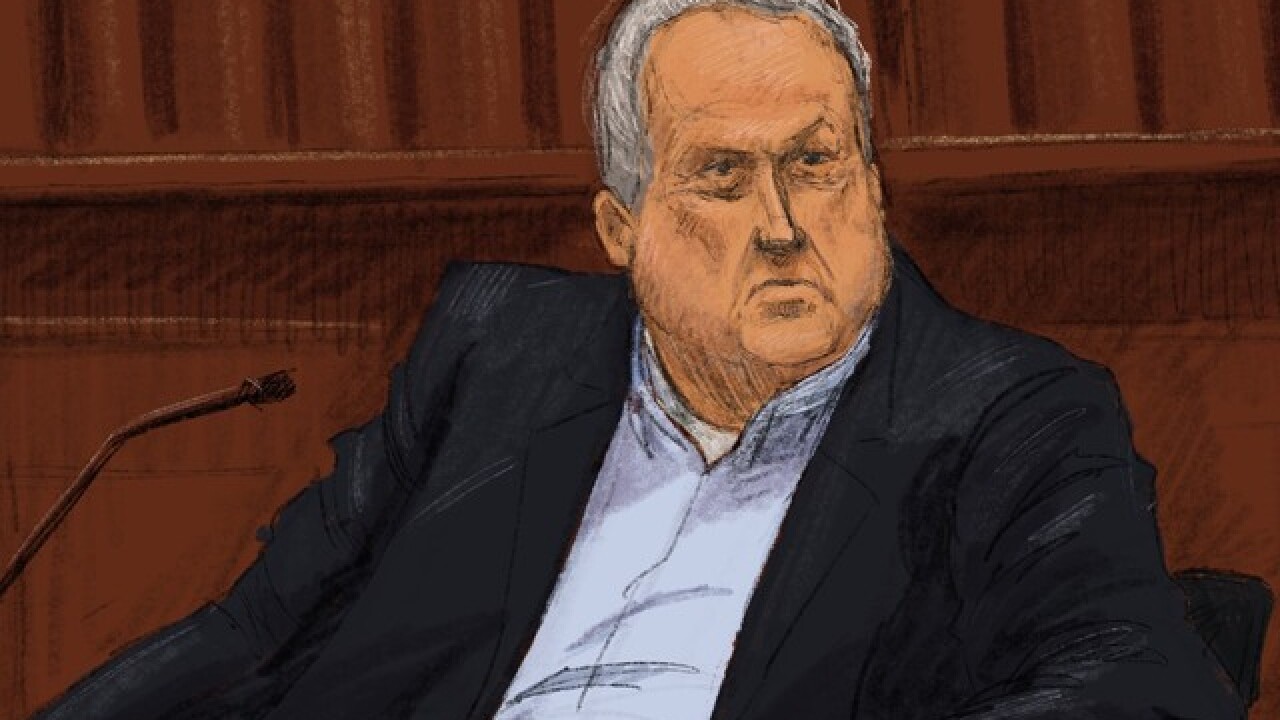 CINCINNATI — Just over a year after a jury convicted Doug Evans of minority contracting fraud, a judge will decide on Tuesday if this well-known East Side businessman will go to prison for the crimes.

U.S. District Court Judge Michael Barrett will sentence Evans and his company, Evans Landscaping, at 2 p.m. in the same first-floor courtroom where a jury took less than four hours to convict him on Dec. 10, 2018, after a four-week trial.

From the witness stand, Evans insisted he was innocent. But the jury convicted Evans of creating a shell company -- Ergon Site Construction -- to win millions in public demolition work that had been set aside for minority contractors as the recession deepened in 2008.

“Doug and the company are looking forward to getting this behind them,” said Evans’ attorney, Ben Dusing. “Obviously, we don’t agree with the jury’s verdict in the case … we are hopeful for a just sentence so that maybe this can all be over, and everyone affected can move on.”

Federal prosecutors are urging the judge to sentence Evans to 63 months in prison and ban the company from doing any public work for three years. They also want to seize two dump trucks used in the scheme and collect a $750,000 combined fine from Evans and the company.

Evans’ potential punishment ranges from probation and no prison time to more than five years behind bars.

Prosecutors accused Evans of creating a front company and using IT employee Korey Jordan as a figurehead to win millions of dollars in minority and small business demolition jobs from the city of Cincinnati and the state of Ohio.

Speculation about Evans’ possible sentence is drawing almost as much attention as the trial itself. Dozens of spectators watched the trial each day, including many Evans Landscaping employees who wore uniforms and work boots in the courtroom.

“Why is it taking so long to get Doug Evans sentenced?” one Cincinnati resident asked on the Reddit social media website last month, prompting 38 responses from people both criticizing and defending Evans.

Barrett will likely hear two very different descriptions of Evans at the sentencing hearing. Prosecutors portray Evans in court filings as brash and unrepentant with a history of allegedly lying to the government and treating employees unfairly.

"The present case is not the only instance in which the defendants have tried to take advantage of individuals with less power," Mangan wrote. "As the court is aware, there were issues as to whether Evans Landscaping employees were properly paid prevailing wages. In addition, one of the former CFOs was terminated... when he was asked by Doug Evans to falsify information to the state regarding the demographics of the employees."

The investigation also revealed that Evans owns many houses and properties near his Newtown landscaping company which he rents to employees and uses to "reward, punish or otherwise control the employees as needed to serve his interests," Mangan wrote.

Mangan also wrote that Evans is being sued in Hamilton County for allegedly wrongfully evicting a tenant in order to sell the property for a substantial profit to create a school bus facility.

But Dusing will likely focus on the good Evans has done for the Newtown community and the jobs he provides to 300 people at the Evans Landscaping group of companies and affiliated businesses.

"The Court is sentencing an icon, hero, symbol, and community pillar," Dusing wrote in a sentencing memorandum. "It is sentencing someone on whom so many have and will continue to depend – indeed, entire communities, in a very real way."

As a teenager, Evans started a landscaping business hauling mulch from a pickup truck and spreading it with a shovel. He grew it into a landscaping empire and is now the largest property owner in Newtown.

“This is a person who, until now, was sort of an American success story,” said former federal prosecutor Ralph Kohnen, who is a partner at Taft Stettinius & Hollister in Cincinnati. He's not involved with the case.

Dusing will show a video to the judge at the hearing, which may replace live witness testimony from people speaking on Evans’ behalf.

“Ben is probably going to make a real effort to show Doug Evans, the business that he’s built, where he came from, the good that he does in the community, the number of people that are employed in his companies, a lot of things of that nature,” Kohnen said.

The FBI began investigating Evans in late 2013, interviewing 70 people and conducting surveillance on Ergon job sites to see if Evans equipment and employees were being used by the supposedly minority-owned company.

This case has drawn a lot of community interest from all types of people, Kohnen said.

“Does anybody know when Doug Evans is going to be sentenced? It seems like it should have happened by now,” a Newtown man asked on the NextDoor neighborhood social network in May.

His question prompted a firestorm of 43 responses from neighbors with vastly different viewpoints.

“Doug Evans is guilty. The other side is he employs two hundred people. I happen to know he started out with a five-gallon can of gas on Saturday mornings and a push mower. Yeah, lock him up and let 200 families flounder,” a Madisonville man posted on NextDoor on May 30.

Kohnen predicts that Tuesday’s hearing may last a few hours as prosecutors push for a long sentence.

“This type of criminal activity has been pegged by the Department of Justice as something that’s pretty important,” Kohnen said. “They’re going to be looking at as long a sentence as possible, to deter others.”

Mangan made that argument to the judge in his Dec. 30 sentencing memorandum.

"When prosecutions do occur, others in the community take note," Mangan wrote. "The case has the potential to have a positive influence toward lawful and ethical behavior in government bidding. Thus, perhaps more than most cases ... this case and the sentence imposed will be studied and considered throughout the business community.

Dusing is asking the judge to sentence Evans to probation.

"There is simply no purpose in locking up Mr. Evans. The disruption to the business and to the community and to all that depend on him would be enormous – and potentially catastrophic and existential – were the court to sentence him to even a symbolic term of imprisonment," Dusing wrote.

Whatever happens at the sentencing hearing, Dusing is confident that Evans Landscaping will survive.

“The only certainty, really, in terms of the outcome of all this, is that Evans Landscaping will continue doing what it’s always done: employing a lot of people and serving a lot of loyal customers. That much I can guarantee,” Dusing said in a 2018 interview.

The uncertainty was also a topic at Ivy Hills Country Club, where Evans is part owner.

“As most of you know, Doug Evans received a disappointing verdict this week,” co-owner Norb Mayrhofer wrote in an email to club members on Dec. 13, 2018. “I want to assure everyone that this will have absolutely no impact on the operations of the club.”

After the judge sentences Evans, he will then hand down punishments in the coming weeks against five current and former Evans Landscaping employees who were also convicted in the fraud scheme.

Korey Jordan, who was the figurehead of Ergon, pleaded guilty to conspiracy to commit wire fraud. The judge will sentence him on Jan. 21.

Jordan, a longtime IT worker at Evans Landscaping, testified that he "let down my race" by acting as the front for Ergon.

“I’m a black man in this city and I did this, and I shouldn’t have done it,” Jordan testified, wiping away tears. “I went against my belief system.”

Moeller testified that employees were worried about “protecting themselves,” and hiring lawyers in the wake of an FBI raid on the company in July 2015.

“We talked about attorneys and if we should be getting any,” testified Moeller, who quit Evans Landscaping a few months after the raid.

Another former Evans CFO, John Dietrich, pleaded guilty to misprision, or concealment, of a felony, for his role in the scheme. The judge will sentence him on Jan. 9.

Dietrich testified that he routinely drained Ergon’s bank account when it got paid for city jobs and moved the money to Evans Landscaping: “Our charge was to get Ergon’s income as low as possible.”

Evans Landscaping vice president of operations, Jim Bailey, who was convicted at trial with Evans, will be sentenced on Jan. 10.

Unlike Evans, who testified in his own defense, Bailey did not take the witness stand at trial, but his lawyers argued that he had nothing to do with the creation or daily operations of Ergon.

A jury convicted both Evans and Bailey of two counts of conspiracy to commit wire fraud and three counts of wire fraud.

"There were legitimate SBEs -- actual small businesses -- who lost out on city contracts because they were underbid by Ergon," Mangan wrote. "The legitimate companies were competing against a fraudulent SBE (Ergon) that had the financial resources of a huge company (Evans Landscaping.) As a result, Evans Landscaping (through Ergon) could afford to bid very aggressively to obtain many demolition contracts, thereby harming and depriving legitimate SBE's of the available work."