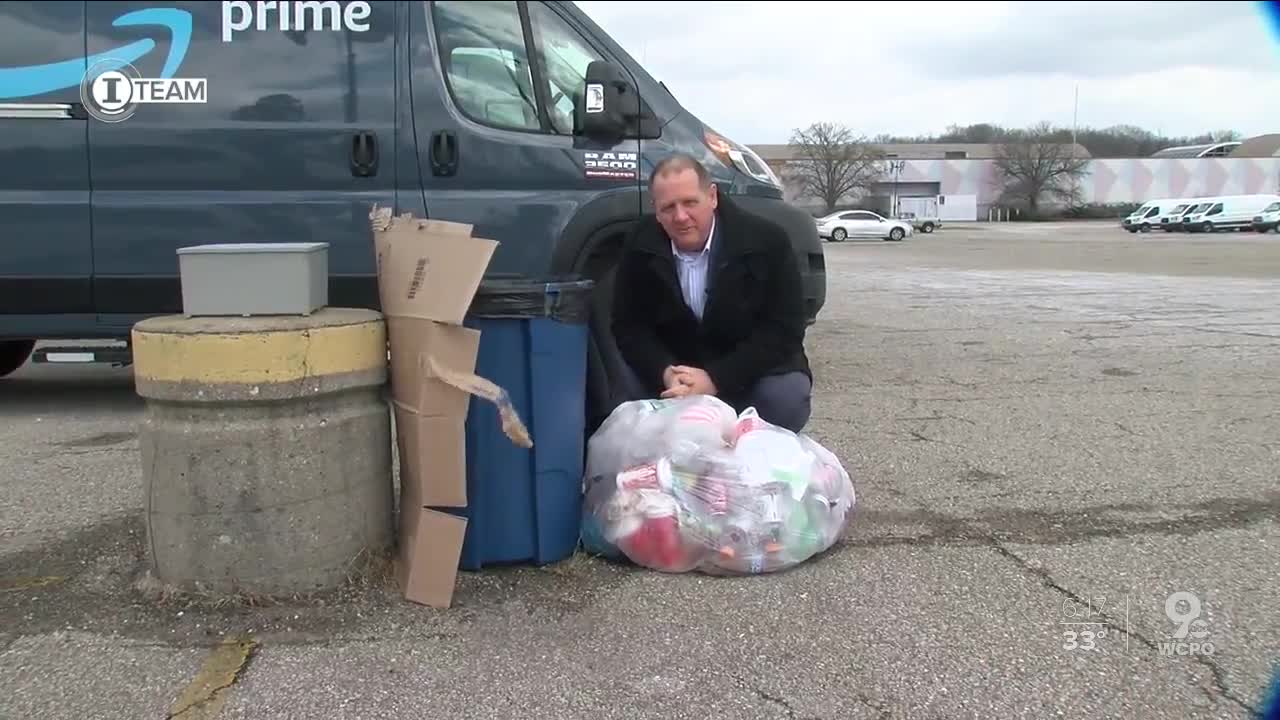 Cincinnati’s most infamous mall suffered one more indignity this month when Forest Park inspectors converged on Forest Fair Village to document dozens of code violations and investigate the use of the 90-acre property as a parking lot for Amazon Prime delivery trucks. 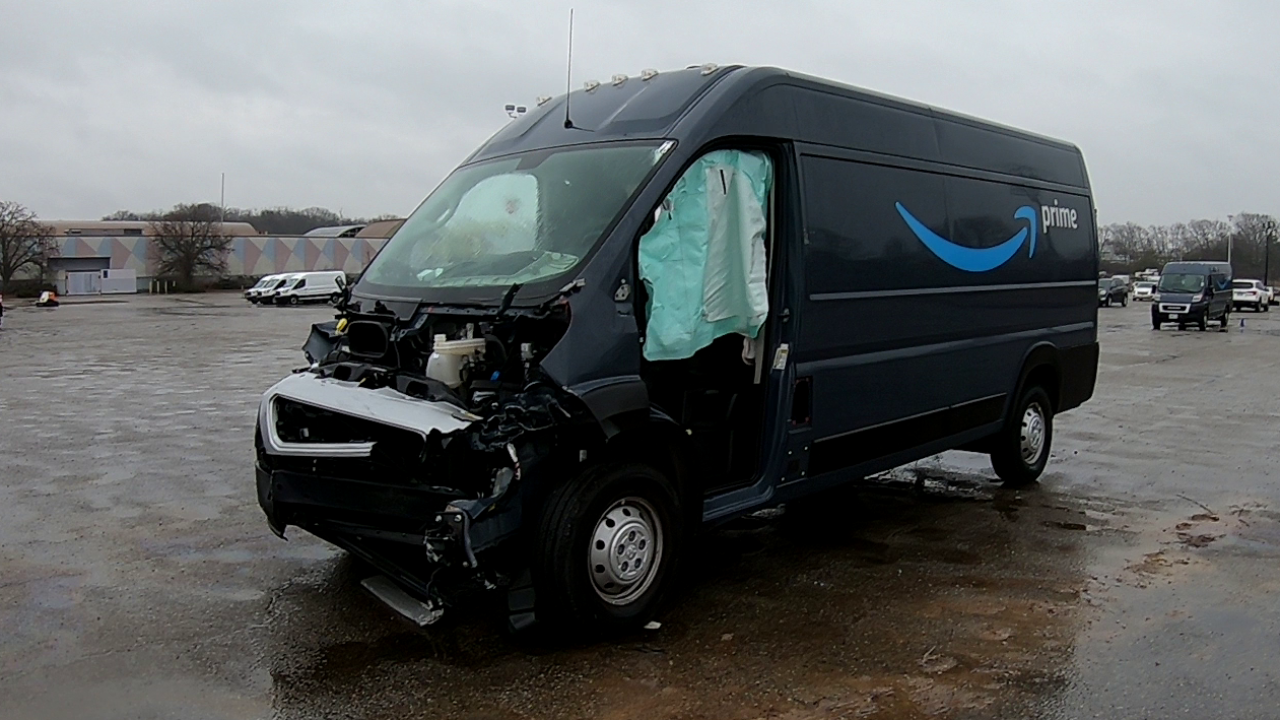 FOREST PARK, Ohio — Cincinnati’s most infamous mall suffered one more indignity this month when Forest Park inspectors converged on Forest Fair Village to document dozens of code violations and investigate the use of the 90-acre property as a parking lot for Amazon Prime delivery trucks.

The enforcement action is aimed at prodding Forest Fair’s New York owners to take a more active role in its redevelopment.

“When you have a building that has graffiti on it and you have missing windows and chained doors, I think you (are) by definition not maintaining your property properly,” said Forest Park City Manager Don Jones. “Quite frankly, that’s not what we expect and we’re taking action to see if we can solve it.”

One of the building’s owners confirmed fire code violations were issued, but he wasn’t aware of other pending violations.

“We addressed them while they were there,” said Tommy Demetriades, whose family business, World Properties Inc., paid $4.7 million for the former Forest Fair Mall in 2010, according to Hamilton County property records.

Demetriades also confirmed that his company rejected two purchase offers for the property in 2017 because they were too far below his company’s $55 million asking price. He said there is no plan to redevelop the property but it’s still for sale.

“At some point it’s going to make sense to somebody,” Demetriades said. “That’s the reason we’re holding on.”

'There could be some issues'
The I-Team received several questions about Forest Fair from readers and viewers who saw our coverage of Cincinnati’s “most endangered malls,” which documented vacancy rates and financial metrics for six of the region’s surviving malls. The analysis did not include Forest Fair because it no longer functions as a mall.

But we didn’t know – until our readers contacted us – that Amazon was using the Forest Fair parking lot as a staging ground for deliveries.

“We’re investigating that,” Jones said. “We believe there could be some issues with regards to the use of that parking lot for a private use such as that. It is a public parking lot and should be for the benefit of the mall and the businesses operating in the mall.”

Jones said he’s gotten increasingly concerned about the mall’s deterioration since joining the city last April. Part of his concern came from the growth of Amazon’s parking lot, which started with a few dozen vans about a year ago but grew to several hundred by late this year. If drivers start and end their days in Forest Park, Jones said, the city should be collecting a 1.5 percent earnings tax on their wages.

“We meet up here in the morning,” said Shawn Lampkin, who delivers Amazon packages for Illinois-based Bear Down Logistics. “We leave here and go to the hub over in Fairfield and pick up the packages.”

Lampkin said he typically delivers packages in Clifton, Mt. Auburn and other city of Cincinnati neighborhoods, then returns to Forest Fair to park his empty van.

The I-Team observed dozens of vans in the lot with Amazon Prime logos, along with a wrecked van that was missing a door, window and hood. Garbage piled up in parts of the lot and temporary fencing lay on the ground, toppled.

When he started seven months ago, Lampkin said, there was no lighting in the lot. Jones said the city is researching whether the temporary lights installed last summer violate city codes. Lampkin said he isn’t sure whether Bear Down Logistics withheld tax from his paycheck for Forest Park. Jones asked Amazon for a list of vendors using the lot so the city can verify whether taxes are being collected.

“That mall needs to provide a significant amount of income tax so we can operate our city and provide the services that we’ve already built an infrastructure to accommodate,” said Jones. “And once we find out who they are, we’ll see if they’ve paid their taxes and withheld properly. And hopefully they have.”

Bear Down Logistics notified the Ohio Department of Job and Family Services on Feb. 12 that it would close its distribution hub at 4250 Port Union Road in Fairfield, eliminating 105 jobs. Lampkin said his last day on the job will be April 16.

Amazon did not respond to questions about the role Forest Fair plays in its local deliveries, but it did provide a statement: "Amazon strives to be a great neighbor. We are looking into this matter and communicating with the city directly.”

Jones said the city’s Amazon inquiry led to other discoveries, including three fire code violations for exits chained or screwed shut. More than 30 building code violations are also in the works, Jones said, including maintenance problems, a missing manhole cover and roof leaks.

“We need to get ahead of it if we’re going to plan the city properly and move into the next whatever iteration of that mall is,” Jones said. “We’re willing to work with the owner to maximize the number of jobs, the number of opportunities for not only our residents but for the entire region.”

Forest Fair's future
Because of its highway access and proximity to some of the region’s fastest-growing suburbs, Forest Fair has long been considered a prime site for development. But its owners have proven far from stable.

Within a year of opening in 1989 as the second-biggest mall in Ohio, its Australian developer went bankrupt. It found brief success with a discount-retail format in the 1990s, but hit another downward slide in the 2000s, ultimately selling at a steep discount in 2010.

“Alex has been a little difficult to work with,” Thompson said. “When we talked to him, it was like, ‘Why can’t you get any tenants in there?’ He wanted us to find tenants for the food court.”

A few months ago, Thompson said World Properties asked him to list the property again. He declined because he thought the proposed asking price, between $35 million and $40 million, was not realistic.

Tommy Demetriades, Alex’s son, said the property is current on its taxes and debt-service payments. The Port of Greater Cincinnati Development Authority issued $18 million in bonds in 2004 to support a $60 million redevelopment of the property by its owner at the time, the now defunct Mills Corp.

Demetriades said his company will continue to make its roughly $1.5 million debt-service payments “until it doesn’t make sense any more. We’re definitely not going to just let it go,” he added.

Jones said the site has the potential to attract technology jobs, building on a cluster of engineering firms already located in and near Forest Park. He also thinks the site could accommodate entertainment attractions and housing.

Thompson said Forest Park’s ramped up enforcement could motivate World Properties to accept a lower sale price. But he also thinks the company risks missing its chance to sell in a local real estate boom.

“Sooner or later you get tired of spending money on a property like that,” Thompson said. “But if we get through this cycle and people aren’t looking for land for industrial development and we get into a tough economic cycle, I think it’ll sit there for another 10 years no matter what happens.”