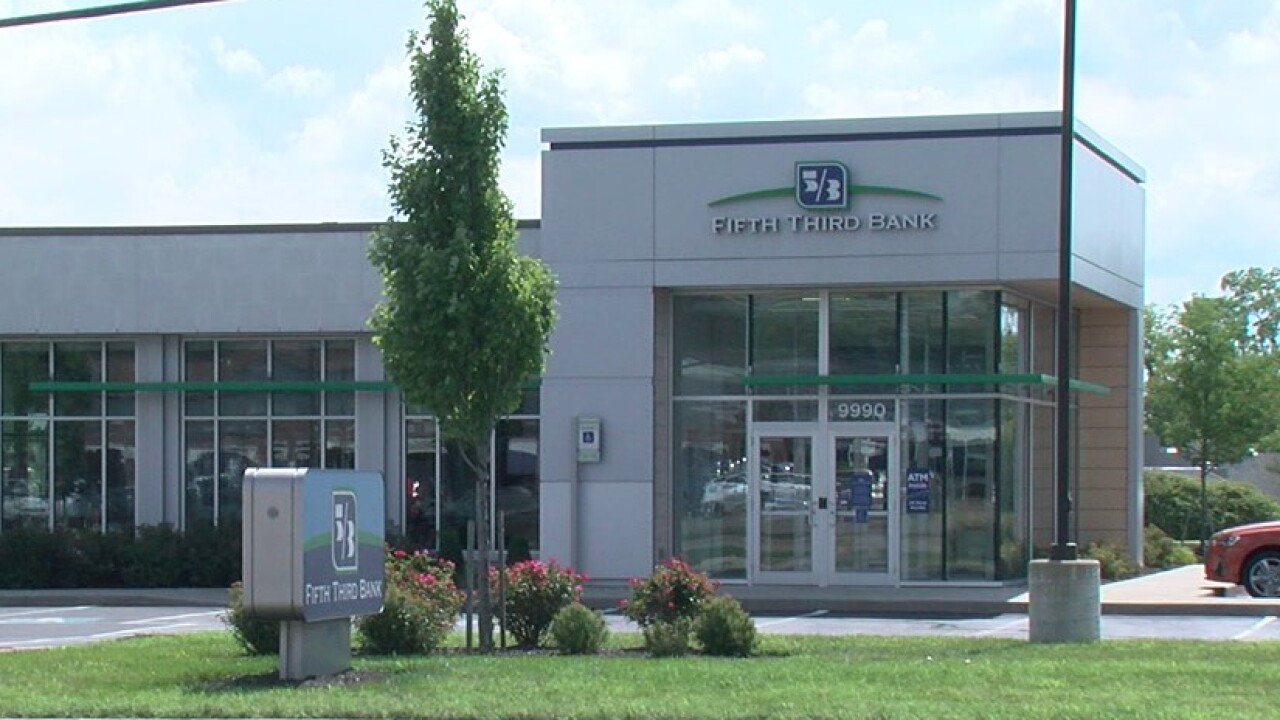 Lot Tan
Fifth Third Bank ranked first in the I-Team's analysis of more than 29,000 PPP loans, with 4,363 in loans to Greater Cincinnati borrowers. 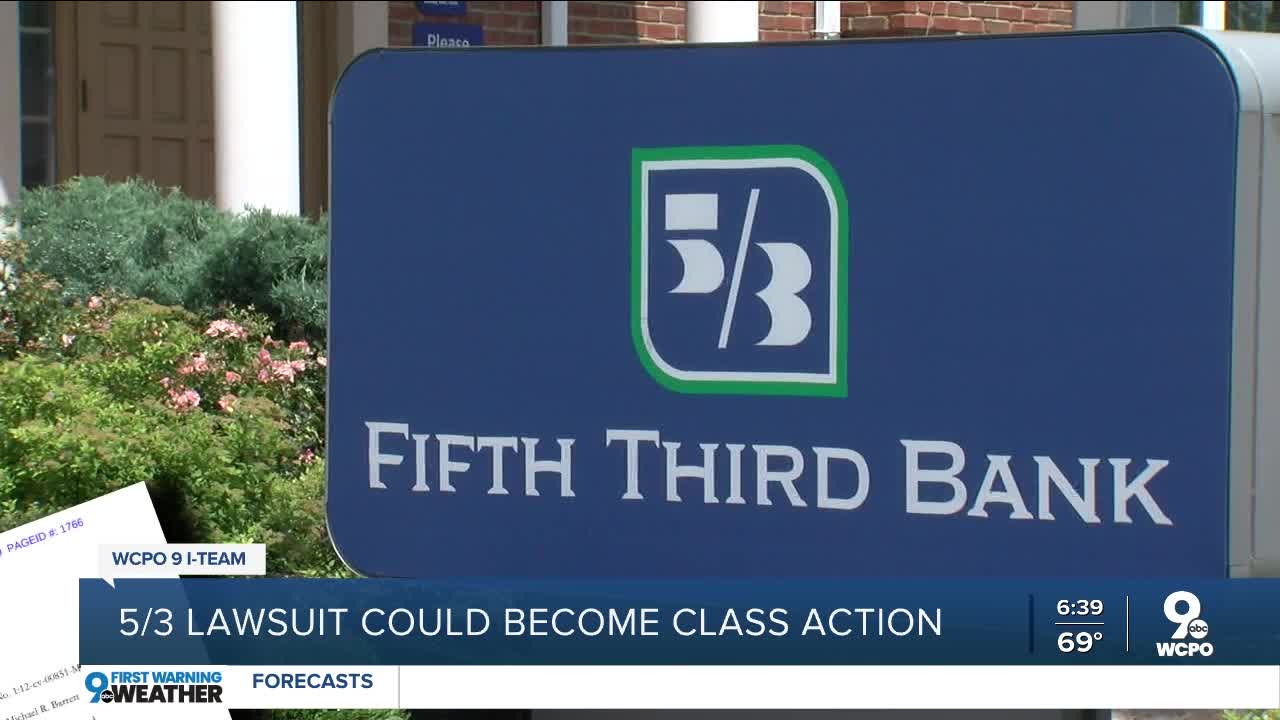 All three signed up for Early Access loans from Fifth Third Bank. All three are now vying to act as lead plaintiffs in a proposed class-action lawsuit that could cost the company hundreds of millions of dollars.

“A promise was made that was not kept,” Fyock testified in a Jan. 22 deposition. “I was overcharged an interest rate that was way, far and beyond my wildest dreams.”

The eight-year-old case is approaching a pivotal moment: U.S. District Judge Michael Barrett has been asked to decide whether to grant it class-action status.

Saying yes would allow plaintiff attorneys to pursue claims on behalf of “hundreds of thousands” of Fifth Third customers who used Early Access loans between 2008 and 2013, according to a court filing by Hassan Zavareei, a Washington, D.C. attorney who represents Harrison, Fyock and McKinney.

“Fifth Third violated the Truth in Lending Act and breached its Early Access Loan Agreement when it misleadingly disclosed a 120% (Annual Percentage Rate) for its Early Access Loans, which actually carried APRs many multiples higher,” wrote Zavareei, who did not respond to the I-Team’s request for an interview.

Fifth Third also declined to comment. However, it countered in a court filing that its fees — $1 for every $10 borrowed — were clearly disclosed by the bank and well understood by its customers, some of whom continued to use Early Access loans after suing the company.

“Plaintiffs are attempting to transform an arguable Truth in Lending Act claim, with potential statutory damages capped at $1–2 million, into what they assert to be a half-billion-dollar breach of contract claim,” wrote attorney Enu Mainigi, representing the bank, in a motion opposing class certification. “Plaintiffs hope through class certification to leverage Fifth Third to settle based on a small risk of a large judgment, before the merits can be decided.”

At the heart of the case is an allegation that Fifth Third misled its customers over the interest rate they paid for cash advances.

“If you had actually told me that I was getting … charged like 4,000%, I probably wouldn’t have used this,” McKinney testified in his Feb. 24 deposition. “At 25, you don’t know any better.”

The bank says four of the seven named plaintiffs in the case, McKinney included, admitted in depositions that they understood they were being charged a flat fee of 10% no matter how long the loan was outstanding. But they also signed a contract that allowed Fifth Third to collect repayment any time the borrower deposited more than $100 in their bank account or after 35 days, whichever came first.

Plaintiff attorneys claim Fifth Third’s contract was misleading because its annual percentage rate was based on the 10% fee times 12 months. But these short-term loans never lasted 12 months. In fact, some were paid off in a day, so Early Access customers were effectively paying a much higher APR than 120%.

“That’s what’s so insidious about this situation, is that the APR is designed to allow people to compare the cost of credit, and it’s exactly what it doesn’t do here," said Nathalie Martin, a University of New Mexico law professor who has studied the payday lending industry and lobbied for its reform.

“I know the lender is trying to argue that because people had different intents and different understanding of the contract, the case can’t be certified,” Martin said. “That’s not the issue that I see. What I see is they were all subjected to the same type of contract. So, it seems to me that this is going to be a legitimate class action.”

The case already cleared one legal hurdle when the Sixth Circuit Court of Appeals revived a breach of contract claim that Judge Barrett dismissed in 2015. Barrett ruled the bank clearly explained how it calculated its annual percentage rate, but the appeals court ruled Fifth Third’s contract actually defined APR in two contradictory ways. It sent the case back to Barrett to revisit the issue.

Of the two claims, the breach of contract allegation is more serious. Plaintiffs are seeking as damages the difference between the 120% APR and the amount Fifth Third customers actually paid. An expert witness calculated that amount at $288.1 million through April 2013, but said they would need additional transaction histories from the bank to calculate damages from May 2013 to the present.

Martin said Fifth Third could face some damage to its reputation if it loses a big verdict, but she doesn’t expect it will be enough to drive the bank out of the short-term loan business.

“There are a few lenders that have been doing these kinds of loans for a long time and nobody seems to be too concerned about it,” she said. “So, I think the dollars are probably more impactful than the reputational issues. You can see even with Wells Fargo and all the problems they had that they are still in business. So, probably the bump in the road is going to be the financial hit, not the reputational hit.”