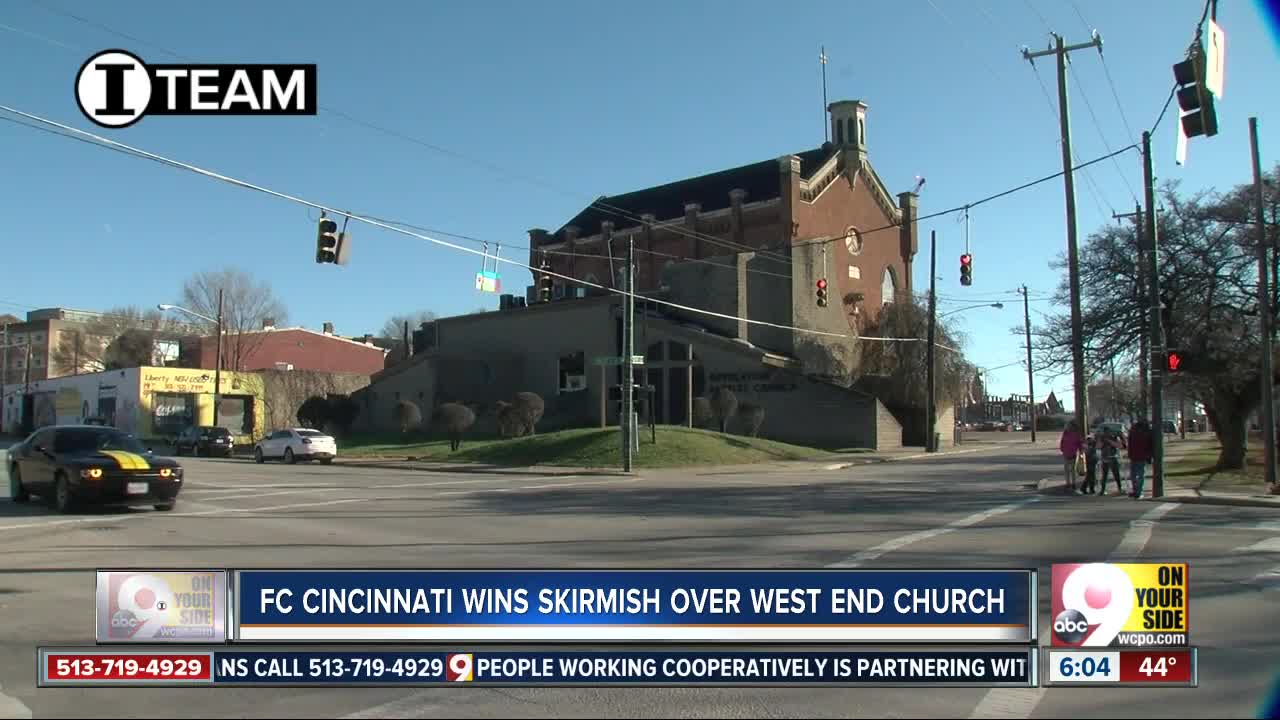 FC Cincinnati, which bought the building in May, was granted a demolition permit Sept. 20, said Lindsey Mithoefer, communications manager for the city’s department of buildings and inspections. “The applicant has 150 days from the issuance of the permit to begin the demolition work or the permit may lapse,” Mithoefer added.

CINCINNATI — The fight to save Cincinnati’s second-oldest synagogue from the wrecking ball ended with a whimper last month when the city’s Historic Conservation Board declined to designate the building a local historic landmark and Cincinnati Councilman Chris Seelbach declined to pursue the matter further.

“They determined that too much of it had been altered in (a 1976) renovation, so they declined to grant the historic status,” said Jon Harmon, Seelbach’s legislative director. “They made their determination and that was what Chris wanted to know.”

Seelbach applied for the historic designation Aug. 5, saying the church at 1556 John Street was “an important part of the story of Reform Judaism and the development of the West End as a center of African American life in Cincinnati.” Seelbach withdrew his application Nov. 25, which kept the Cincinnati Planning Commission and city council from reviewing the conservation board’s decision.

FC Cincinnati, which bought the building in May, was granted a demolition permit Sept. 20, said Lindsey Mithoefer, communications manager for the city’s department of buildings and inspections.

“The applicant has 150 days from the issuance of the permit to begin the demolition work or the permit may lapse,” Mithoefer added.

An FC Cincinnati spokesman said no date has been set for the demolition and no plan is in place for the site’s redevelopment. In July, the team said Revelation Missionary Baptist Church would remain in the John Street location “until FC Cincinnati completes the design and construction of a church building located in North College Hill.”

Todd Ingram, interim pastor for Revelation Missionary Baptist Church, said it plans to remove the building’s ornate stained-glass windows prior to demolition and install them in the new location.

“Even though the building goes away, the church still lives on,” Ingram said. “There’s a monumental cornerstone that we laid here in 1931. That most likely will be extracted as well.”

Cincinnati will “lose a part of our soul and a part of our identity” with the demolition, said Mike Morgan, a Newport attorney who became an activist for historic preservation while working as a developer in Over-the-Rhine.

Morgan said Over-the-Rhine real estate is worth more today because city officials protected so many of its historic buildings through decades of urban decay. He thinks the demolition at 1556 John Street would be a missed opportunity for Cincinnati to capitalize on a religious tourism trend that brought millions of visitors to the region in the last four years, thanks to attractions like Grant County’s Ark Encounter.

The city’s historic conservation staff agreed the building is historically significant because of its association with the development of Reform Judaism in the late 1800s and the American Civil Rights movement in the 1960s. They also agreed the building had a strong connection to Rev. Fred Shuttlesworth, who worked with Dr. Martin Luther King to start the Southern Christian Leadership Conference and plan a series of desegregation marches in Birmingham, Alabama.

“This was his home church during his most productive years of the Civil Rights movement,” the staff report said.

But the report also said the building lacked a strong connection to David Wade, one of Cincinnati’s early settlers, and Rabbi Isaac Mayer Wise, who is considered the father of the American movement known as Reform Judaism.

“While he spoke at the temple on several occasions, he was not the Rabbi of the congregation,” said the report.

Finally, the staff rejected Seelbach’s argument that the building was architecturally significant: “As the building had been significantly altered both on the interior and exterior, staff does not feel that there is enough integrity within the building's physical fabric to satisfy this criterion.”