Executive Pay 2020: Did your boss get a coronavirus pay cut? 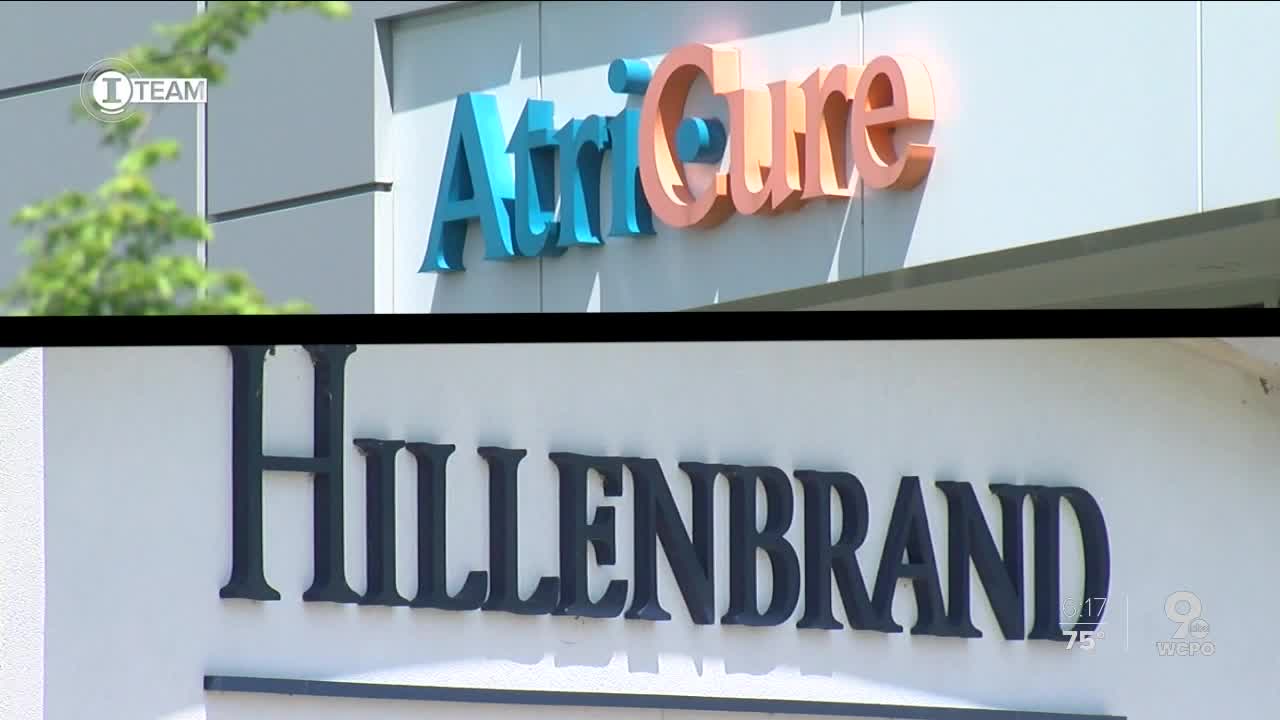 Four local companies were among 500 nationwide that cut executive pay in the COVID-19 pandemic this year.

But that didn’t keep him from doing it – twice – in response to the coronavirus pandemic.

The first cut came March 9, when Symson amended his employment contract to roll back a $200,000 raise that started with his new contract on Jan. 1. It was part of a company-wide cost-cutting effort that kept Scripps from having to lay off or furlough its roughly 6,000 employees.

"We suffered when a lot of our advertisers were closed for business,” Symson said. “They did what we did. They pulled back on expense.”

The second cut was announced in an April 13 filing with the U.S. Securities and Exchange Commission. Scripps, which owns WCPO, said Symson and 11 board members volunteered to reduce their cash compensation by 15% while seven other executives volunteered for a 10% cut in base salary. Together, the cuts saved about $500,000 that was donated to The Scripps Howard Foundation’s COVID-19 Employee Relief Fund for Scripps employees suffering financially because of the pandemic.

“Though their jobs weren’t being impacted at Scripps, they may have had spouses who were being impacted by job loss or incremental expenses associated with elder care or childcare,” Symson said. “So, we recognized the need was significant.”

Pay cuts in the corner office represent just one more way the global pandemic has impacted every facet of business life in the Tri-State, from the clearing of local office buildings in favor of work-at-home arrangements to the sudden closure of hotels, restaurants, casinos and entertainment venues. Although publicly traded companies are just one slice of the economy, they are some of Cincinnati’s largest employers – and the data they’re required to share with investors offers ready access to their world.

So, as part of our annual executive pay coverage, we spent some time analyzing how coronavirus pay cuts might impact local companies and the broader economy. In the short term, the cuts helped companies quickly cut expenses at a time of great uncertainty. The long-term impact, like the virus itself, is still an open question.

“Companies are rethinking a lot of different aspects of their overall benefit package, how they pay employees, how they support employees,” said Ric Marshall, executive director of environmental, social and governance research at New York -based MSGI Inc., an investment research firm.

“I think we’re going to see some big transitions. This is a challenging time, but it also presents a way for executives to be really creative and try to come up with some ways to do a better job at some of those things.”

‘Sharing in the pain’
Scripps is one of at least 572 publicly traded companies that announced pay cuts for top executives or board members in response to the coronavirus pandemic, according to a list compiled by The Conference Board, a New York -based nonprofit that conducts research on economics and business management. That list, last updated May 22, represents about 13% of the roughly 4,400 publicly traded companies in the U.S.

In addition to Scripps, the Greater Cincinnati-based companies announcing pay cuts so far include Batesville, Ind. -based hospital bed maker Hillenbrand Inc. and Atricure Inc., a Mason-based medical device company. Macy’s Inc., which announced in February that it will close its Cincinnati headquarters this year, announced pay cuts March 30.

The Conference Board also lists dozens of companies that aren’t based in Cincinnati, but employ lots of people here. Among them: GE Aviation, Marriott International and Hollywood Casino owner Penn National Gaming Inc. The list includes 71 health care companies, 55 retailers, 17 restaurant chains and 14 companies each from the hotel and media industries.

“The biggest reason we’re seeing companies make cuts to executive pay is to send the message that we’re sharing in the pain,” said Amit Batish, content manager for Equilar, a Redwood City, Calif.-based research firm that compiles data on executive pay. “And it is a means to kind of conserve cash.”

Pay cuts have been the steepest in companies hit hardest by the pandemic, according to a May 18 study by the New York-based compensation consulting firm Semler Brossy. The cuts typically involved a percentage reduction in the base salary of CEOs, with smaller percentage cuts for high-ranking executives and board members.

“Early disclosures were fewer in number and made by the most immediately impacted companies,” said the Semler-Brossy report. “At least half of CEO salary cuts announced in March were greater than 50%, whereas recent cuts have tended towards the 20 to 30% range.”

While the cuts are significant, they’re not likely to have a lasting impact on the wealth-building capacity of public-company executives. That’s because stock-based pay, which usually accounts for about half of total compensation, was not altered in the wave of COVID-19 cuts. Stock grants are long-term incentives that take years to vest. Companies estimate their future value when they’re issued, but the actual reward depends on future stock prices.

An I-Team analysis of local pay cuts found that 43 executives and board members will lose a combined $3.8 million from cuts announced so far. But as a group those cuts amount to less than 10 percent of the total compensation those executives received in 2019 from salary, bonuses, perks and stock awards.

“If you’re one of those workers that has been furloughed or took a big pay cut, while it does kind of help to see that your CEO is standing guard with you, it doesn’t really help the sting,” Batish said. “CEOs make a ton more than the median worker. Everyone knows that.”

Pay rose more quickly for those at the top
This is the 8th year that WCPO has analyzed pay practices at Cincinnati-based public companies, using annual disclosures made to investors in filings with the U.S. Securities and Exchange Commission. As in past years, the filings show companies continue to rely heavily on stock options and restricted-share grants to attract and retain their highest-ranked executives. These awards totaled $175 million for the 122 bosses listed in the searchable database at the end of this story. That’s 49% of all compensation for the group.

Here are some other key findings from the 2019 pay disclosures, which do not include the impact of COVID-19 pay cuts: