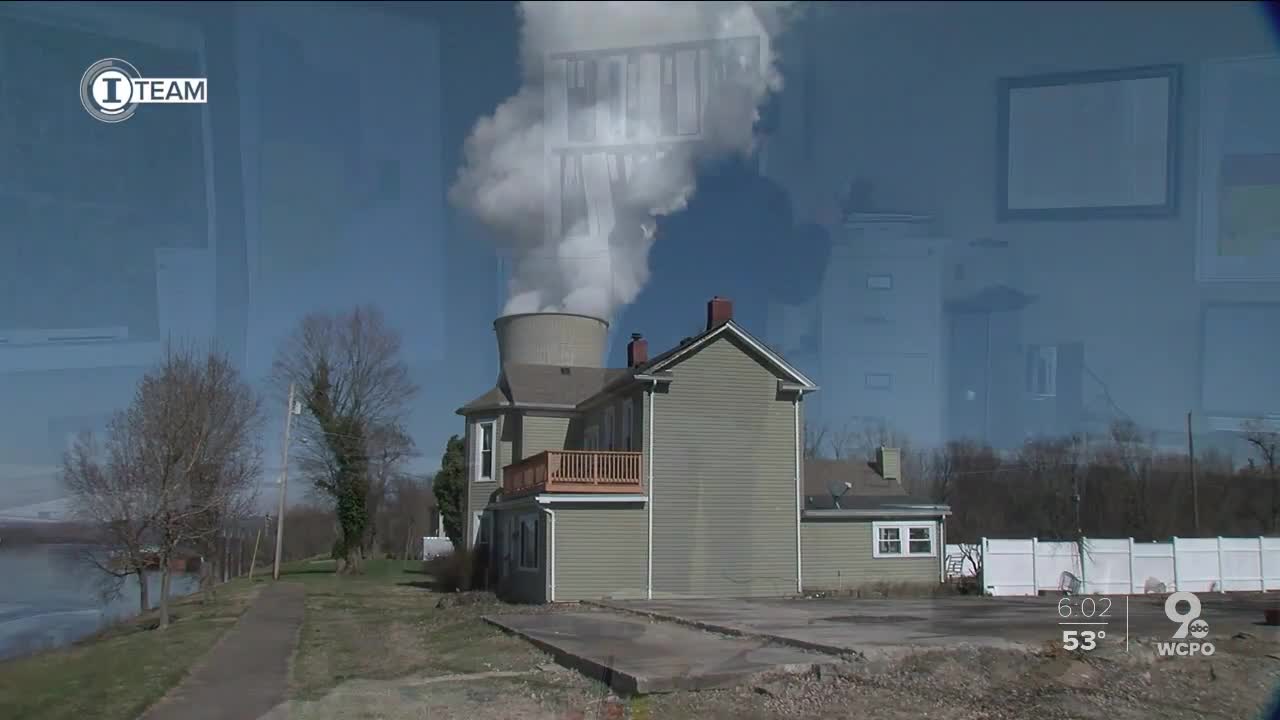 The U.S. Environmental Protection Agency has proposed a consent decree to settle more than a decade of pollution violations at the William H. Zimmer Power Station in Moscow, Ohio, raising new questions about the future of the coal-fired power plant. 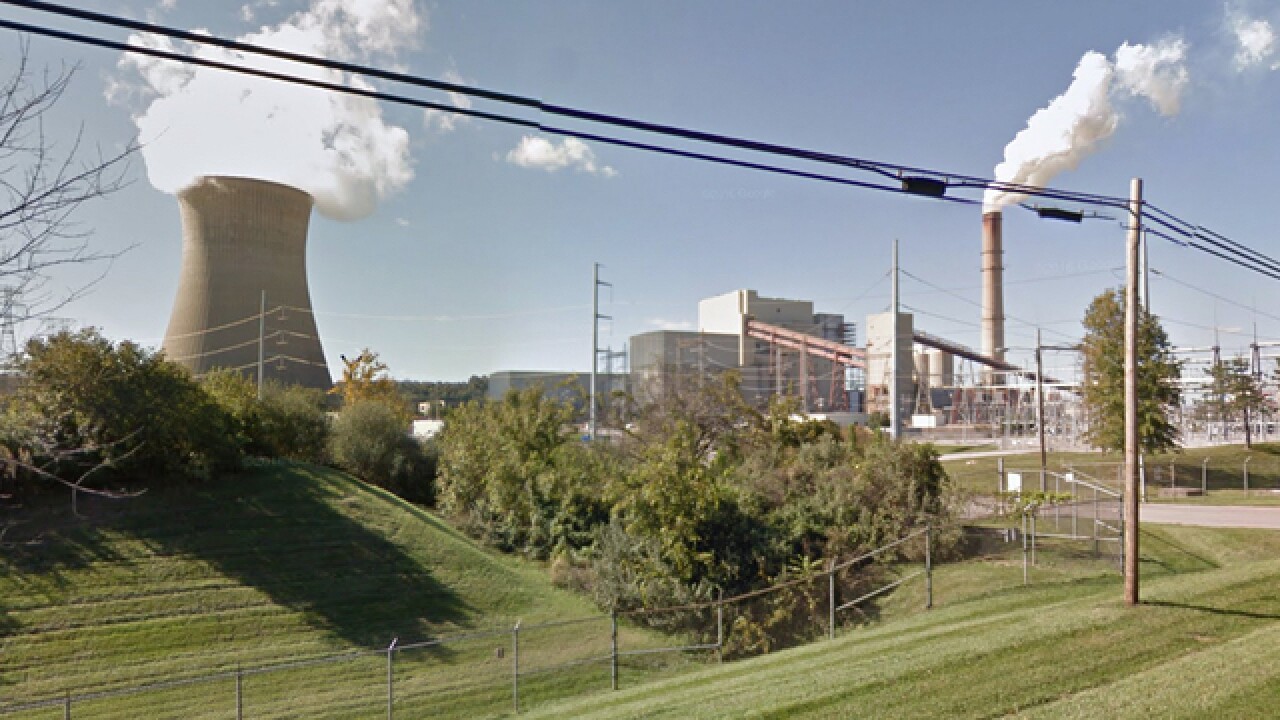 The U.S. Environmental Protection Agency has proposed a consent decree to settle more than a decade of pollution violations at the William H. Zimmer Power Station in Moscow, Ohio, raising new questions about the future of the coal-fired power plant.

The settlement calls for Vistra Energy Corp., which acquired the plant in 2018, to pay a civil penalty of $600,000 to the U.S. Justice Department and spend $45,000 on energy-efficient lighting at a nearby school. The settlement also requires Vistra to mitigate past pollution by replacing three older school buses with cleaner-burning vehicles.

One environmental attorney said the agreement is an example of increasing leniency on coal plants by the Trump Administration, which is rolling back Obama-era regulations that were designed to combat global warming in an attempt to revive the U.S. coal industry.

“This is a relatively light fine for a company that appears to have been cutting corners for quite a long time to save money directly at the expense of public health,” said Thomas Cmar, a Chicago-based deputy managing attorney for Earthjustice, a nonprofit law firm specializing in environmental cases. “To me what’s most significant about this settlement is it appears the EPA caught the company red handed not using the controls they already had in place.”

Vistra Energy declined to be interviewed but defended the deal in written responses to the I-Team’s questions:

“Some of these alleged emission violations are over a decade old and date back to prior owners – in fact, two prior owners,” wrote Vistra spokeswoman Meranda Cohn. “It is important to point out that the plant is currently in compliance with its permits and, over the years, additional emission control equipment has been added to the plant. In fact, the consent decree contains new stringent emission limitations with which we must comply.”

The government’s allegations against Zimmer were outlined in a Jan. 28 complaint against the plant for Clean Air Act violations and in three prior notices of violations referenced in that complaint. Here is a summary of the EPA’s claims:

In a statement, Duke Energy said it "strongly disagreed with EPA’s interpretation of the regulations and EPA’s assertions that certain emission violations occurred" in the years prior to its sale of the plant in 2014. The utility said EPA declined to pursue enforcement at the time and Duke Energy denies any liability in connection with the Jan. 28 complaint.

"Duke Energy has a responsibility to take a comprehensive approach to reducing its environmental footprint, and has made significant progress across a number of areas, including reducing sulfur dioxide emissions by 96 percent from 2005 levels," said company spokeswoman Sally Thelen.

'Rotten eggs'
Zimmer is one of two power plants that operated in Clermont County when the Ohio EPA designated Pierce Township and five census tracts in Campbell County as a “nonattainment area” for national air quality standards adopted by the EPA in 2010. That led to the closure of Duke Energy’s Beckjord plant in 2014, eliminating a pollution source that emitted more than 90,000 tons of sulfur dioxide in 2011. Zimmer, by comparison, pumped out 13,500 tons in 2014. Duke Energy’s Miami Fort station reported 28,000 tons of SO2 that same year. Citing those numbers, EPA reclassified Clermont and Campbell counties as attainment areas for sulfur dioxide in 2016.

“The Beckjord plant has been demonstrated to be the primary SO2 source which caused the monitored exceedances,” said the report, published in the federal register. “As it has closed and cannot reopen without applying for a new operating permit, EPA agrees that the improvement in air quality in the nonattainment area is due to permanent and enforceable emission reductions.”

But closure of Beckjord did not make the air pristine in southern Clermont County. A 2015 study by the Ohio EPA showed “maximum SO2 impacts” of more than 40 parts per billion within several hundred meters of the Zimmer plant. That’s lower than the 75 parts per billion that would have violated national air-quality standards but still high enough for Moscow residents like Jeff Richards to notice.

A 20-year resident of Moscow, Richards said the Zimmer plant has been known to release coal dust that ruins the finish on cars and trucks. He suspects the plant plays a role in the number of colds and congestion he experiences every year. And, he questions why the consent decree is large enough to deter future pollution.

“That $600,000 isn’t going to affect their bottom line at all," he said. "You should hurt them if they’re not in compliance. They should be hurt.”

Richards would like to see payments to village residents as part of the settlement or an order to shut it down.

“I want it to go away,” Richards said. “Let’s see what the property value is out here with that gone.”

Others are not so eager for the plant’s demise.

“They should definitely do anything to keep this power plant running for jobs but they also need to make sure that it’s clean,” said Drake Kimberly, 24, who was born in Point Pleasant and gathered with friends in Moscow most weekends while growing up.

“I got couple buddies that worked there,” he said. “They don’t seem to have too many health issues or any health issues at all that are related to working at the power plant. None of my family members that have asthma that have lived with me have ever had problems breathing around this area.”

“We rely heavily on the taxes that they pay to provide a lot of our services to the residents,” Gephardt said. “Our overall budget is about a half-million dollars and quite a significant amount of that comes from Zimmer."

But Zimmer’s property tax payments have declined in recent years because appraisals have reduced its real estate value. That’s part of a national trend: The devaluation of coal-fired plants is caused by the nation’s shift toward natural gas, wind and solar as cheaper and cleaner sources of energy.

“We’re getting closer to making some hard choices, whether we can provide some of the services that we’ve been able to do for free for our residents such as trash pickup and free sewer,” Gephardt said. “Those are all questions that are probably going to come to the head of the table here soon.”

Gephardt said Vistra made some capital improvements to the plant last summer and assured him that Zimmer would continue to operate “on a fairly regular basis for the foreseeable future.”

“If no subcategory is established, it could leave these facilities with a Hobson's choice: install costly new technologies that could result in significant stranded assets in the short-term or choose to retire these units prematurely, which may cause reliability concerns,” the filing states.

Gephardt said he wants the plant to operate responsibly, but he also worries it could be regulated out of business.

“It’s certainly a concern,” he said. “I mean, I don’t want to hear that a plant that’s already been devalued five times now all of a sudden has 600-K in EPA fines possibly coming down the pike. That can’t be a good thing.”

No hearing date has been set for final approval of the settlement. The Justice Department is taking public comments on the settlement through March 13 and the case has been assigned to U.S. District Court Judge Susan Dlott.