Research firm identifies $1B in 'loans of concern' 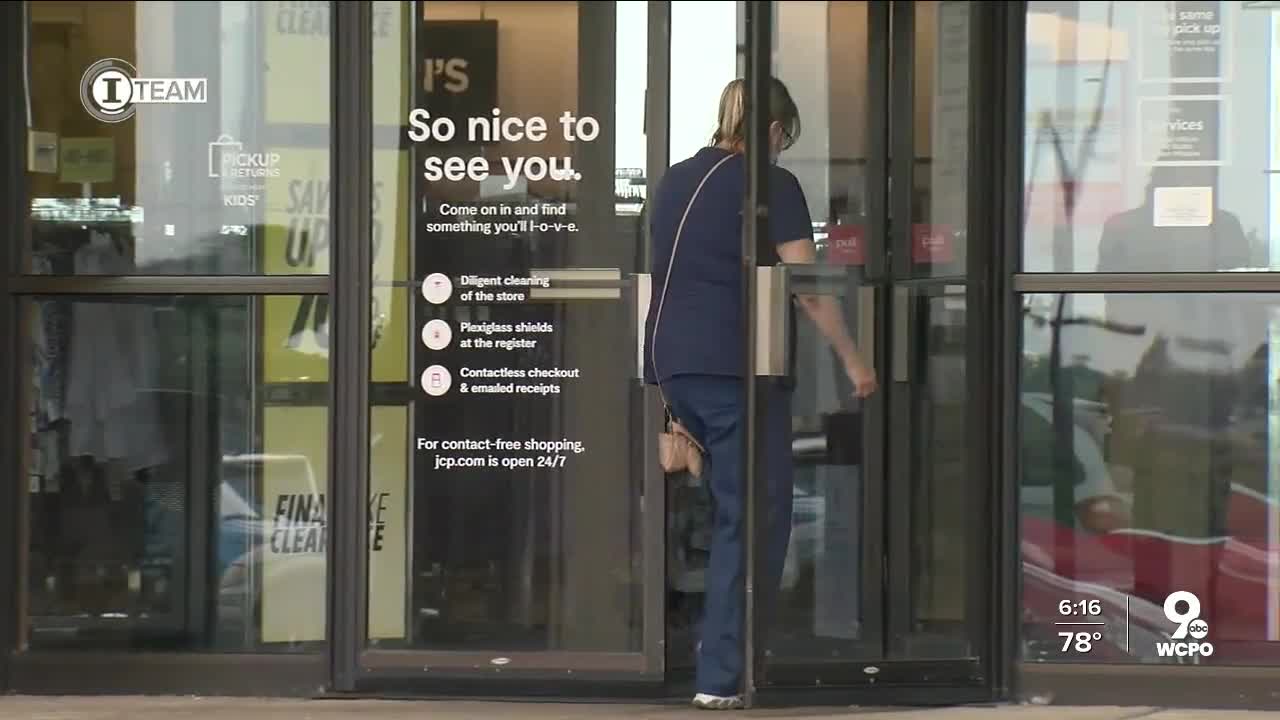 KBRA has identified 56 loans totaling $1.1 billion in Greater Cincinnati that are either in default or at heightened risk of default. 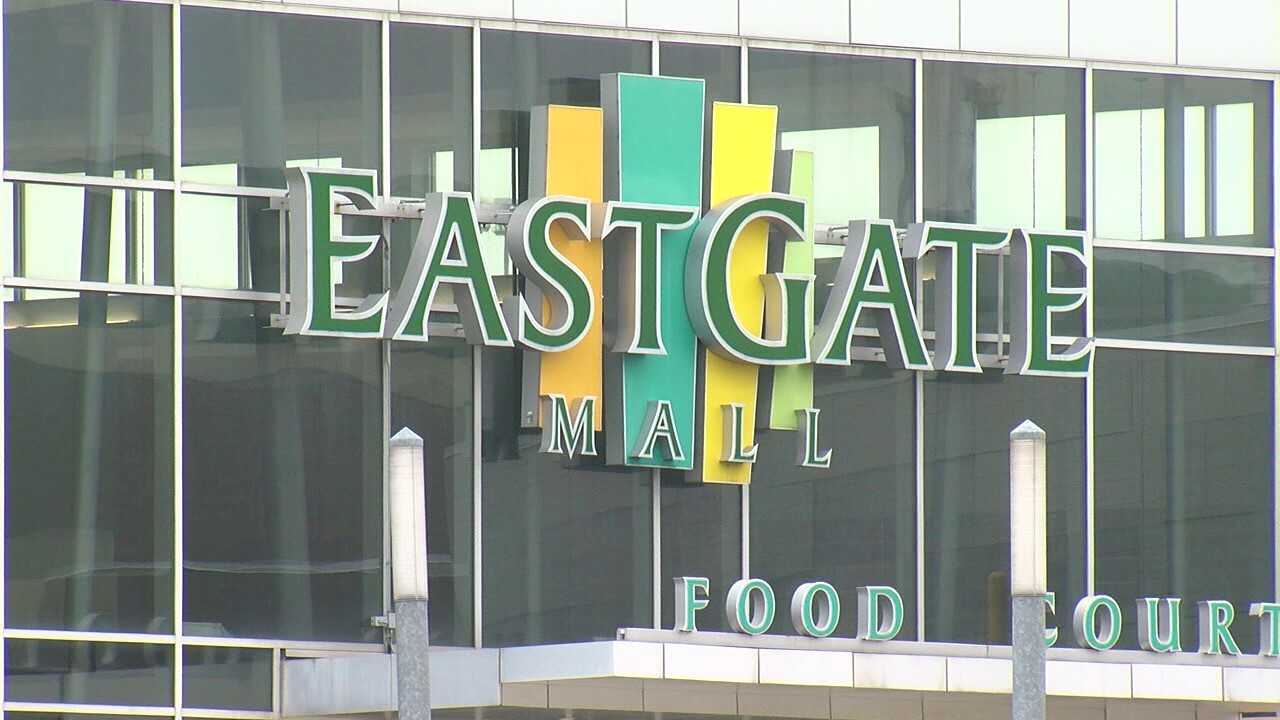 CINCINNATI — Eastgate Mall is headed to foreclosure, one of Greater Cincinnati’s first commercial real estate casualties during the COVID-19 pandemic.

The mall’s owner, CBL Properties of Chattanooga, Tenn., told investors in an Aug. 18 securities filing that it expects to cooperate with lenders on “foreclosure or conveyance proceedings” to settle a $32 million mortgage debt. The loan fell into delinquency in April, when a balloon payment came due in the middle of a state-ordered closure due to COVID-19.

As WCPO I-Team reported in February, Eastgate was already facing tough times before the pandemic hit. An I-Team analysis ranked it as the fourth most endangered mall in Greater Cincinnati.

CBL Properties did not return the I-Team’s attempts to reach it for this story.

Union Township Administrator Ken Geis said a foreclosure could be a catalyst for the mall’s redevelopment, if lenders are willing to take a loss on the debt and the next owner can figure out the mall’s complicated ownership structure.

“I don’t think that the land’s going to be any less valuable than it is today as a result of this,” Geis said. “People are building all around it. So, there’s no reason to think they wouldn’t build there. Hopefully, somebody can go in there and figure it out.”

But the bigger question is whether Eastgate marks the start of another wave of defaults, like the real estate crisis that hamstrung Cincinnati’s economy after the 2008 recession. At the peak of that crisis in 2011, Cincinnati’s delinquency rate climbed above 15% for commercial mortgage backed securities, or CMBS loans, according to the research firm, Trepp.

CMBS loans represent about 15% of all real estate financing arrangements. But because borrowers are required to submit detailed financial information to obtain the loans, CMBS filings are closely watched by investors as a sign of how real estate projects are faring.

Cincinnati ranked 12th in the nation with a delinquency rate of 19% in August, according to Trepp. The rate was even higher in June, when 24 loans totaling $385 million were at least 30 days delinquent, representing 23% of the region’s $1.7 billion in CMBS debt.

“Delinquencies accelerated a lot faster than what we saw back in 2008,” said Patrick Czupryna, who follows CMBS deals for Philadelphia-based Kroll Bond Rating Agency (KBRA). “However, it remains to be seen what a recovery looks like relative to the last recession.”

Banks are much better capitalized than they were a decade ago. The CMBS market – which ground to a halt in 2009 and took years to recover – produced $96.7 billion in new loans last year, a 27% increase over 2018. That should make it easier for debt-burdened properties to refinance or find buyers.

“Consensus is there is a lot of capital on the sidelines that folks are looking to put to work,” Czupryna said. “Interest rates are at record lows. So, I think there may have been a disruption in liquidity initially during lockdown … but it’s a little early to say whether that’s going to result in long-term disruption in the capital market.”

Still, there is lots of potential for Cincinnati’s commercial real estate market to get worse before it gets better.

KBRA has identified 56 loans totaling $1.1 billion in Greater Cincinnati that are either in default or at heightened risk of default. About 46% of these “loans of concern,” as KBRA calls them, were used to finance retail projects. Another 39% are tied to hotels.

“These include properties with low occupancy, net cash flow that is not sufficient to cover debt service, exposure to distressed or bankrupt tenants (and) properties collateralizing loans that are delinquent,” Czupryna said. “Additionally, for approximately 40% of the (loans) identified, negative impact to collateral performance from COVID19-related demand disruption is a primary concern.”

Among the most surprising names on the list is Florence Mall, which was more than 90 days delinquent in August, according to KBRA’s research. That’s a significant downturn for a mall that ranked second in the region with a 90% occupancy rate and revenue per square foot that also ranked second to Kenwood Towne Centre, according to research compiled by the I-Team in February.

“The borrower requested a 12-month debt service deferment and our analysis suggests the loan may realize a loss once resolved,” Czupryna said.

Florence and Kenwood are both owned by Brookfield Property Partners, which did not return the I-Team’s email seeking comment.

But Brookfield CEO Brian Kingston told investors Aug. 6 that the company is using the pandemic as an opportunity to re-evaluate its debt obligations. That’s because Brookfield’s CMBS deals are typically non-recourse loans that pledge a single asset toward the debt. In other words, even though the company has more than $1.5 billion in cash on its balance sheet, it can’t be forced to use that money to cover past-due loans at a single property.

“It’s allowing us to either restructure the loans in some format or in some cases just relieve ourselves of that debt obligation where it no longer makes sense to continue funding the shortfalls in those assets,” Kingston said. In some cases, “lenders are willing to sell us their loans or the mortgages back at a discount. And so, in that case we’ve been able to essentially reacquire the asset at an attractive basis.”

That approach could accelerate the repositioning of retail centers that have struggled for years with tenant bankruptcies and the growth of e-commerce, said Terry Ohnmeis, director of retail for Cushman & Wakefield, a commercial real estate firm. But only if lenders are willing to take a loss on their outstanding debt.

“The non-mall operators who are looking to repurpose these malls, there are opportunities,” Ohnmeis said. “We keep hearing about Amazon looking at certain department stores … and then there’s multi-family or storage. A lot of that for sure is a use that could work, but you’re still most likely talking about cents on the dollar.”

What that means for Eastgate will depend on how willing the mall’s multiple owners are to collaborate on a restructuring, said Geis.

Maybe “someone comes in and redefines that area,” he said, “and rather than the Eastgate Mall it becomes the Eastgate mixed-use center that includes high-density residential, entertainment, shopping, restaurants, maybe even some single-family residential units. Within five years it could look very different than it looks today.”