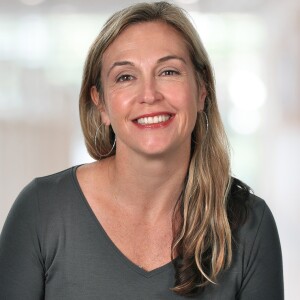 Duke Energy is taking down a 240-foot electric transmission tower at the former Walter C. Beckjord Power Station near New Richmond as part of the site’s restoration and potential redevelopment.

NEW RICHMOND, Ohio — Duke Energy is taking down a 240-foot electric transmission tower at the former Walter C. Beckjord Power Station near New Richmond as part of the site’s restoration and potential redevelopment.

Crews are using two cranes to take the steel lattice tower down in pieces over the next week, with scheduled completion by April 15.

The project is another step toward redevelopment of the site, which many Clermont County residents hope will bring in new jobs and tax revenue to replace losses from the closure of the Beckjord coal plant, and impending shuttering of the W.H. Zimmer coal plant in nearby Moscow.

Duke Energy retired the active coal-fired units at Beckjord in 2014. It sold the 1,443-acre site in 2018 to Commercial Liability Partners, a Missouri company that had initial plans to build an industrial park, green space and port terminal.

A spokesman for CLP did not return a request for comment.

“Demolition is slated to be completed in April of 2021 with redevelopment following immediately. All ash impoundments and landfills are being clean closed or capped … with final completion tentatively scheduled for the end of 2023,” according to CLP’s website, which last updated the project in August 2020.

Duke still owns the transmission substation and switchyard near the Beckjord site and is removing the electric tower because it “is no longer needed for the electric system as part of the site’s restoration,” according to a letter Duke sent to neighbors in March about the project.

“The tower was used to support a 345-kilovolt transmission line that was de-energized and later removed in 2017. The tower removal will involve using two cranes to take down the tower in pieces, and the materials then will be removed from the site. The foundations of the tower will remain on-site. The construction is not expected to impact traffic on U.S. 52,” the letter says.

“We’re still hopeful … that Zimmer (is) looking to possibly repurpose that factory for battery storage which would create some kind of employment and tax revenue,” said Tracey Miller, superintendent of New Richmond Exempted Village School District. “We’re also hopeful we could see some development down at Beckjord, which is also a very attractive place for a company to land.”

While Clermont County leaders have been anxious for CLP to ready the Beckjord site for development, many have complained vocally about problems with demolitions.

Pierce Township Fire Chief Craig Wright first complained to state and federal agencies about waste debris in the Ohio River at Beckjord in January 2021. That debris was from a boiler demolition crews did several months before.

Then crews demolished Beckjord’s main smokestack in February 2021. Instead of falling onto land, a large portion of the stack tumbled into the Ohio River. The debris sat underwater for seven months before cleanup began in September.

Crews removed the underwater smokestack debris last September and October with exception of a portion of a hopper, which was lodged in sediment and could not be retrieved with on-site equipment. Crews later removed the submerged portions of the hopper in December.

What kind of material fell into the Ohio River?

"Material included debris from the smokestack and Unit 6, which consisted of metal, concrete, hopper bins, and similar demolition debris. Specific to Unit 6 — There was an estimated 600 gross tons removed from the river that was originally located in the Unit 6 boiler material clean-up area,” said Katelyn Newton, a spokesperson for the U.S. Army Corps of Engineers, which oversaw the cleanup.