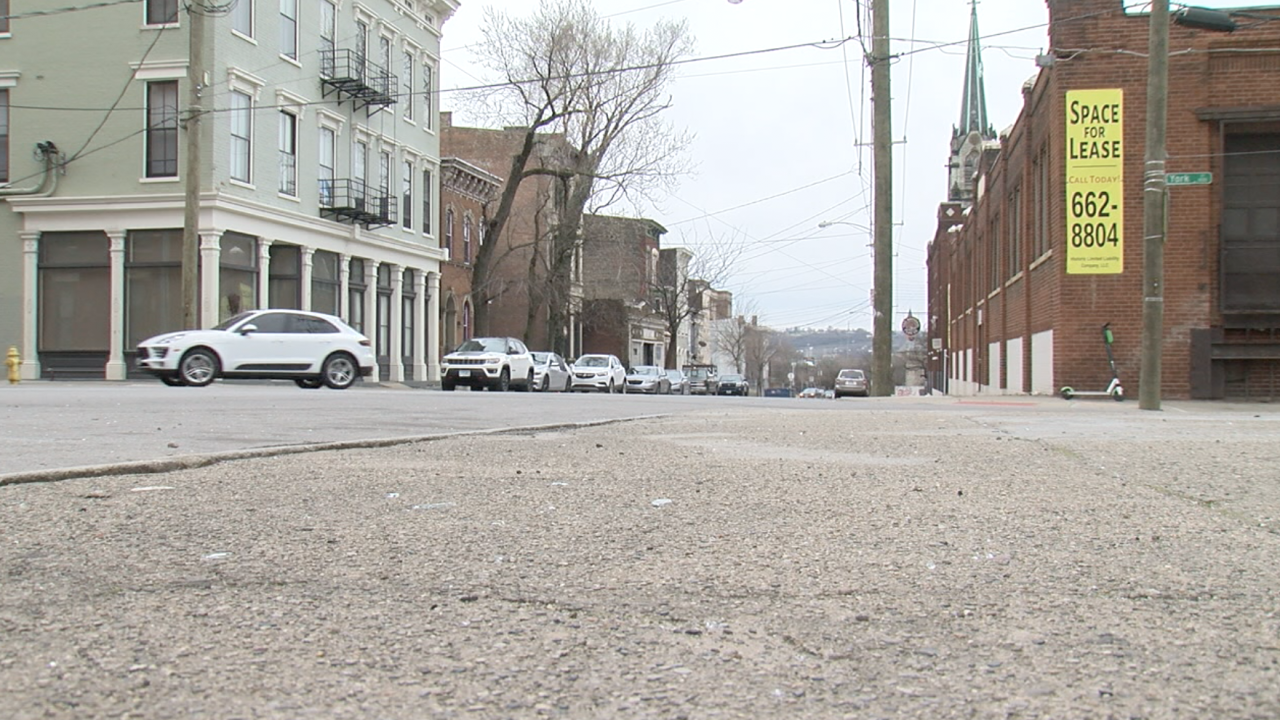 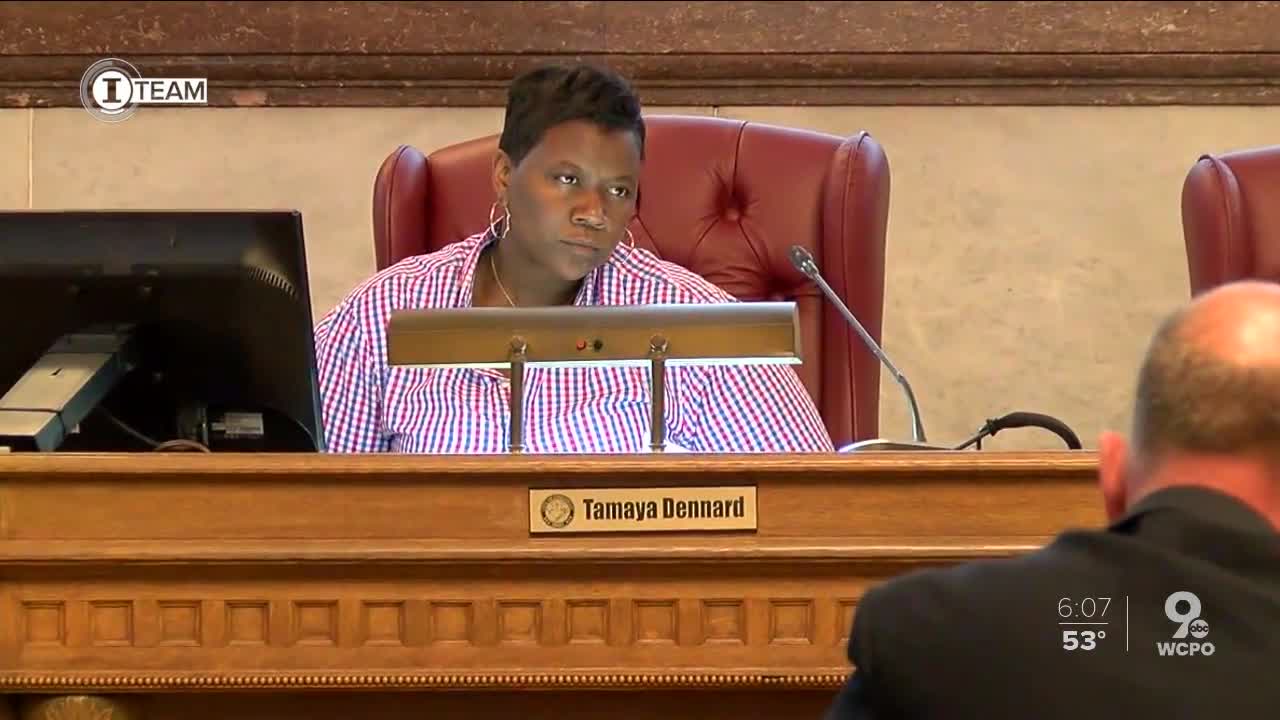 CINCINNATI — Six days after WCPO revealed that a $500,000 project proposed by former Cincinnati City Councilmember Tamaya Dennard was in question after her arrest on public corruption charges, she defended herself in a Facebook post on Tuesday.

“I wrote a motion while on City Council to put aside $500,000 to start the Freeman District … the city has provided far more for less worthy projects,” Dennard wrote. “The Freeman District was different than projects past because it was going to be BUILT and OWNED by non-white people in a hot real estate area; something this city hasn’t quite seen before.”

Dennard had proposed the city set aside $500,000 from its unspent winter weather reserves to buy property in the West End for a black entertainment district.

She was scheduled to speak about the idea at City Council a day before FBI agents arrested her on public corruption charges at a Downtown Starbucks on Feb. 25. They accused her of selling votes in an unrelated development project months earlier.

Dennard resigned a week after her arrest. A grand jury formally indicted her on March 11. She pleaded not guilty at her arraignment in U.S. District Court on Monday.

As city leaders attempt to measure the scope of Dennard’s alleged corruption, the future of her proposed projects, such as the Freeman District, are in limbo.

Councilmembers Greg Landsman and David Mann told WCPO last week there are too many “red flags” and unanswered questions about Dennard’s ordinance on the Freeman District project to allow it to move forward.

In fact, Landsman said he had concerns about all of Dennard’s votes and legislation. On March 4, he asked city officials for an internal review to determine what, if any, fallout exists from Dennard’s alleged corruption.

“We need to make sure that we’re fully transparent and if there were irregularities or issues, that we make that public and we make changes if necessary,” Landsman said.

“Last week, one of my colleagues who fashions himself as progressive went on record to express concern about my role in this project and others. He never emailed me or picked up the phone to ask questions,” Dennard wrote. “He was more concerned with trying to score political points off my situation. The only person who asked me a question was David Mann.”

Landsman and Dennard had been close colleagues on City Council after they were first elected in 2017.

In fact Landsman said he loaned Dennard $1,000 last year after she asked for help with financial hardship and her mother’s eviction.

The abrupt way that FBI agents arrested Dennard, nabbing her at a Starbucks two hours before she was scheduled to lead an Equity, Inclusion, Youth & the Arts Committee meeting at City Hall, raised questions for former federal prosecutor Ben Dusing.

“You don’t see public corruption targets being arrested at the Downtown Starbucks every day. You just don’t,” said Dusing, who has no ties to the case.

The fact that it did happen to Dennard could mean that FBI agents determined “this public official was corrupted and her continued participation in the democratic process would threaten the integrity of that process,” Dusing said. “I could see that being a rationale for doing as was done here.”

The last ordinance that Dennard sponsored weeks before her arrest was to take $500,000 from the city’s unspent weather reserves and use it to buy property for a black entertainment district in the West End.

The ordinance does not state which properties would be purchased, the scope of the project or how it would help the neighborhood. It only stated that the city would work “in conjunction with The Port.”

When WCPO contacted The Port CEO Laura Brunner last week, she said: “This is the first we are learning of the ordinance.”

When WCPO analyzed the owners of property on Freeman Avenue, it discovered several parcels had been bought in the past year by limited liability corporations, which can make it difficult to determine the true property owners.

“I don’t criticize somebody for looking for an investment opportunity. That’s not the issue,” Mann said. “The issue is whether there are connections that would seem … improper.”

“She approached me with it,” said Brown, who is also secretary of the West End Community Council.

Brown said she had one meeting with Dennard, an aide from her office, a business owner and a consultant with The Port to talk about the entertainment district. Since the idea was still in its infancy, she said few people knew about it.

"Last summer, a group of young (ages 20-42) black and brown entrepreneurs approached me because they wanted to be connected to city government," Dennard wrote in her Facebook post. "Out of that evening meeting at City Hall came the idea of a cultural entertainment district in the West End, later to be named the Freeman District. The entrepreneurs led the initiative, meaning it was up to them to decide what kind of businesses and the location of the businesses."

Dennard wrote that, "We had to be really careful about who we told and when because due to the presence of FC Cincinnati and gentrification, real estate in the West End is a hot commodity. We didn’t want anyone to purchase property that we hoped to be a part of the eventual Freeman District out from under us."

But one West End resident responded to Dennard via Facebook that the Freeman District project had been hidden from residents.

“This was all done behind closed doors before getting the actual residents of this neighborhood (West End) involved which it would impact. Residents’ voices matter and we don’t even know what the plan is,” one resident wrote. “I haven’t even heard or seen the plan for the Freeman District to even go for it or against it.”

To that Dennard responded, “We just started. There’s no plan yet. We were just trying to set up funding. Community engagement hadn’t taken place yet.”

Brown hopes the idea for the Freeman District doesn’t die and that City Council still considers funding the West End.

“We were excited to learn about the interest and the effort and even the opportunity for potential funding from the city,” Brown told WCPO last week. “We’d love to see Freeman Street just activated more with storefronts actually being storefronts and not apartments."

Meanwhile Dennard urged people to reach out to City Council, “and tell them that you are watching them and how they invest in black people,” she wrote in the Facebook post.

“The Freeman District must continue to move forward. It’s important that we turn our energy and stop settling for politicians who say the right things or vote for trivial policies but when it comes to moving the needle on black wealth, they back pedal and make excuses,” Dennard wrote.