COVID-19 in jails 'would be catastrophic' — here's how they're preparing 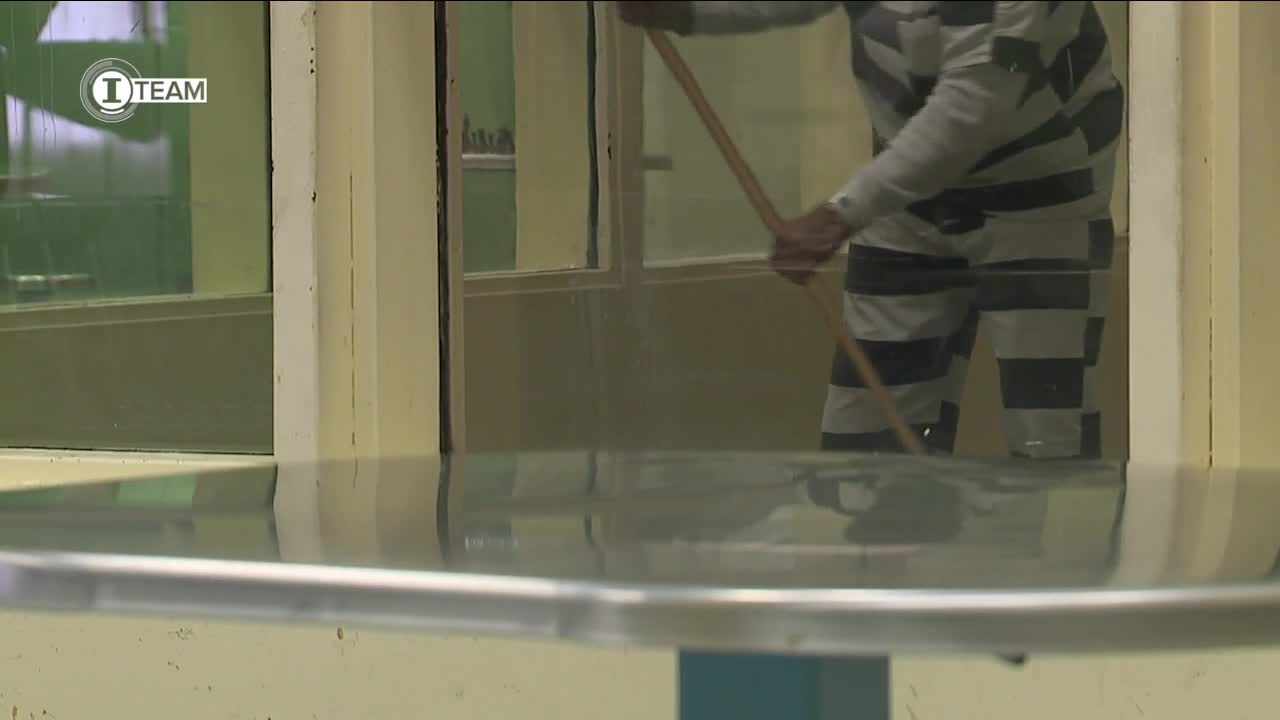 Are local jails doing enough to reduce COVID-19 risk? Some jails check the temperatures of staff every day. Some don't.

NEWPORT, Ky. — Brenda Holloway, an inmate in the Campbell County Detention Center, feels like a "sitting duck" waiting for the coronavirus that causes COVID-19 to enter the jail and spread through the inmate population.

"It's a scary time right now," Brenda's husband, Matt Holloway, told the WCPO 9 I-Team Friday as he stood outside the detention center in Newport, Kentucky.

On March 11, the World Health Organization declared COVID-19 a pandemic. Studies from WHO and the United States Department of Justice show inmates face a greater risk of getting infectious diseases than the general public.

The DOJ's 2015 report also found inmates were twice as likely as the general population to have asthma and other conditions that make them more vulnerable to COVID-19.

Holloway said his wife, who is 47, has a pre-existing medical condition that puts her at greater risk if she's exposed to the virus.

"It would be devastating," Holloway said.

There are about 550 inmates in the detention center, according to the current roster.

Inmates and corrections employees in at least six states have tested positive for COVID-19, according to news reports reviewed by the WCPO 9 I-Team.

"It's spreading like wildfire, and if it gets into the jail there's no way they're going to contain it," said Christy Queen, who was in jail with Brenda Holloway until Queen's release on Feb. 28.

There have been no positive tests reported for corrections staff or prisoners in Ohio and Kentucky.

WCPO examined the policies and practices used at county jails in Boone, Kenton and Campbell counties in Northern Kentucky, and Hamilton, Butler, Warren and Clermont counties in Southwest Ohio to see how they've responded to the pandemic.

Based on information provided by the jails, our investigation found that Campbell, Butler and Clermont county jails exceed recommendations provided by the Centers for Disease Control and the American Jail Association, a nonprofit group representing local corrections officials.

The I-Team also learned other jails have not been taking basic steps that medical experts say could reduce the risk of COVID-19 exposure to staff and inmates, and people who come in contact with them outside the jails.

The CDC lists fever as one of the first symptoms caused by COVID-19, but last Thursday Boone County Jailer Jason Maydak told the I-Team his staff isn't taking the temperatures of employees when they arrive at work..

"I don't think we have to go to that extreme yet," Maydak said.

Jail staff in Hamilton, Clermont, Butler and Campbell counties take the temperatures of everyone who enters the jail, according to information provided by agencies running those jails.

Maydak said his staff is "laying eyes on everybody" who works there, and that staff are supposed to check their temperatures at home.

That's not the message being shared by the American Jail Association, a nonprofit group representing the interests of jailers and sheriffs.

The AJA website posted a report with recommended strategies for responding to COVID-19.

The recommendations include taking daily temperatures of all incoming staff, suspending visits and cleaning and sanitizing work stations and inmate areas several times a day.

In addition, the report, written by Michele Deitch, a senior lecturer at the University of Texas who consulted with corrections officials, suggests reducing the inmate population, something that's already happened at several local jails.

The report also recommends that jails "increase information-sharing and transparency" with inmates, their families and the public through the media.

WCPO 9 requested information from the three Kentucky jailers and four Ohio sheriffs who run the seven county jails we reviewed.

Carl's website mentions that visits at the jail are suspended, but provides no additional information about how the jail is responding to concerns about COVID-19.

Sims' website has no public information about changes at the jail prompted by COVID-19.

In response to concerns about COVID-19, staff at the Butler County Jail are cleaning inmate housing units up to nine times a day, according to Chief Deputy Anthony Dwyer.

"What we've done throughout the agency has been fairly extensive," wrote Dwyer in an email response to the I-Team's questions.

Dwyer said Sheriff Richard Jones "wanted to get ahead of the curve" and began implementing changes during the week of March 9.

The changes include requiring temperature checks of staff and inmates prior to entering the jail, or whenever medical staff believes it's necessary.

Jail staff in Clermont, Hamilton, and Campbell counties have also been taking daily temperatures of staff and inmates before they enter the facility, according to information jail administrators provided to the I-Team.

Boone, Clermont, Butler, Hamilton, and Campbell county jail staff also take the temperatures of people before they are booked into the jail and when they are transferred to a different agency.

In the Clermont County Jail, staff does random temperature checks of inmates, according to Sheriff Robert Leahy.

"It's a scan," Leahy said. "They scanned me. It took three seconds."

Leahy said the jail began using a COVID-19 questionnaire in January – about six weeks before the WHO declared the pandemic – to help identify inmates who may be at special risk.

"I'm always concerned, but I'm confident that we're doing everything in our power to keep it a sterile and healthy environment," Leahy told the I-Team.

The Clermont County Jail, which has approximately 330 inmates, is the only local jail providing hand sanitizer in living areas shared by inmates.

Dailey said after being observed for 48 hours in isolation, corrections officers move the inmates to an unspecified area for 14 days.

"Just to keep an eye on them" before relocating the prisoners to the general population, Dailey told the I-Team.

In addition, Dailey said the concern about COVID-19 getting in the detention center prompted a series of meetings with staff that created a more frequent and rigorous regular cleaning and disinfection of the jail.

"If it gets inside the jail it's going to be ugly, so we just took these steps on our own because we thought they would be great preventative measures," Dailey said.

After our interview with Dailey, the I-Team noticed a group of seven people, mostly uniformed jail staff close together outside a door to the detention center.

The obvious lack of "social distancing" was striking considering the emphasis the CDC placed on trying to stay at least six feet from others.

The I-Team emailed Dailey a photo of the group, but he did not respond.

According to corrections officials, one of the most effective ways to reduce risk to inmates is to lower the population inside jails.

A recent court order gives Neil the authority to release nonviolent, low-level inmates who are not accused of sex crimes.

Neil told the I-Team that judges have been releasing more defendants on their own recognizance instead of setting low bonds that may keep them in jail for days or weeks.

Neil said police officers have written summons instead of making arrests for some minor crimes.

"It's where we should be if we're going to gain control of this virus."