City manager: Newport police chief's retirement has 'nothing to do with' WCPO I-Team investigation 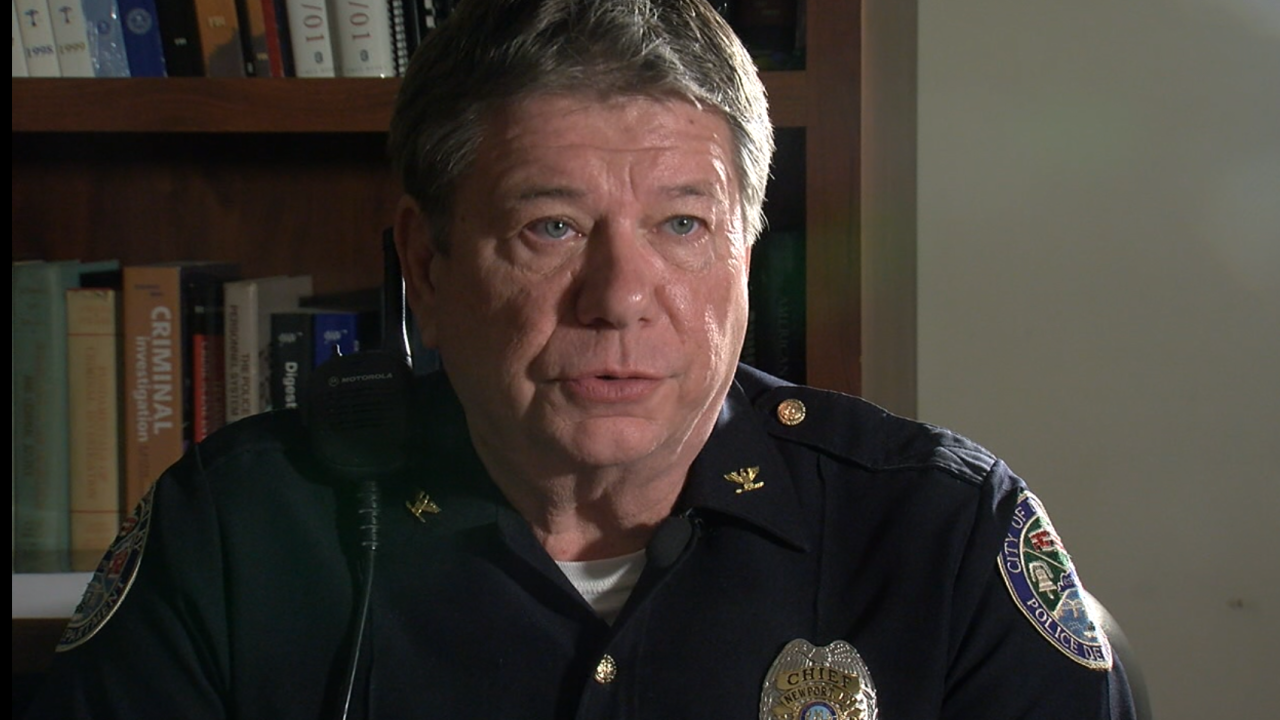 NEWPORT, Ky. — Newport will soon have a new police chief, and it has "nothing to do with" a WCPO I-Team investigation into use of force at departments throughout the region, the city manager said.

"The guy had a great career," Newport City Manager Thomas Fromme told WCPO on Wednesday. "He's had 40 plus years plus in law enforcement. He steered the department during tough economic times and never complained about it."

Fromme announced acting police chief Lt. Chris Fangman will be formally introduced as Collins' longterm replacement during a Newport Board of Commissioners meeting Sept. 9, according to a news release.

The Newport Board of Commissioners, which includes the mayor, vice-mayor and three additional elected commissioners, must approve Fromme's recommendation to promote Fangman before he can be sworn in as police chief.

"It's not like this was a secret or anything," Fromme said. He emphasized that Collins had considered retirement for the last two years and discussed it with Fromme in April of this year.

Fromme said Collins' decision to retire "has absolutely nothing to do with" the findings of a 2018 investigation by the WCPO I-Team.

The I-Team's investigation, Forcing the Peace, examined police use of force at 30 local police departments.

The I-Team spent six-months investigating how local police agencies document, review and train their officers on how to gain compliance from suspects who resist.

Collins defended his department in 2018, saying he had changed policy and shuffled management to encourage compliance with Supreme Court guidelines on reasonable use of force. Those 1989 standards say officers must take into account the severity of the crime, whether the subject is actively resisting or trying to flee and whether there are safety threats to officers and others.

Fromme told WCPO on Wednesday that the Newport police department had made "significant changes" concerning use of force by city police officers, but he did not provide details.

“Upon my retirement I'm pleased to hand the torch to Lt. Fangman,” Chief Collins is quoted as saying in Newport's news release. “I have no doubt that he has the skills necessary to be a great Chief.”

Fangman has been a SWAT Team Commander, Neighborhood Liaison Officer and currently serves as Patrol Division Commander, according to the city.