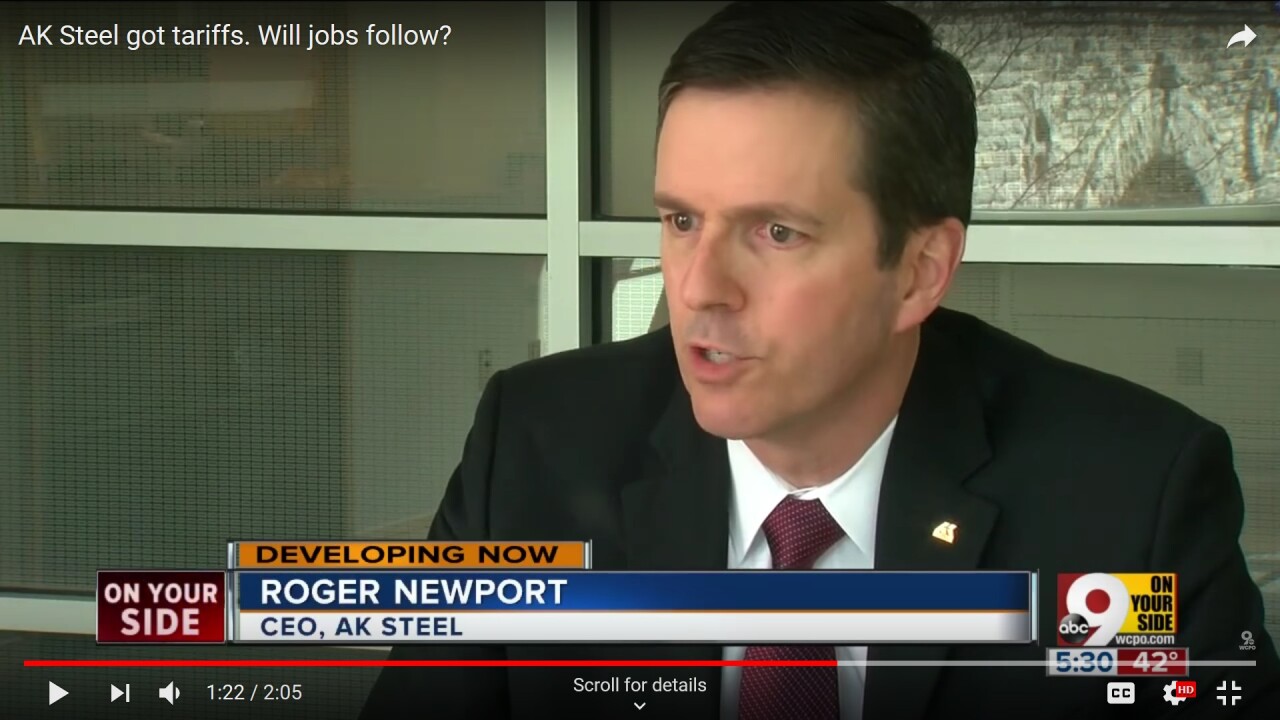 CINCINNATI — Two corporate takeovers have produced 10 new “golden parachutes” for some of Cincinnati’s highest-paid executives. Cincinnati Bell Inc. and AK Steel Holding Corp. disclosed the severance packages in recent filings with the U.S. Securities and Exchange Commission. They could bring combined payments of up to $78 million to the management teams of both companies.

Cincinnati Bell disclosed its golden parachute arrangements in a Feb. 4 proxy statement in which it seeks shareholder approval of its $2.6 billion acquisition by Toronto-based Brookfield Infrastructure. AK Steel, which announced its $1.1 billion takeover by Cleveland Cliffs Inc. in December, also detailed its golden parachute plans in a Feb. 4 proxy.

Golden parachutes are a common element of public-company acquisitions. They’re designed to keep executives from losing money they could have obtained from performance incentives if the company was not being acquired. They can also help the acquiring company retain management talent.

But shareholder activists have increasingly criticized golden parachutes that are too rich or too easily obtained, said Rosanna Landis Weaver, who follows public-company pay practices for the nonprofit shareholder advocacy group As You Sow.

She thinks Cincinnati Bell and AK Steel were too generous with their separation packages. The stock price of both companies hit five-year lows last year in the months leading up to their takeover announcements. The CEOs of each company would more than double their total compensation from 2018 if they received full payment from their golden parachute packages.

“Severance payments should not reward an executive for overseeing a failure,” Landis Weaver said “The company has done poorly and that’s why they are open for a change in control. This seems like a lot of money to get in that kind of situation.”

AK Steel did not respond to WCPO’s questions about its golden parachute disclosures. Cincinnati Bell said it "cannot comment beyond the information provided in our SEC filings."

WCPO has been tracking local golden parachutes since 2015. Based on our data, AK Steel ranks second among six companies in the total value of these awards. Cincinnati Bell ranks fifth. Here is a brief summary of the six disclosures:

Of course, with any executive pay plan, the devil is in the details. Weaver found details in both disclosures that she calls problematic, starting with “single triggers.”

Each company requires the bosses to meet two standards, or triggers, to receive full payment from their severance packages. The first trigger is a “change in control,” which means the completion of an acquisition. The second trigger is a “qualifying termination,” which basically means the executives must lose their jobs after the takeover through no fault of their own.

“Single triggers in general are rare,” Weaver said. “The theory is that you want to have an executive be available for the integration of the companies.”

Here is the total value of golden parachute payments, as disclosed by AK Steel: