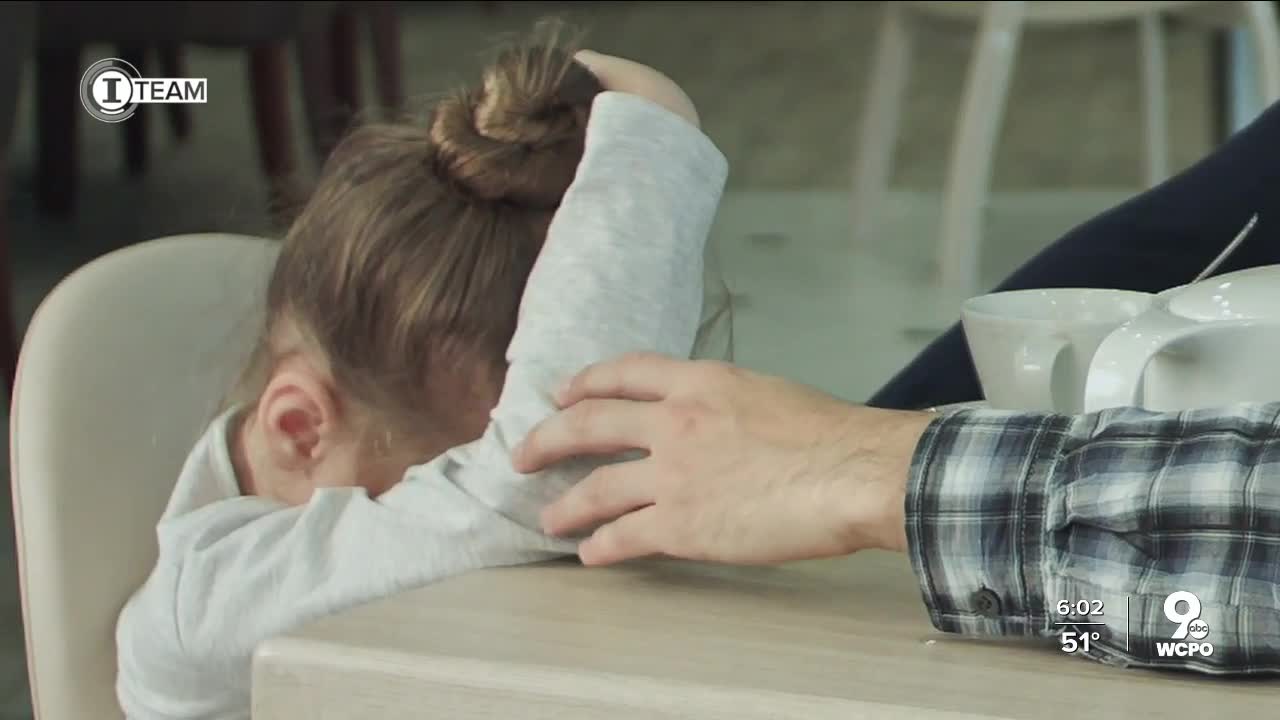 Reports of child abuse and neglect dropped by nearly 50 percent in Ohio, Indiana and Kentucky in the weeks after quarantine restrictions began. Now, six months later, child protection workers are seeing more severe physical abuse, especially of very young children, than they did in 2019. 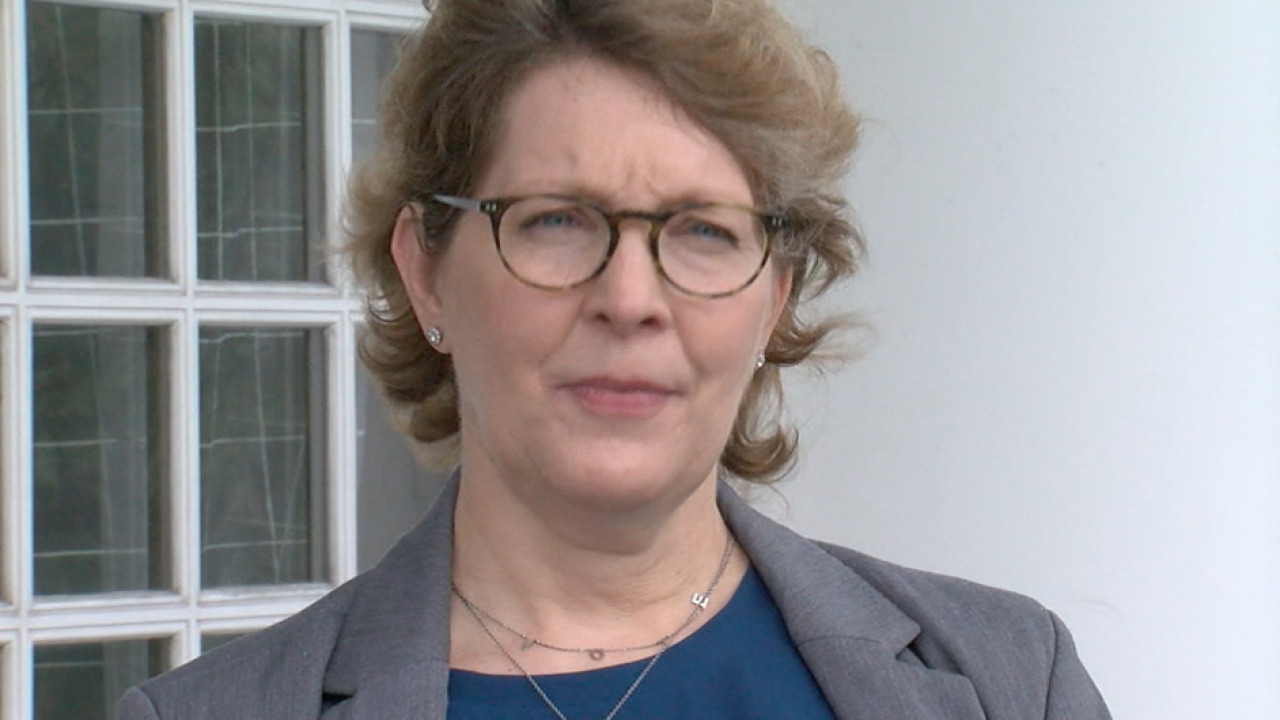 CINCINNATI -- Reports of child abuse and neglect dropped by nearly 50% in Ohio, Indiana and Kentucky in the weeks after quarantine restrictions began in March.

Now, six months later, as reports of abuse and neglect rebound, child protection workers said they are seeing more severe physical abuse, especially of very young children, than they did in 2019.

Child abuse and neglect reports in Hamilton County are still down 10% from normal levels, after rebounding from a 40% plunge this spring after Ohio officials issued stay-at-home orders. But experts say a greater percentage of abuse hotline calls now are leading to the discovery of severe physical abuse.

Child advocates warned that the sudden drop in abuse reports this spring was not tied to evidence that fewer children were being harmed. Instead, it likely meant the abuse wasn’t being seen.

“It’s going on longer undetected,” said Tracy Cook, executive director of ProKids in Hamilton County. “It’s an extraordinarily concerning time because … when somebody finally sees something … it tends to be much more severe right now.”

Cook said she is seeking more community volunteers to serve as Court Appointed Special Advocates, or CASAs, to help abused children who are placed in the foster care system. She fears a surge in abuse reports is coming once more public schools resume in-person classes and teachers, who are mandated by law to report suspected abuse, can see students for the first time.

“We know a surge is coming,” Cook said. “I predict that the fall and winter are going to be some of the most extraordinarily challenging times that child protection has ever gone through.”

Cook said ProKids case workers already have dramatically higher caseloads now, in part because the pandemic slowed down the progress of some trials at Hamilton County Juvenile Court. Cook expects those caseloads to get even heavier.

“We know that the timing of it likely has to do with kids coming back into contact with folks like teachers, coaches and health care professionals,” Cook said.

Child protection workers are not surprised about the rising physical abuse cases they've seen so far during summer and fall.

“The 2008 and 2009 recession studies show that economic stressors are a big impact on families and can be a driving force in physical abuse cases,” said Kathi Makoroff, medical director of the Mayerson Center for Safe and Healthy Children at Cincinnati Children’s Hospital. “Obviously, with this pandemic, there are lots of stressors; not just economic stressors, but childcare concerns, job concerns, health concerns."

The Mayerson team treats more than 2,000 children from Ohio, Kentucky and Indiana each year and evaluates an average of four to eight suspected abuse cases a day.

During the shelter-in-place orders this spring, the team saw only three or four children a week. That changed over the summer as restrictions loosened and children began returning to school, sporting activities, day care centers and doctors.

Some abuse is directly related to the changes the pandemic has created in daily life. For example, with more children online for longer periods of time due to remote learning, experts are seeing an uptick in youths who are targeted by sexual predators.

“We get a lot of kids that talk about being approached online or meeting people online and talking online,” said Andrea Richey, a Mayerson Center social worker. “Kids are online far more often — they have to be for school. And then that can lead to easily getting into other situations and getting on other websites.”

The online sexual contact may not lead to a face-to-face encounter, but it is still harmful to children, Richey said.

“I think that kids who are feeling lonely, feeling isolated, feeling stressed out and depressed, and don’t want to talk to their family about it, are reaching out online,” Richey said. “And getting into inappropriate and dangerous situations.”

Mayerson staff are also seeing an uptick in toddlers who are ingesting dangerous medications at home, likely due to lack of adult supervision.

“There is probably a supervision issue, which again is not surprising,” Makoroff said. “You’re asking families to do … a lot more at home than typical. You have more people home at the same time, you have young children, you may have school-aged children who are doing school at home and need some assistance.”

And there is a rise in children who are witnessing domestic violence in their homes, Richey said.

“We’ve interviewed a few kids whose parents were murdered through domestic violence, and the child was there or woke up to this,” she said.

Child protection workers in Hamilton County are also seeing an increase in sleep injuries to infants who are harmed when sleeping with a parent.

Weaver believes this could be related to more families crowding into living conditions because of pandemic-related job loss or evictions.

“It’s a very stressful time for families,” Weaver said. “You’re seeing increased substance use in families, increased domestic violence, increased concerns of mental health. We know that those conditions are high-risk factors to children and in particular young and vulnerable children.”

Weaver urges the public to reach out to support families who may be stressed — and if they suspect abuse, to report it to authorities.

If you would like to volunteer to help advocate for abused and neglected children, learn more about ProKids at prokids.org.

If you are concerned about possible abuse call: