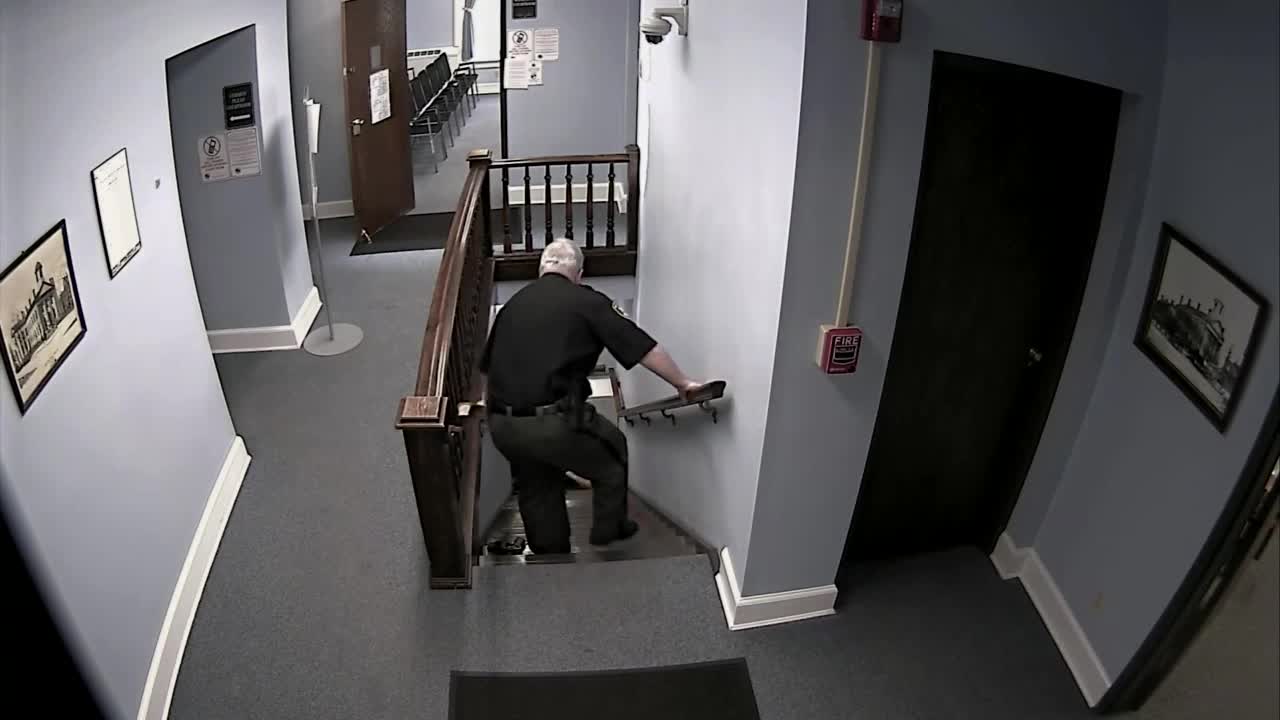 A dramatic security recording from inside the HIghland County Common Pleas Court shows an inmate fleeing his own sentencing hearing on foot, evading deputies in the process, on Sept. 22, 2020. 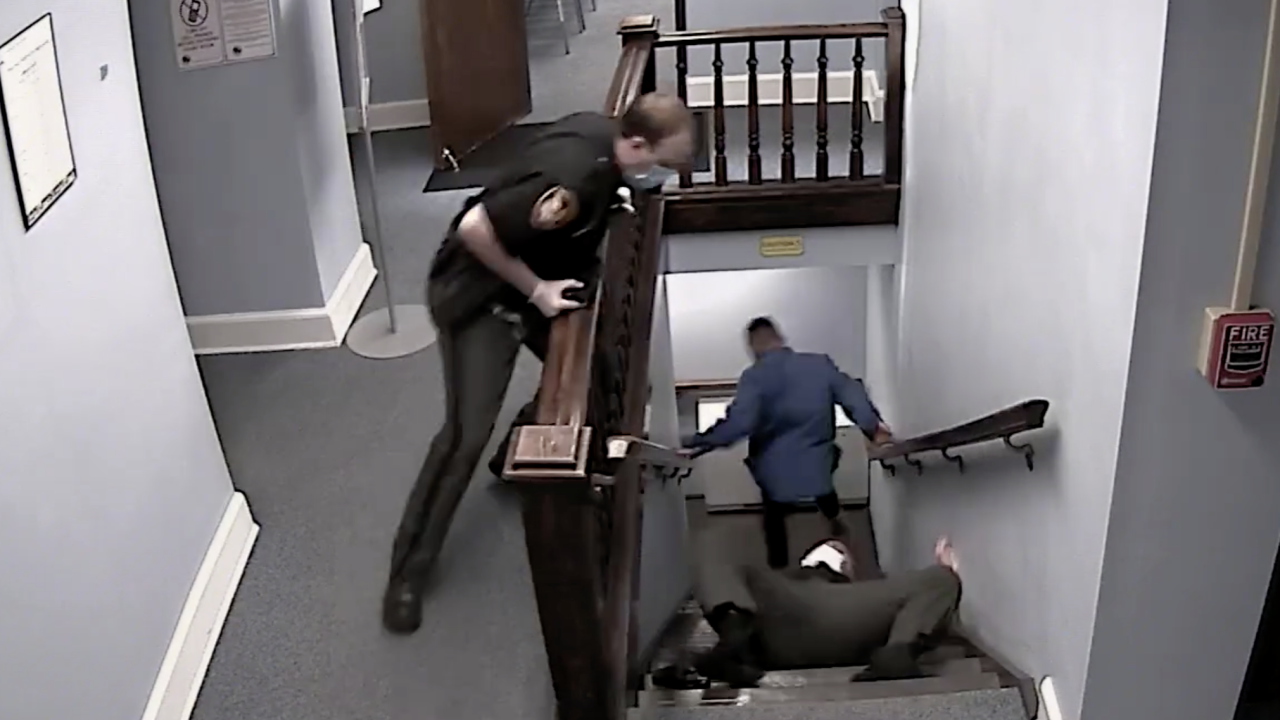 HILLSBORO, Ohio — An inmate caught on camera running out of the Highland County Common Pleas Court on Tuesday has been recaptured, according to the sheriff's office.

Nickolaus Garrison, 34, was captured at a motel in Clinton County around 4:30 a.m. Friday by officers and deputies from multiple law enforcement agencies.

Garrison has been on the run since he ran from the courthouse on Tuesday after he was sentenced to six months in jail on a charge of aggravated possession of methamphetamine.