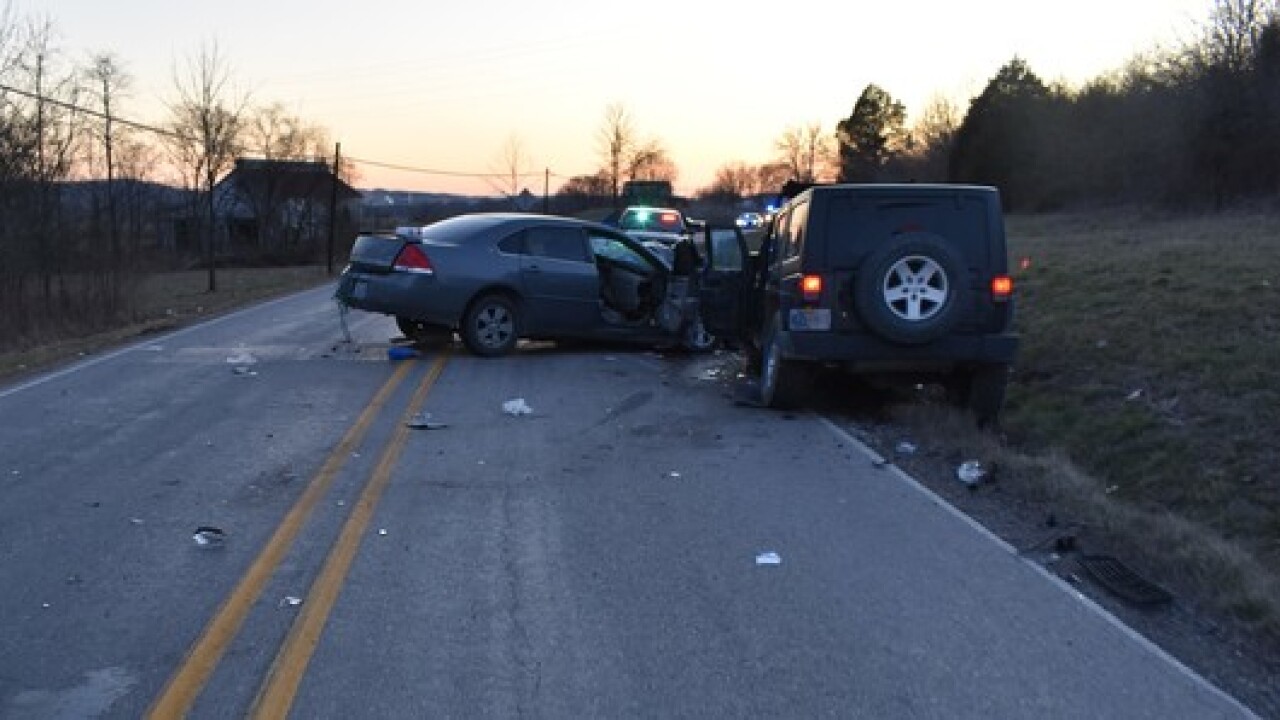 VEVAY, Indiana — According to Indiana State Police, a LaGrange man was killed in a head-on crash on SR-156 in Swizerland County near Vevay, Indiana on Friday night.

Police said Jeffrey Osborne, 29, of LaGrange was driving a 2006 Chevy Impala east on SR-156 when he veered off the road. He then swerved back onto the road, and into the westbound lane of traffic, striking a Jeep Wrangler head-on, according to police.

The driver of the Jeep Wrangler suffered non-life-threatening injuries and was treated at King's Daughters' Hospital in Madison, Indiana before being released. Osborne was pronounced dead at the scene of the crash.

SR-156 was closed for around three hours Friday night for a crash investigation and cleanup.

Police said toxicology results for both drivers are pending, but alcohol and drugs are not suspected to be factors in the crash.