Yes, there are probably coyotes in your area 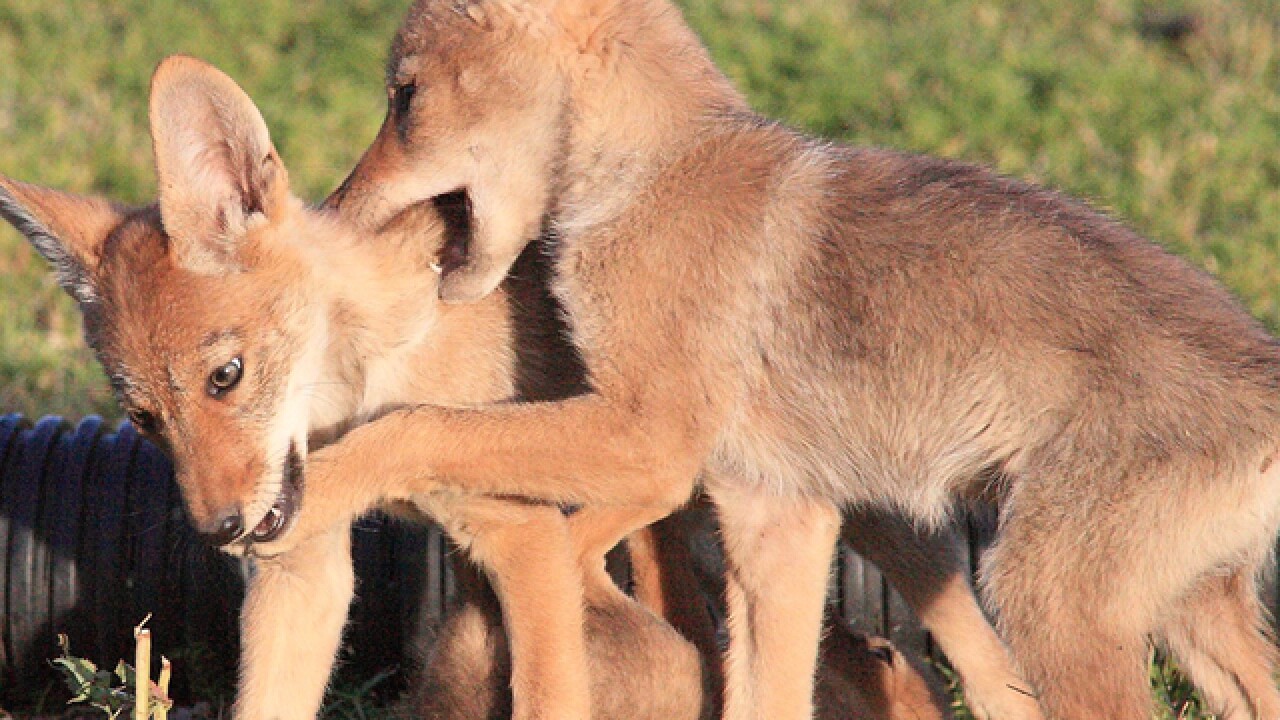 WOODLAWN, Ohio -- If you hadn't noticed, there are coyotes pretty much everywhere in the Tri-State.

Still, the novelty hasn't worn off, so Woodlawn Police are reminding people in their village (which has some dense woodland areas) about what they can do to keep the critters away.

For starters, there's this: You probably have coyotes somewhere around your neighborhood. Maybe you've seen them, maybe you haven't, but they're common to this region -- in the country, in the suburbs, and yes, in the city, too.

They've been spotted in Hebron, Park Hills, Fort Thomas, Indian Hill, Loveland and Madeira, along with the Cincinnati neighborhoods of Clifton and Pleasant Ridge.

That said, coyotes tend to be scared of people and typically aren't aggressive toward humans. You can probably clap your hands and shout to scare them off.

Researchers at the Ohio State University found coyotes are able to thrive in urban environments, where they're more active at night than their rural counterparts (and tend to live longer, too).

They also do some good, OSU researchers said: Coyotes help control exploding populations of Canada geese by eating their eggs. (Officials in Blue Ash even turned to fake coyotes to scare geese away from Summit Park.)

If a coyote near your home doesn't seem to be afraid of humans, though, you can find a trapper to remove them. (Hunting them on private property isn't legal in every place in the Tri-State, so check with your local police department first.)

And, in case you missed it the first time, here's a video of some adorable coyote pups in a Northern Kentucky yard:

Here are some coyote pups playing in our backyard in Hebron, KY.