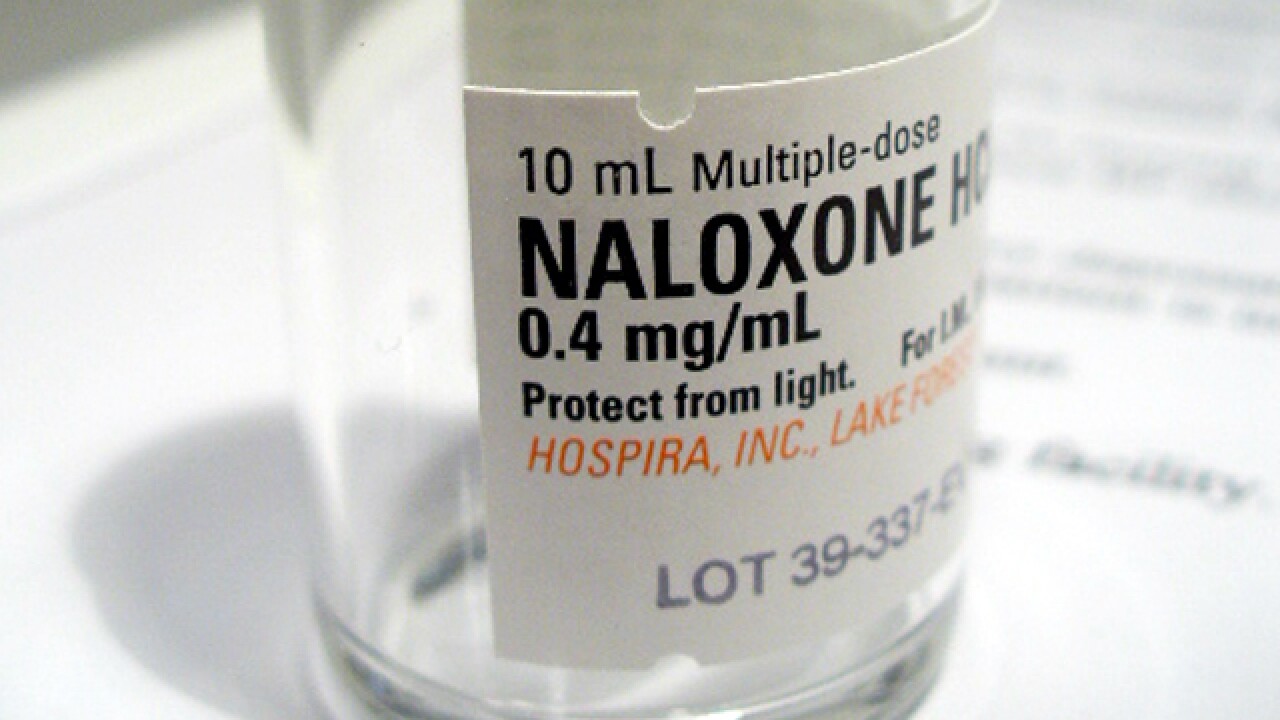 CINCINNATI -- The Hamilton County Heroin Coalition wants to make Narcan more available to the general public as part of its Strategic Action Plan to combat the region's heroin and opiate epidemic.

Greg Hartmann, coalition chairman, thanked Walgreens on Monday for making the life-saving drug available over the counter five months ago and called on Kroger and CVS to do the same. Rescuers and large police agencies have started carrying Narcan to revive users from overdoses.

Hartmann, county commission president, pledged $150,000 to make sure all law enforcement agencies in the county have Narcan next year.  The sheriff's office received $20,000 this year and 25% of deputies currently are trained and carry the drug, according to the coalition. As a result, deputies have saved seven people from overdoses.

READ the Strategic Action Plan here or below.

The coalition presented its plan at Monday's commissioners meeting.

"The keyword is action," Hartmann said. "This problem is ravaging our community. We have to act now."

The plan reflects a coordinated effort to reduce overdose deaths and drug-related crimes by focusing on stopping the flow of heroin into the county, tracking heroin dealers, reducing heroin and opiate use, and expanding treatment, education and public awareness.

The coalition wants to expand treatment to 700 more people at an extra cost of $5.62 million over the next two years, according to the report. A tax levy is under consideration to pay for it. The coalition has pledged $2.2 million in each year and the UC Medical Center has pledged $300,000 next year.

Treatment is the most important impact area for addressing the problem, according to the report. Users seeking treatment live in every city, township and village in the county, and the cost of treatment is more than double that for alcohol and marijuana.

Last month, the Center for Chemical Addictions and Treatment announced a plan to serve an additional
1,000 at the only residential treatment facility in the county.

In addition, Sheriff Jim Neil has proposed a detox unit at the Justice Center for inmates suffering from withdrawal. Some 10,000 heroin addicts came through the Justice Center in 2014, according to the sheriff's office. Neil offered to pay the $500,000 cost with funds from drug seizures.

Other elements of the plan are already in place to some degree. The coalition has a one-stop website - injecthope.com - offering help to addicts and their families and ways for the public to get involved.

Stopping the heroin flow - and the related crime - is a "daunting" task, according to Newtown Chief Tom Synan, president of the Hamilton County Association of Chiefs of Police.

"To give you an example, there were eight overdose deaths in the county in just the month of July. There were 68 arrests in just one week in August," Synan said.

A task force of 10 investigators tracks overdose deaths and arrests in an effort to find the suppliers. The county has provided staff and a tech upgrade so the Greater Cincinnati Fusion Center can track hot spots for heroin and opiate crime.

PreventionFIRST! is focusing on educating "the high-risk population" - children and pregnant women - and addressing the Hepatitis C and HIV problem that comes with heroin needles by providing lockboxes, according to Mary Haag, President & CEO.

The coalition wants to copy some successful efforts in Colerain Township in the rest of the county. In July, Colerain started a Quick Response Team that follows up with overdose victims to encourage them to pursue treatment and addiction services. Since then, all overdose victims have gone into treatment, according to the report. Colerain also provides family counseling, and first responders distribute heroin information pamphlets on on any contact with the public, according to Dan Meloy, township public safety director. Since May, Colerain has reduced overdoses by one-third.

Speakers acknowledged that Hamilton County has been late to come up with a united effort to combat the problem, thanking Northern Kentucky and Butler County for providing help from their experience.

There were 177 heroin deaths in Hamilton County last year - nearly one every two days - according to the report. Heroin has overtaken auto accidents as the leading cause of accidental deaths in Ohio, Hartmann noted. The Cincinnati Fire Department received 791 overdose emergency calls in 2014, up 25% from 2013.

The coalition, a group of regional first responders and public health organizations, formed earlier this year.

The coalition includes the following partners: