No use crying over it. 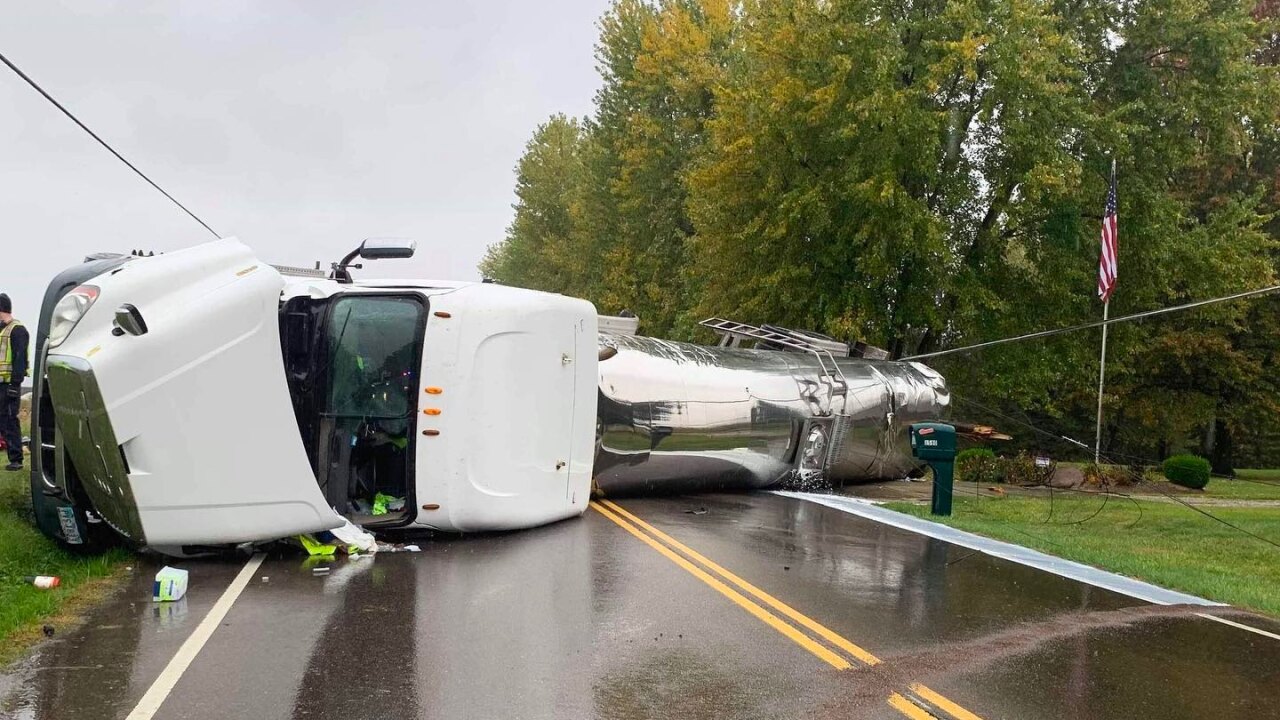 CROSBY TOWNSHIP, Ohio — A tanker truck that overturned in Crosby Township spilled over 5,300 gallons of milk Saturday morning, according to the Hamilton County Sheriff’s Office.

Crews responded to the 8600 block of New Haven Road for a single-vehicle crash. The driver sustained minor injuries, police said.

New Haven Road was shut down for a few hours, according to a sheriff’s spokesman.

Duke responded with fire and police.