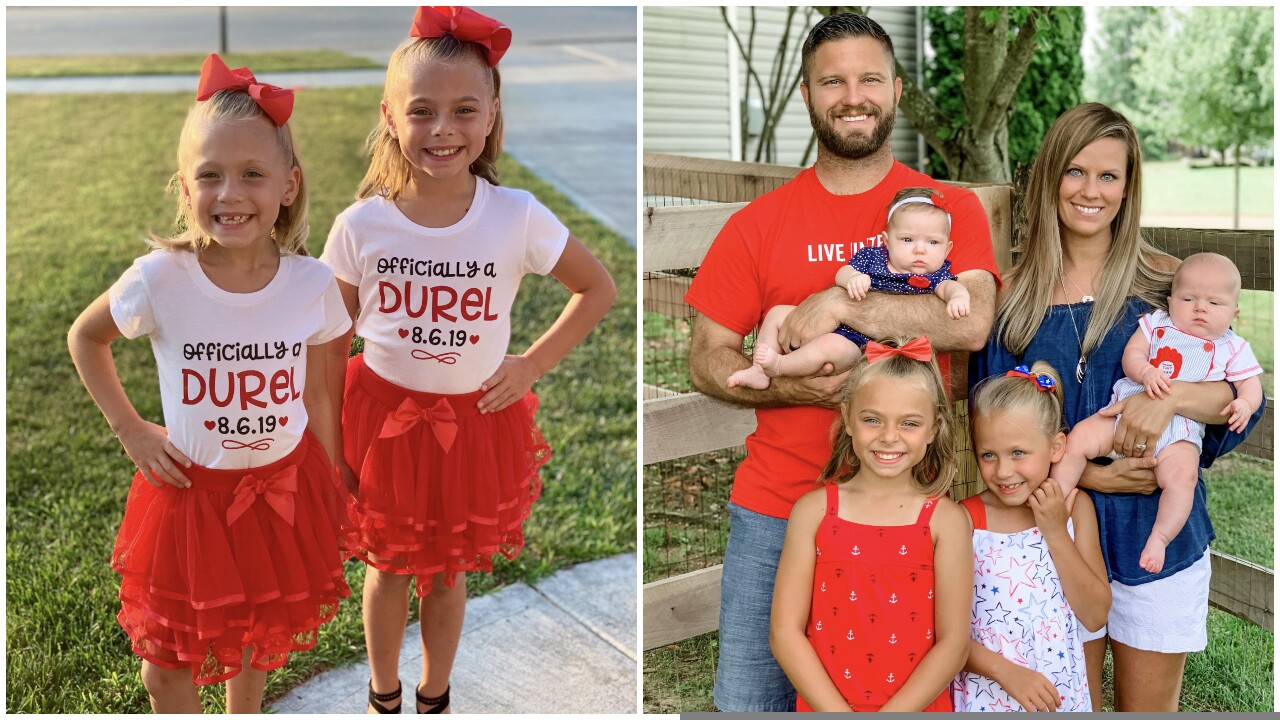 Copyright 2019 Scripps Media, Inc. All rights reserved. This material may not be published, broadcast, rewritten, or redistributed.
Provided by BJ and Calena Durel
Aubree, 7, (left picture, left) and Mariah, 10, will officially be members of the Durel family after their adoption is finalized at 9 a.m. on Tuesday, August 6, 2019. 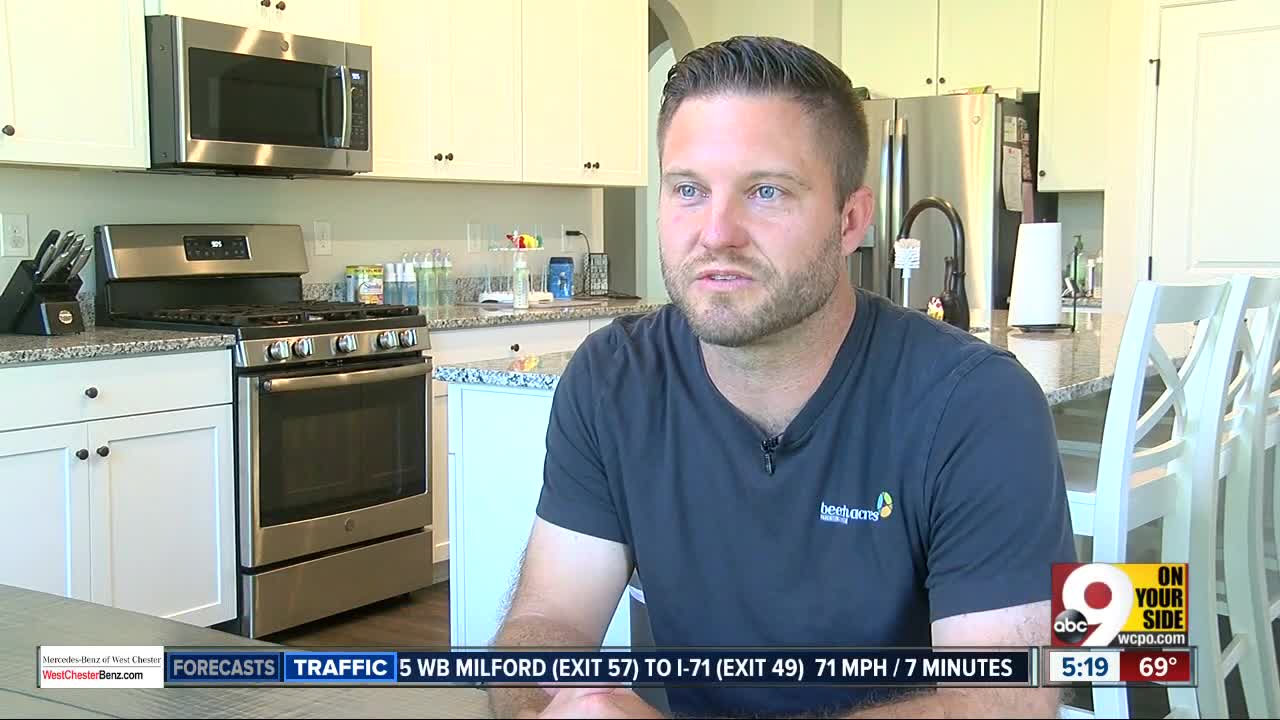 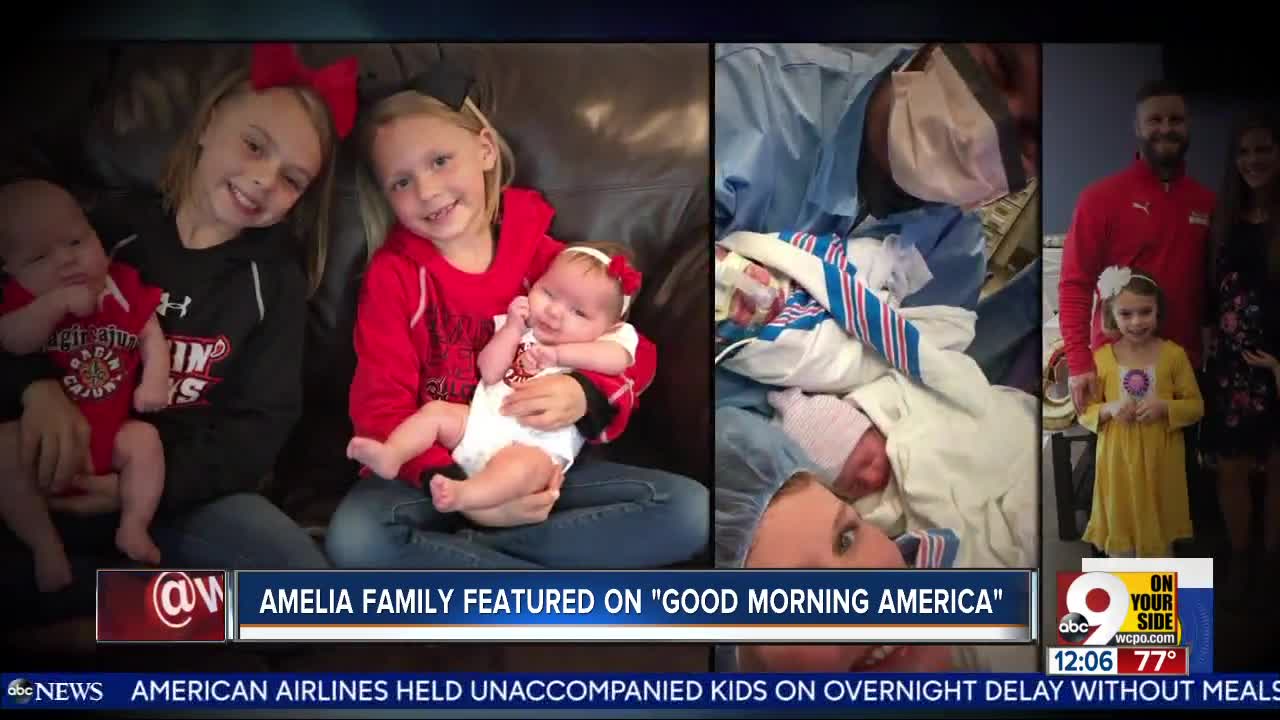 CINCINNATI -- Calena and BJ Durel never thought a day at the park would lead them to adopting two daughters.

The Durels first saw now 10-year-old Mariah and now 7-year-old Aubree with their former foster parents at an Anderson Township park in 2016.

At the time, the couple had just started their journey as foster parents after struggling with infertility for years.

They said they felt an instant connection to the sisters, and BJ said they just knew they’d “be head over heels.”

"I sent my mom a message and said, ‘I can't imagine these girls not being in our home,’” Calena said.

Mariah and Aubree are two of the 12 Hamilton County children who will have permanent homes after their adoptions are finalized at 9 a.m. Tuesday.

Aubree said she “got surprised and excited at the same time” when she learned the Durels were adopting her and her sister.

The Durels have been foster parents for about three years and have welcomed a rotation of children into their home.

The couple has fostered eight children over the years, all while keeping in touch with Aubree and Mariah, until a judge decided the girls needed a forever home.

“We got the word, ‘Would you guys like to be considered?’ We said, ‘Absolutely,’” BJ said.

The Durels thought they were upgrading to a family of four. Wrong.

Two weeks after deciding to adopt the girls, Calena and BJ found out they were pregnant with twins.

Now, the couple say Mariah and Aubree are fantastic big sisters to their twin siblings, Gavin and Grace.

Despite having a full house, the Durels aren’t finished fostering children and advocating for adoption, especially for older children.