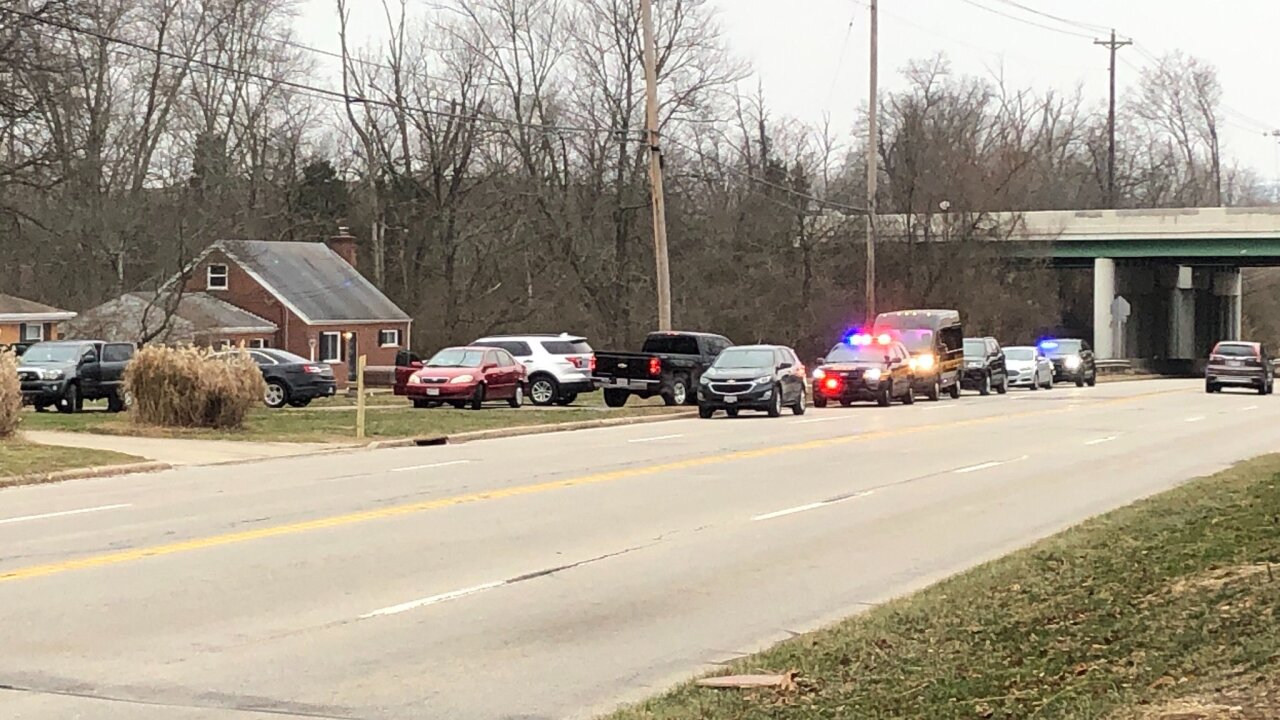 SYCAMORE TWP., Ohio — Police are investigating an apparent murder-suicide after two people were found dead inside a home in Sycamore Township following an hours-long SWAT standoff.

Hamilton County Sheriff Jim Neil said deputies were dispatched to the home on East Kemper Road around 11 a.m. Sunday morning for a well-being check. Authorities arrived at the home to check on the resident, Matt Grelle, 38, at the request of a relative who'd called 911.

According to a press release from Neil, deputies arrived at 11:05 a.m. and, as they approached the home, heard a single gunshot from the garage.

The press release states that at 11:22 a.m., family members called back to 911 and told officials that Grelle said he'd killed his girlfriend and would kill police if they came to the home. From there, the Hamilton County Police Association SWAT team was called in to help.

After attempts to speak with Grelle went unanswered, officials said police entered the home at 3 p.m., and found Grelle and his girlfriend, identified as 27-year-old Lauren Fitzgerald, dead inside.

Police said they believe Grelle shot and killed Fitzgerald before turning the gun on himself.