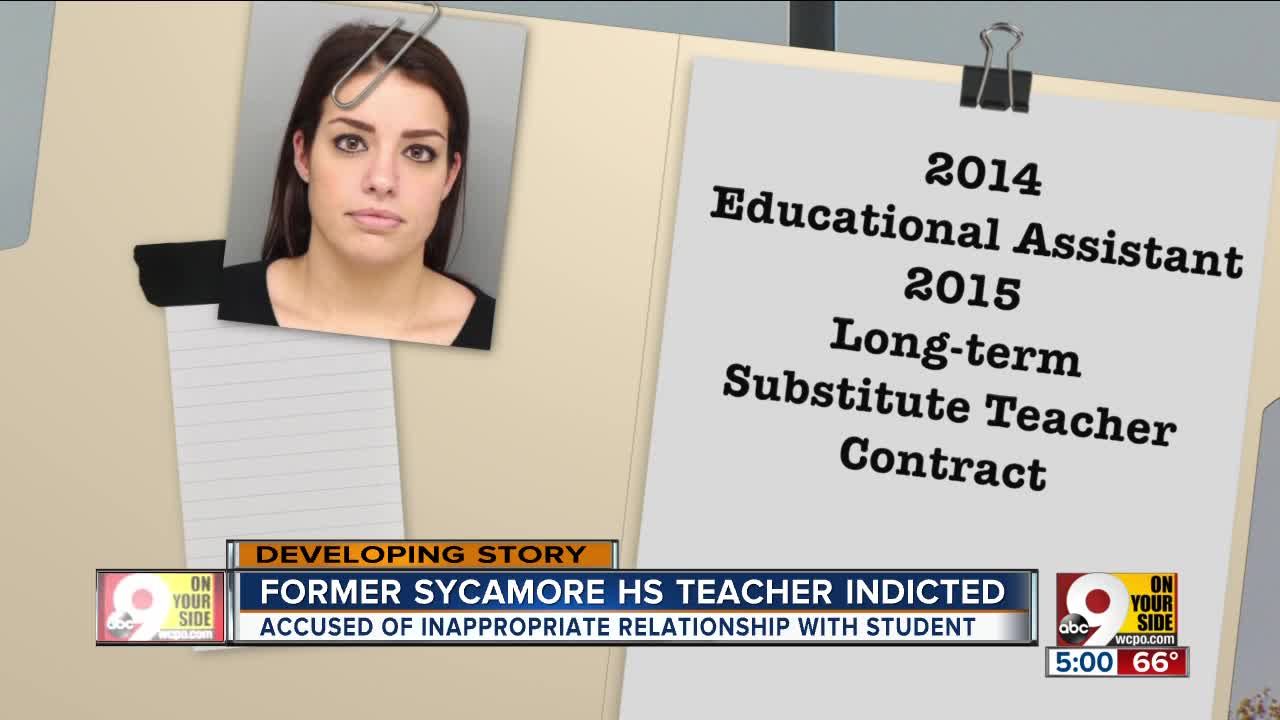 A former high school teacher has been indicted on charges of engaging in sexual conduct with a student, according to court records.  Jennifer Walsh, a former special education teacher at Sycamore High School, was indicted Monday, according to documents from Hamilton County Prosecutor Joe Deters. 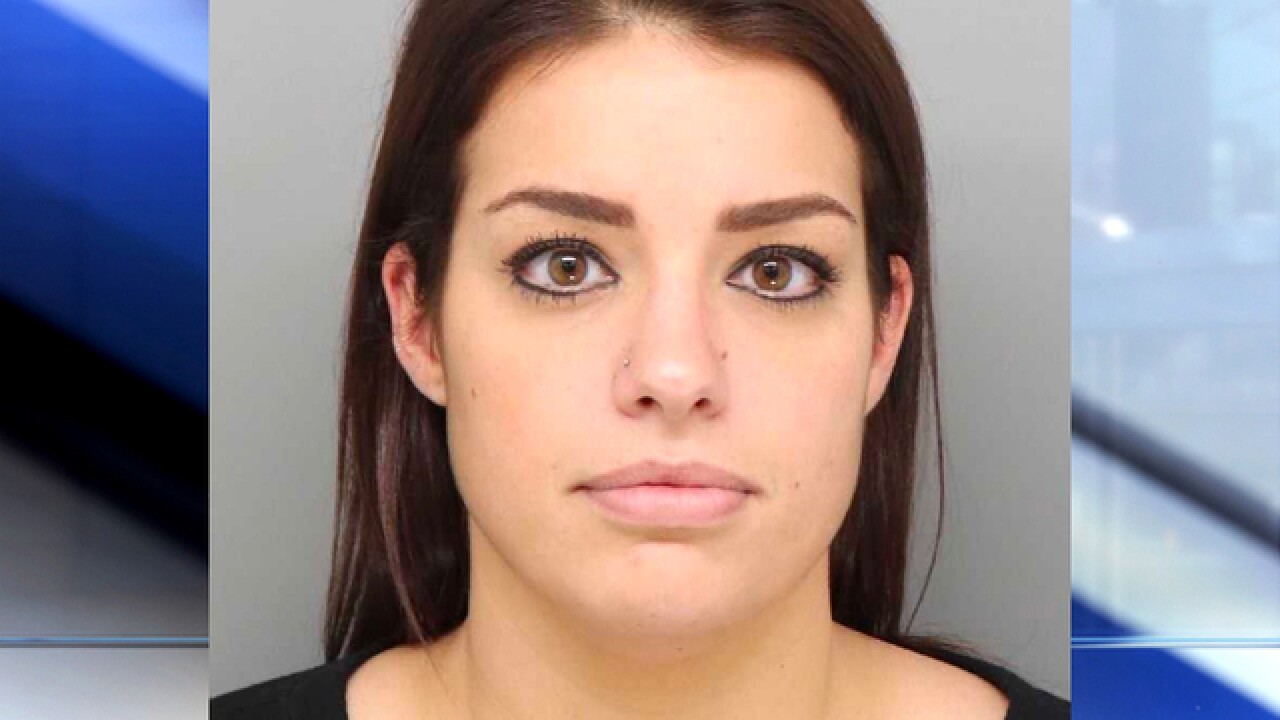 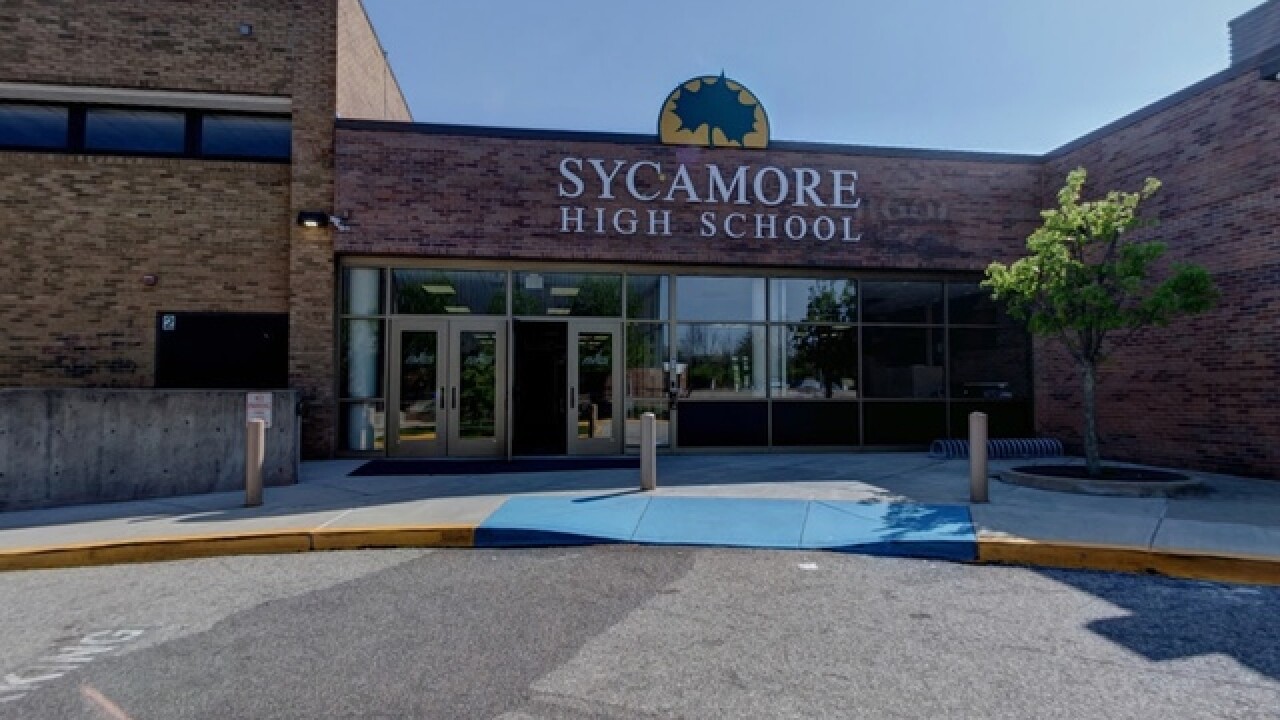 SYCAMORE TOWNSHIP, Ohio -- A former high school teacher has been indicted on charges of engaging in sexual conduct with a student, according to court records.

School officials said in a statement that the 26-year-old "engaged in an inappropriate relationship with a student."

The victim involved was a 17-year-old girl, according to police reports. Police said they don't believe the incident occurred at the school. Walsh went on personal leave in mid-September and resigned on Oct. 19.

A school district spokeswoman told the 9 On Your Side I-Team that Walsh had been on personal, paid leave since mid-September, prior to her resignation.

Walsh's employee evaluations give her high marks, saying that she has "made a positive impact and clear effort to build relationships with all students in the class and service their academic needs as they arise."

The victim involved is not a student with disabilities, according to a school spokeswoman.

District spokeswoman Mallory Bonbright said school officials know there would be concerns about why they didn't inform parents sooner, but that they had been asked to not release Walsh's name while the investigation was ongoing.

"We are not permitted to accuse Ms. Walsh of a crime and release her name only after criminal charges were formally filed," Bonbright said. "Without the ability to release a name, any information released would have caused unneeded anxiety among our families."

Walsh turned herself in to deputies at the Hamilton County Sheriff's Office Downtown. Authorities said she posted bond but has not yet been released.