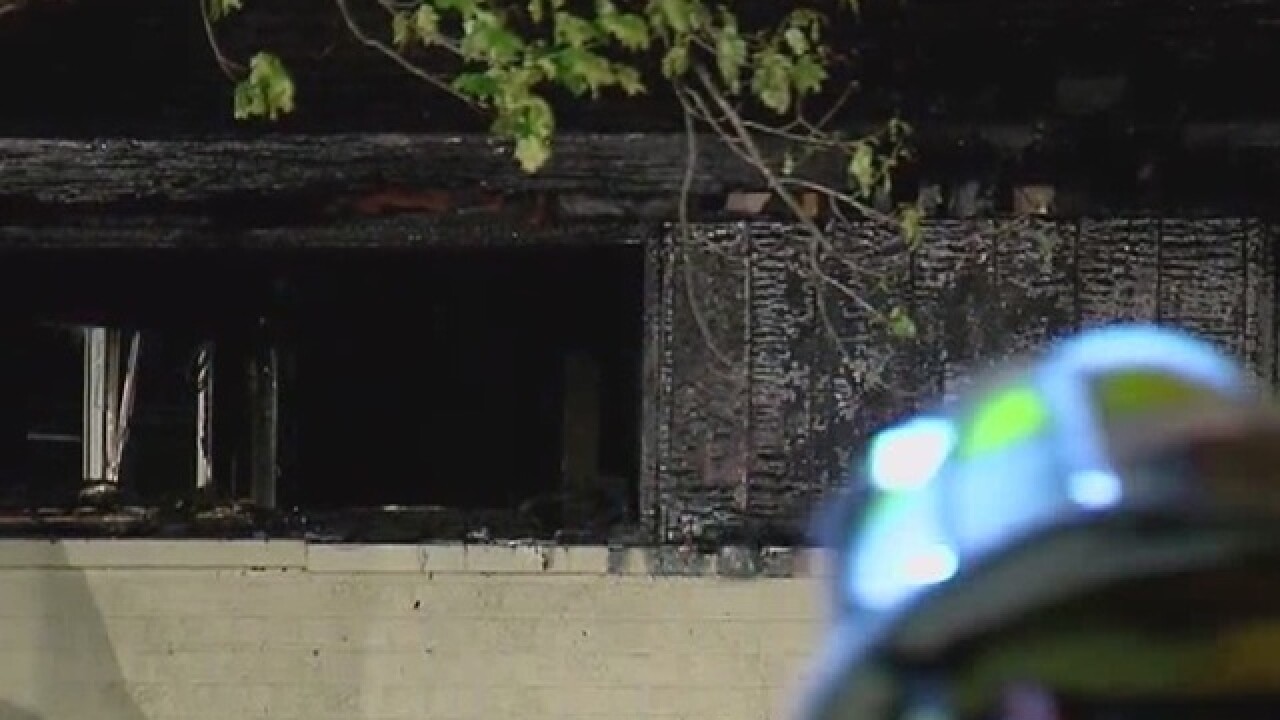 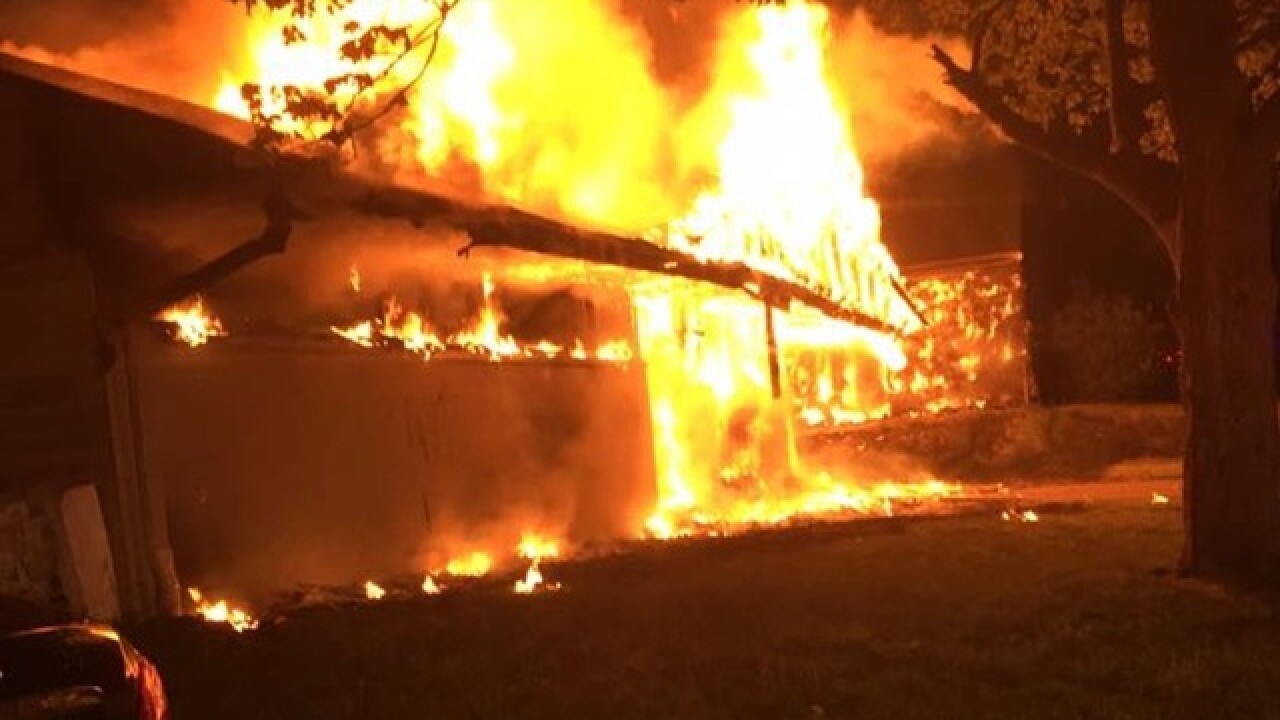 The first call reported a shed fire, according to Springfield Township Fire Chief Robert Leininger. When the crew arrived at the scene, the fire had grown much larger.

A carport ignited and set fire to one home; the fire then spread to a home next door, Leininger said.

The two displaced families are receiving help from the Red Cross. One family, a single mom and her three teenage children, said they "lost everything" in the fire.

"It's an unfortunate issue with it being Mother's Day today," said Cpt. James Murphy from the Springfield Twp. Fire Department. "But everybody's safe. You can always replace the homes."

Investigators from Colerain Twp., Springfield Twp., Forest Park and Green Hills fire departments are working together to find the cause of the fire, which is still unknown. One working theory is a possible lightning strike, Leininger said.