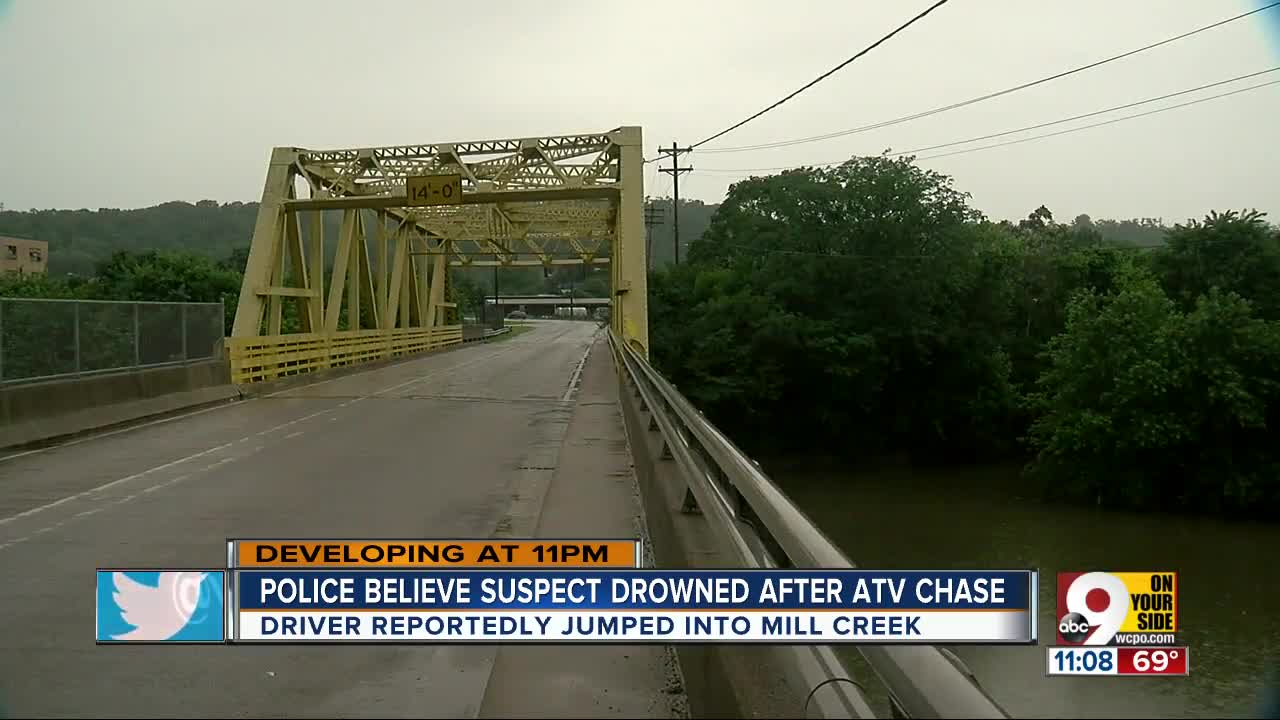 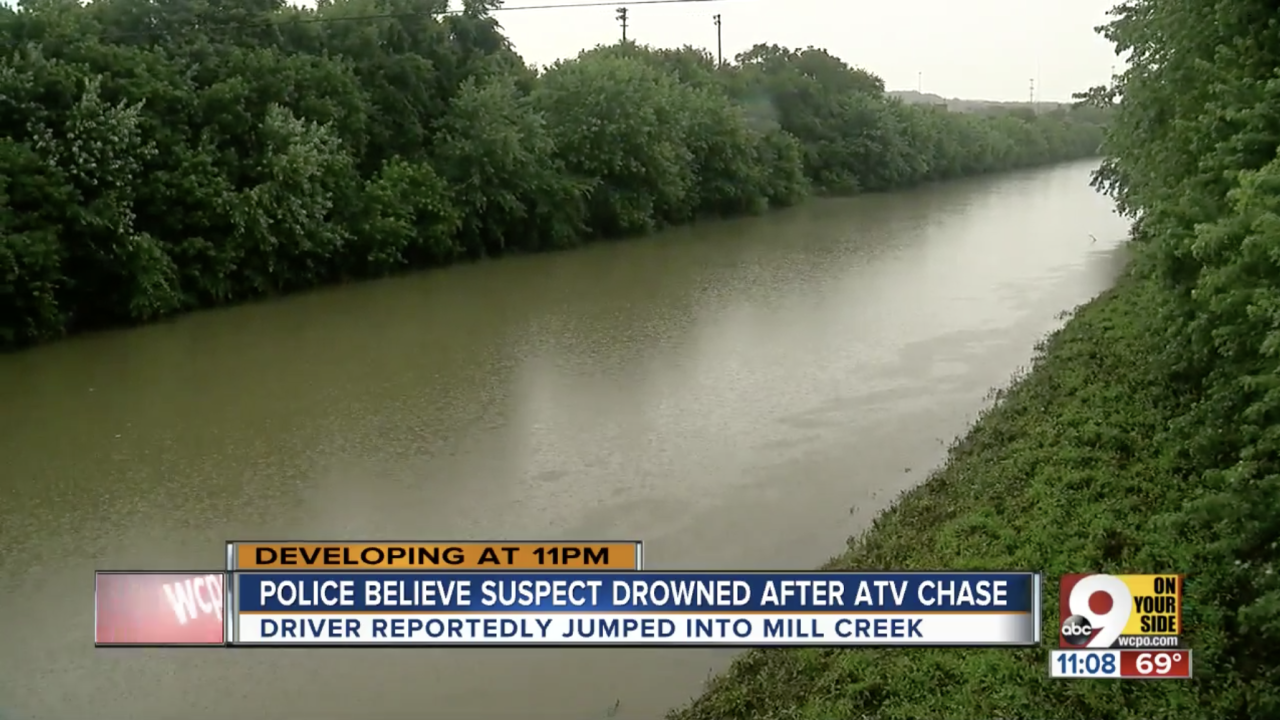 SPRINGFIELD TWP. — A suspect jumped into Mill Creek to avoid police after a pursuit in Springfield Twp, according to Cincinnati police.

Springfield Twp officers pursued a group riding ATVs until Millcreek Road, when one suspect attempted to escape by jumping into the river. Police have referred to the incident as a "possible drowning."

Cincinnati Firefighters are responding and on the scene in Cummisville for a report of a drowning, 3300 Millcreek Rd, near Cincinnati Fire Training Center.

This is a developing story, WCPO will update as more information becomes available.