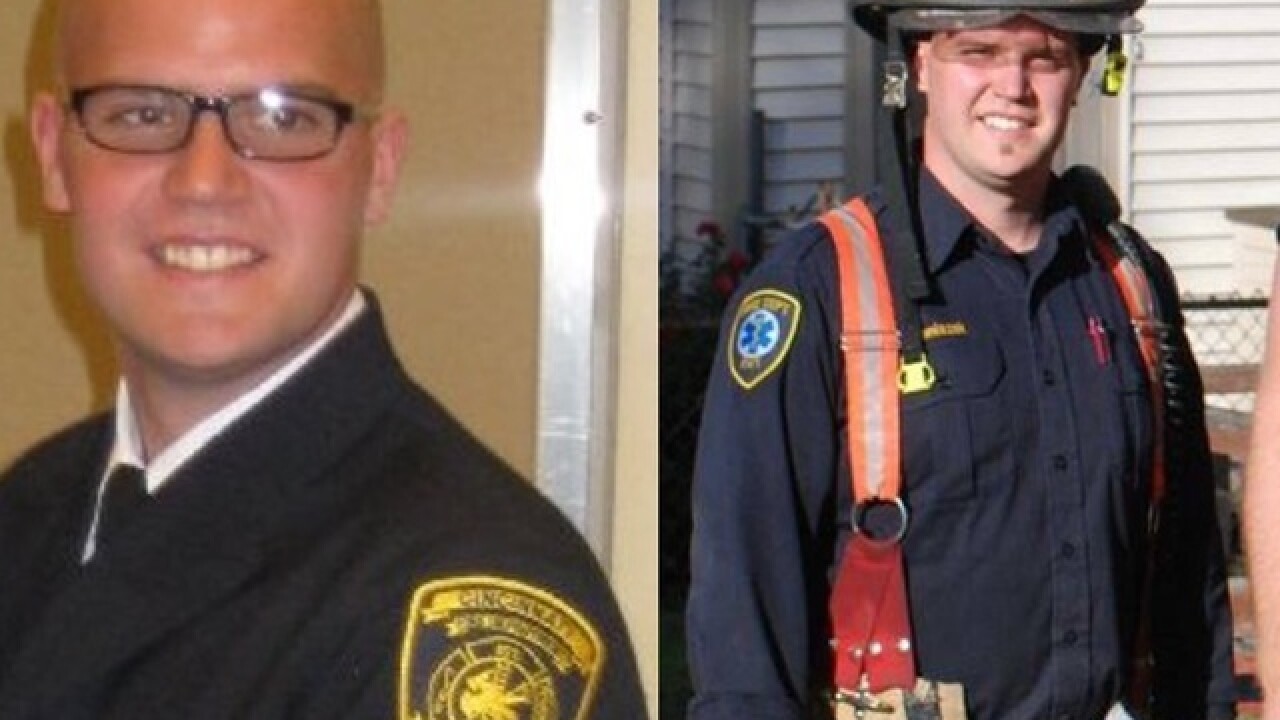 Pieniazek was killed in a crash on Winton Road Sunday while riding his motorcycle to work.

Those who knew Pieniazek said faith, family and firefighting were the priorities in his life. Chief Richard Braun called Pieniazek “the anchor” of his fire station.

“He loved helping people, and he basically lived for that,’ Braun said. “He loved doing that. He would go on mission trips. When he was out on his medic runs, he just took care of the total person. You weren’t just someone who was hurt. He would talk to them and comfort them; just a super individual.”

Pieniazek left behind a widow and three children, including a son who just turned 1 last Saturday.

During the celebration of Pieniazek’s life, his wife, Elizabeth, took the stage sitting at a kitchen table with an empty chair and read a love letter from him.

Another moving moment came when Braun presented her with Pieniazek’s fire helmet.

Cincinnati’s Engine 12 was the only fire truck parked outside the church. Pieniazek’s fellow firefighters have named it in his honor.

“He was the sounding block. He was the calm,” IAFF Local 48 President Matt Alter said. “He was the one that brought that sense when you make some of these difficult runs that sometimes see some of the difficult things that Cincinnati firefighters experience.”