On a snowy morning, GE and PWC helped veterans with yard work 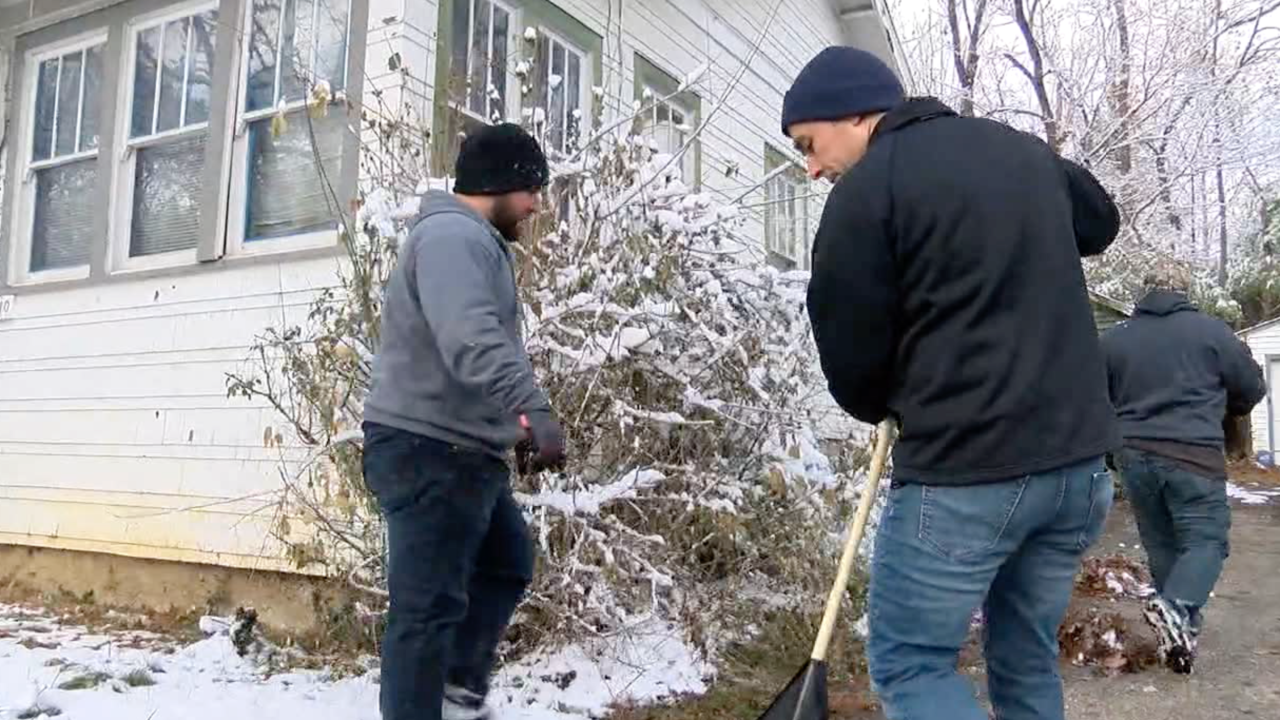 Copyright 2019 Scripps Media, Inc. All rights reserved. This material may not be published, broadcast, rewritten, or redistributed.
WCPO
Volunteers from GE Aviation do yard work for Army veteran Henry LaMar Robinson and his wife Carmelita who live in Silverton. 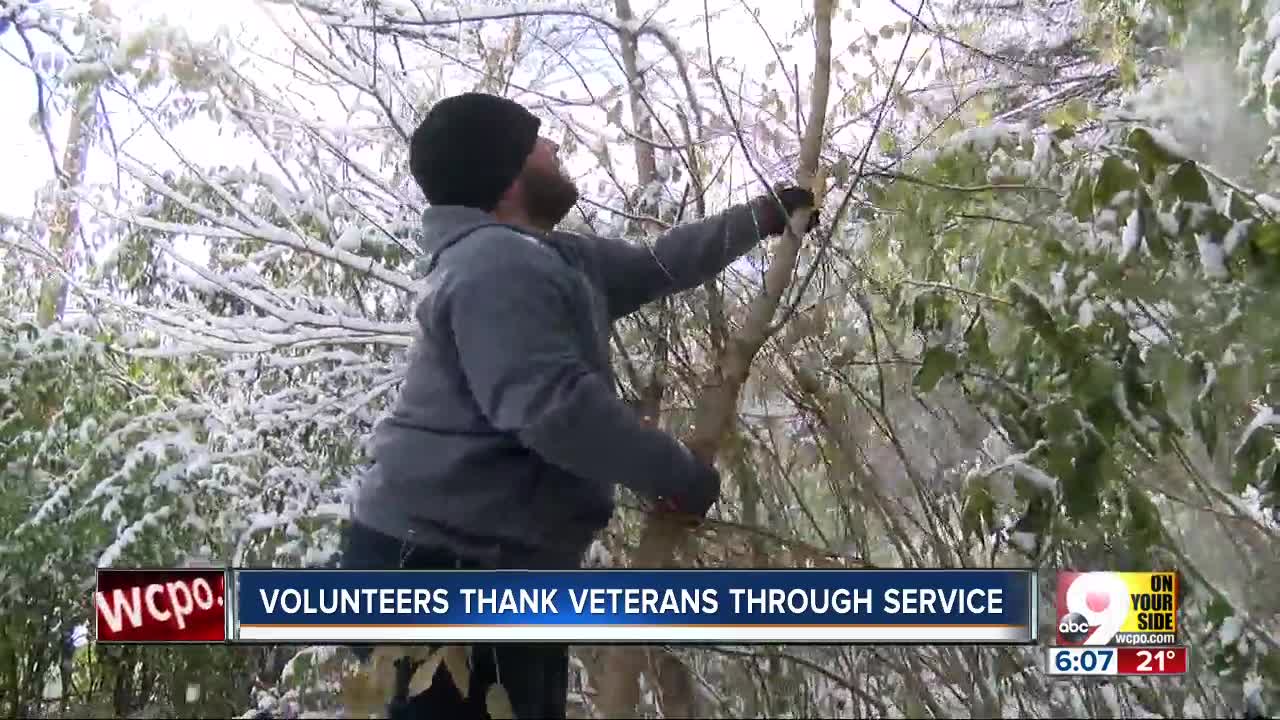 CINCINNATI — Waking up Tuesday after snow blanketed the Tri-State, the first thing Army veteran Henry LaMar Robinson thought to do was to get outside, shovel his steps and take in the trash cans.

He didn't have to. A group of fellow vets from the around the country stepped up to do it for him.

People Working Cooperatively and GE Aviation partnered to bring in 130 veterans, who are also GE employees, to the Cincinnati area to do yard work for fellow service members.

At Robinson’s house they raked leaves, laid down mulch and cut back some overgrown bushes.

“It’s a blessing. I don’t know what we would do without them, to tell you the truth,” Robinson said. “I can’t do the outside work I used to do because I had a stroke. It affected my right leg so I can’t maneuver around like I used to.”

Robinson served in the Army in 1952. He and his wife Carmelita are on a fixed income, so hiring someone to do the yard work isn’t always in the budget.

Working in Robinson’s yard, volunteer Navy veteran Justin Aydelotte said he knows how much this kind of work means to his fellow vet.

“I hope he knows there are people who recognize what he has done,” he said. “People who take pride in the community and appreciate what he’s done as well.”

As someone who spent nine years in the Navy himself, Aydelotte knows how hard it can be to reach out when you’re in need.

“We’re people who are taught to not ask for help or ask for a lot,” he said. “It’s good to be able to give back in that respect.”