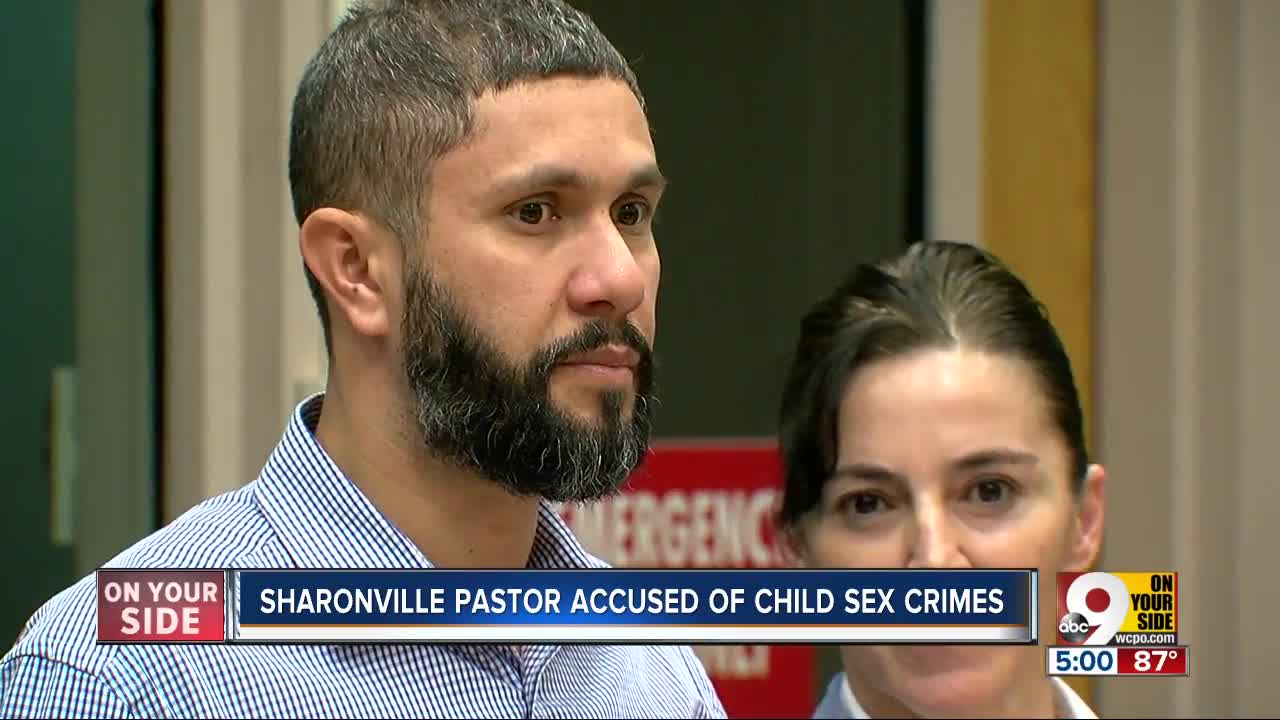 A pastor, who is considered “a prophet of God as the pastor of his church,” is accused of forcing a juvenile to perform oral sex on him as he used “bible scripture and prayers to cleanse her,” according to an affidavit.

SHARONVILLE, Ohio -- A local pastor is facing sex charges involving an underage girl, and police say there may be other victims.

Cesar A. Guerrero, pastor at Misión Cristiana El Calvario in Sharonville, told a 17-year-old member of the church that she needed to be cleansed from being molested as a child, according to an affidavit.

Guerrero is accused of having the girl perform oral sex on him while he read Bible scripture and prayers.

The affidavit said the incident happened inside Guerrero’s church office last week, and that Guerrero confessed to interviewers.

In court Thursday, the judge interrupted the prosecutor several times to stop him from describing the reported sexual acts.

Sharonville police said three more women aged 17 to 21 reported similar incidents to officers, but police had only enough information to create charges for the juvenile victim.

Guerrero, charged with sexual battery, is being held on $300,000 bond.

WCPO has reached out to Misión Cristiana El Calvario for comment.