No charges associated with the daycare 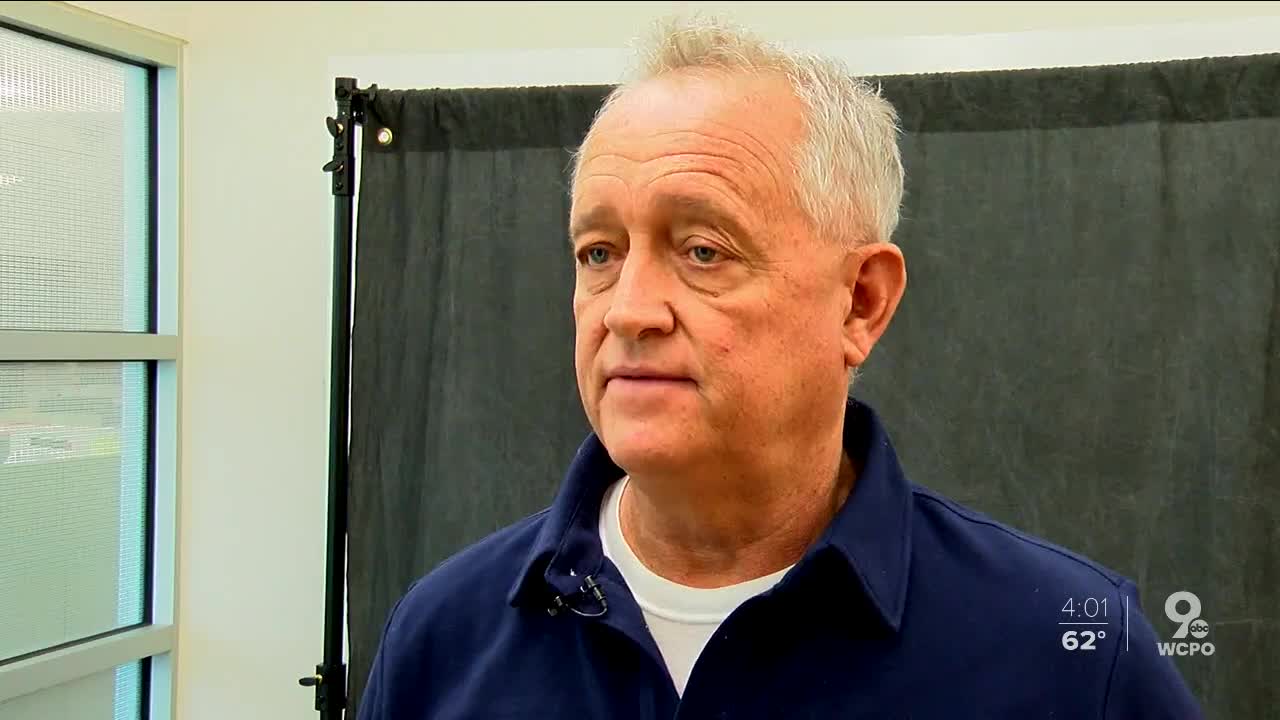 Lamont Baldwin's wife runs a child day care in their home while he stands charged of sexually abusing underage students at Princeton Middle School, WCPO reported Friday. Baldwin's attorney, Clyde Bennett, told WCPO the day care continues to operate because Baldwin moved out of the home once the investigation began. 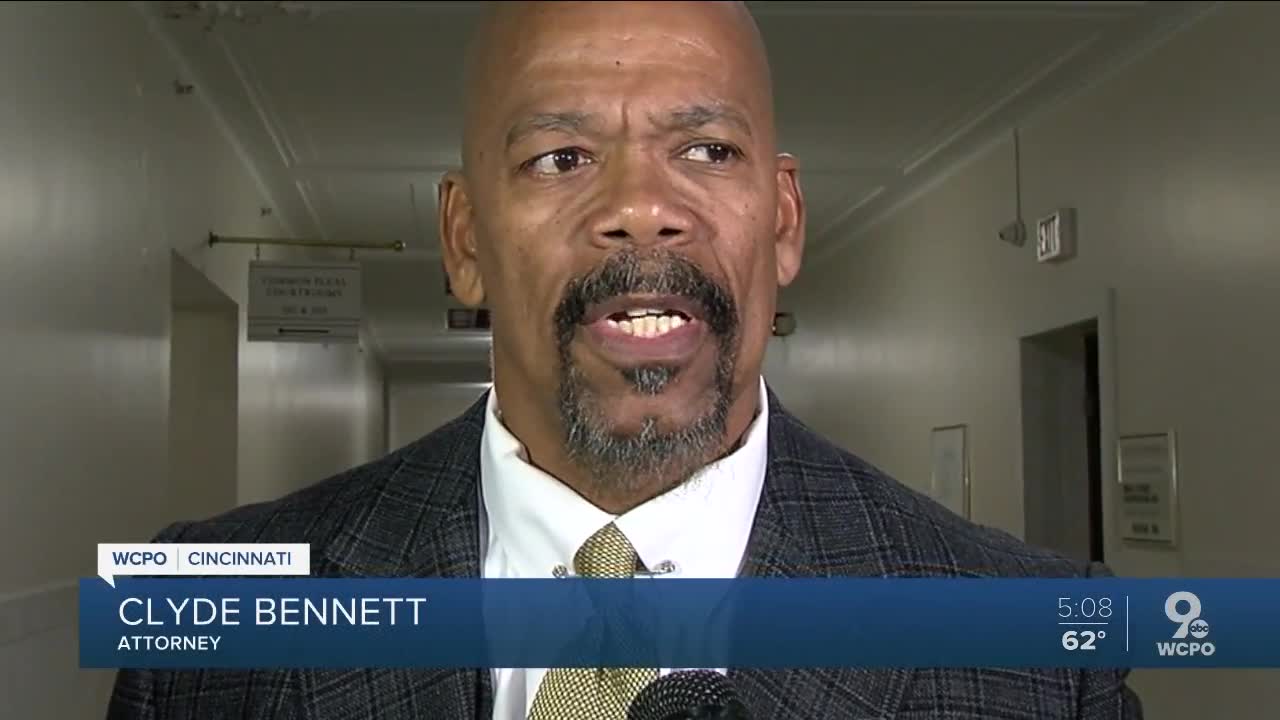 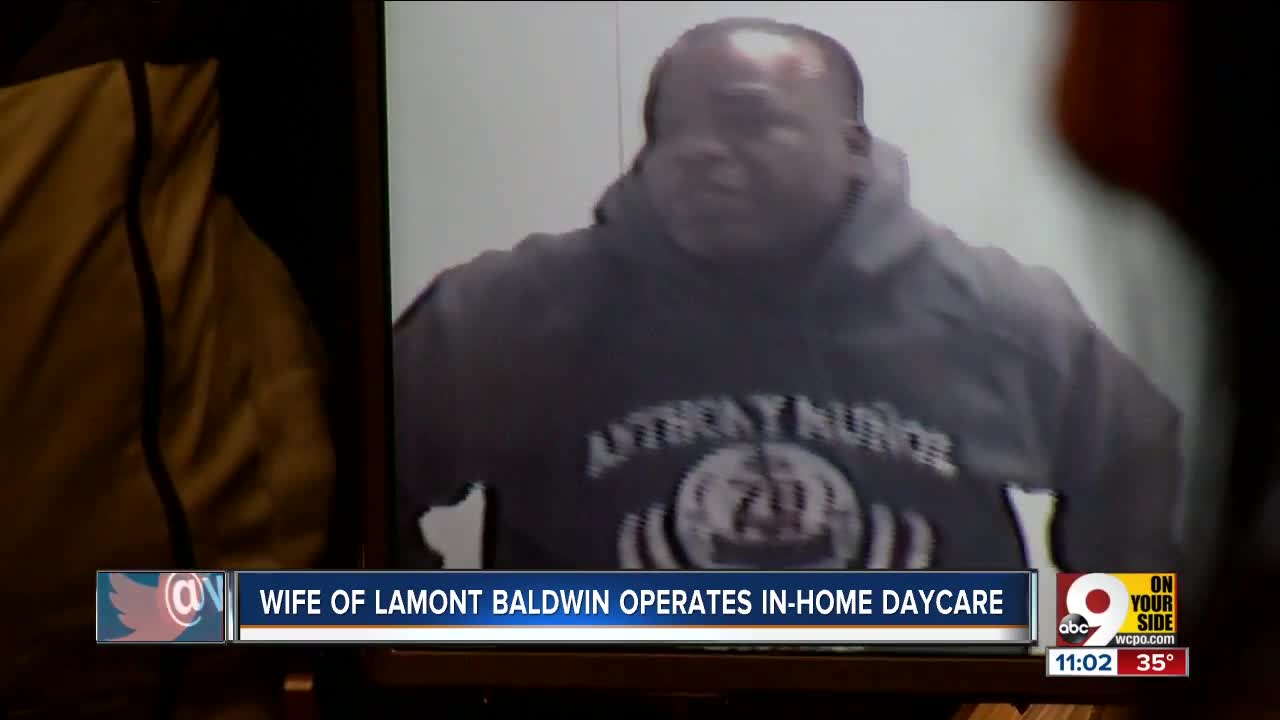 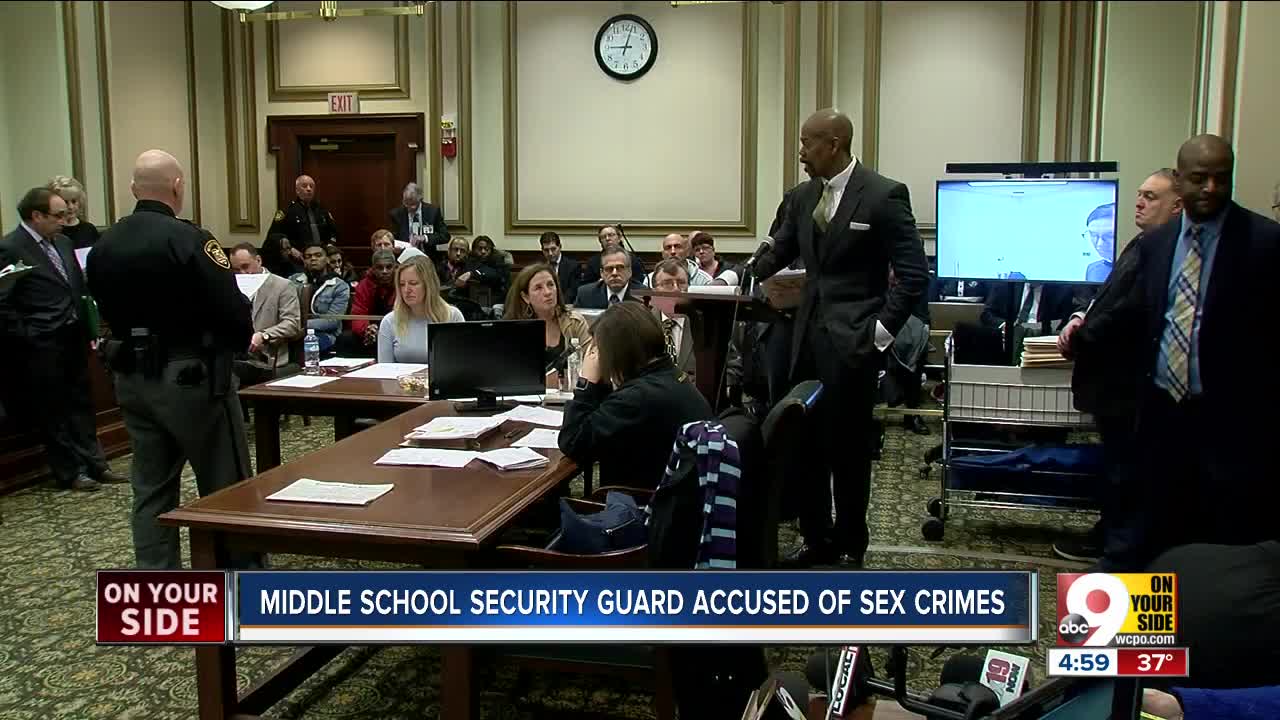 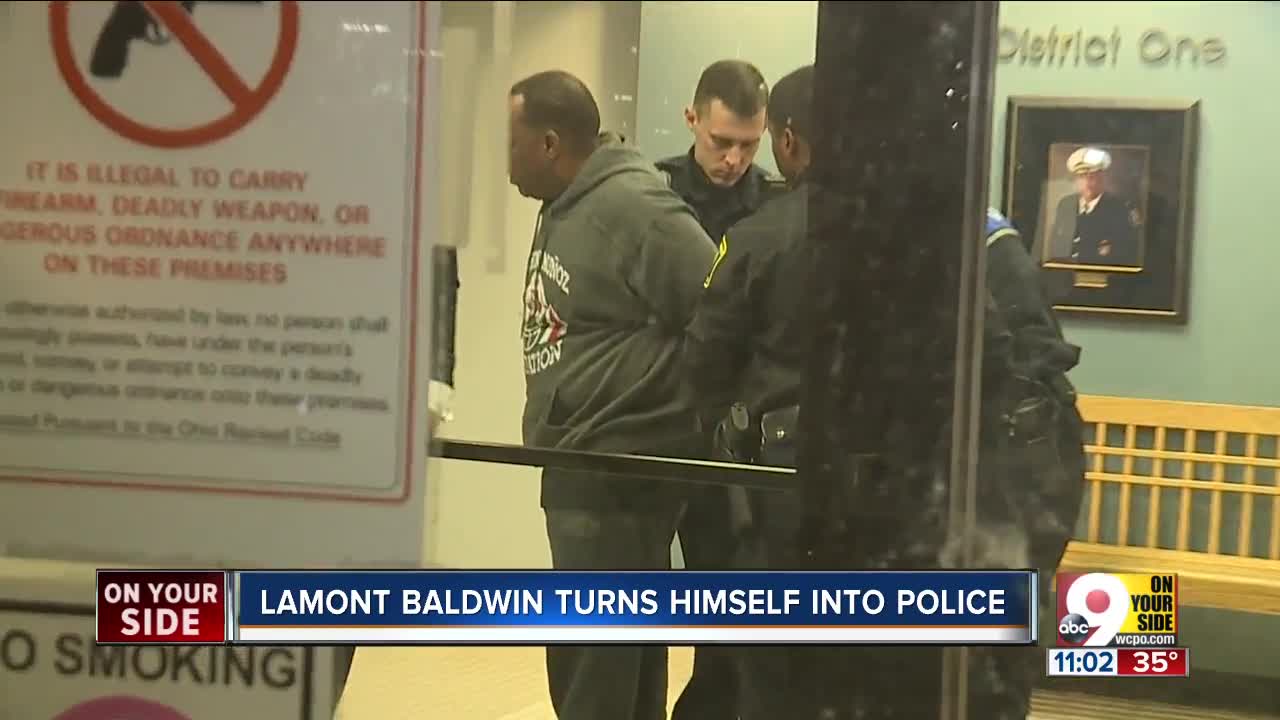 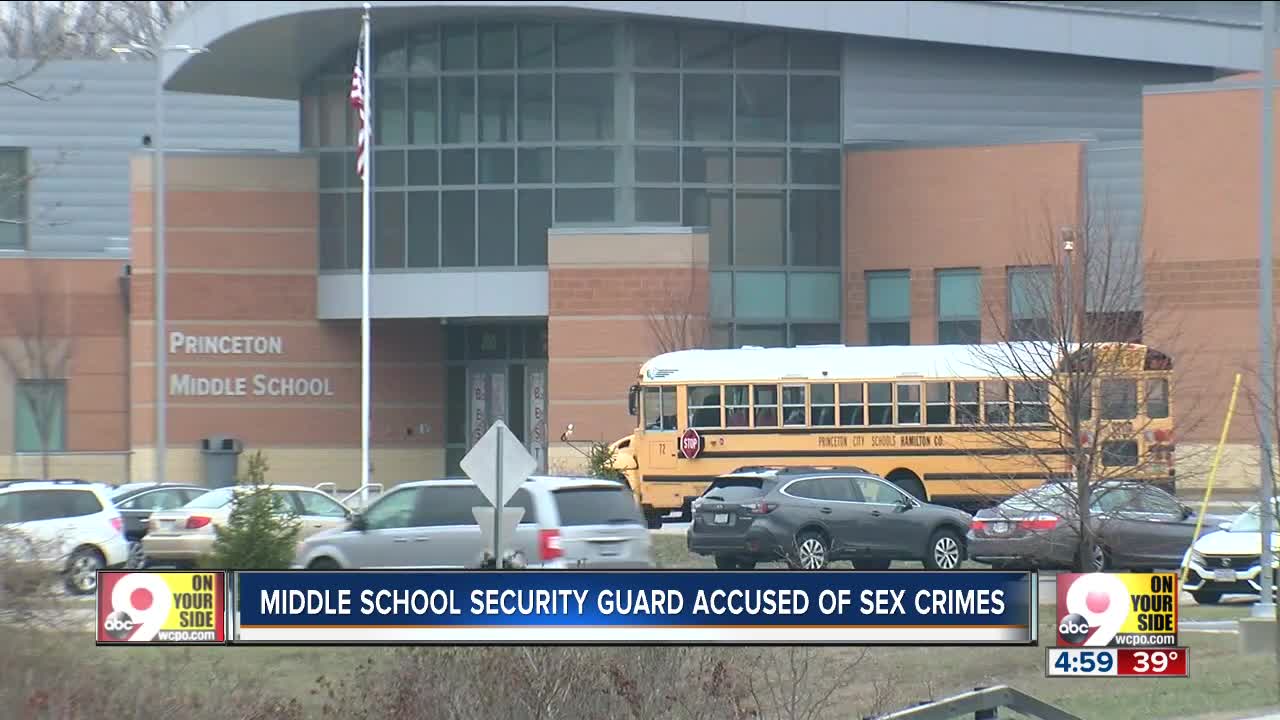 Baldwin's attorney, Clyde Bennett, told WCPO the day care continues to operate because Baldwin moved out of the home once the investigation began.

Baldwin is not charged with any crimes against children in the day care, but prosecutors noted that Baldwin had worked with children since 1996 and they believe there could be other victims. WCPO reached out to Prosecutor Joe Deters' office to find out if there's a plan to investigate the in-home child day care. Deters has not responded.

In court Friday, an assistant prosecutor said Baldwin created situations in school where he could touch boys inappropriately.

"There was a game that would be played and in the course of that specific game it gave him access to touch them all over basically, so there's definitely some type of grooming behavior that was taking place there," the assistant prosecutor said.

According to court documents, the incidents occurred both in school and off school grounds. Prosecutors said in court that three Princeton Middle students said Baldwin touched their buttocks and genitals and would play a game with them that "gave him access to touch them all over."

Allegations from a fourth child describe unwanted contact on a trip.

"Apparently the young man had been in the shower, came out in a towel, and the defendant stole his towel from him and began wrestling and horsing around with him. That child actually indicated that he had to fight him off of him because he had pinned him to the ground," the assistant prosecutor said.

"I do think for public safety, and given the fact that several victims have come forward at this time, I do think a high bond is entirely appropriate, " Berding said in court.

Baldwin could face up to 50 years behind bars if convicted on all charges.

Baldwin was a security guard at Princeton Middle School for 23 years - from 1996 to November 2019 - and spent a short time as a wrestling coach. Investigators say he also worked at the Woodlawn Community Center for 19 years - from 2000 to 2019. He was fired from both jobs last November.

Baldwin had various roles involving children in his work at the Woodlawn Community Center, according to Woodlawn Village human resources. Most recently he worked with the swim program.

Baldwin's attorney characterized Baldwin's contact with the students as "horseplay," questioned the students' decision to come forward five years after the incidents and described Baldwin as a "law-abiding, productive citizen."

"Sexual conduct is when you have sexual interaction, activity with a person. That's not what he's charged with. He's charged with inappropriately touching individuals," Bennett said.

Bennett insisted that the students fabricated their accusations.

“I think if you go into any school and you asked a bunch of students about a teacher or an authority figure, ‘What has this person done to you?’, I guarantee more than one of them is going to say something,” Bennett said. “I’m not convinced of the charges.”

Baldwin turned himself in Thursday night, walking with Bennett through the front door at District 1 police headquarters.

"He’s disturbed because he’s an innocent man. He’s struggling with the fact that he’s being accused of this," Bennett said.

Bennett said his first order of business is to try to get Baldwin's bond reduced.

"They're very young kids and when you have somebody who's in a position of power like a wrestling coach or a security guard ... these kids aren't sophisticated enough to know what's going on, generally speaking," Deters said.

“I will never understand people who sexually abuse children," Deters wrote in a news release. "Parents expect that school is a safe place and school employees betraying that trust hurt not just the victim but the entire family, school system and community. We take these cases seriously and want to make sure that dangerous people are not in contact with our children.”

Earlier today, someone who was formerly a Princeton Community Middle School security monitor was criminally charged on counts of gross sexual imposition.

Immediately upon learning about the allegations in October, Princeton administration placed the employee on administrative leave and contacted local law enforcement. At the November 18 board meeting, the Princeton Board of Education terminated the employment of this individual. Additionally, an investigation into the allegations was conducted by the City of Sharonville police.

The well-being and safety of our students are top priorities of Princeton City Schools and under no circumstances do we condone or tolerate inappropriate conduct. To ensure our students are receiving mental health support, the district will continue to offer counseling and therapeutic services. We have been and will continue to cooperate with law enforcement and legal authorities in the investigation.

As always, I appreciate your support of the Princeton City School District and the trust you place in us. I will always act in the best interest of all of the children in our schools.

Tom Burton, Superintendent
Copyright 2020 Scripps Media, Inc. All rights reserved. This material may not be published, broadcast, rewritten, or redistributed.