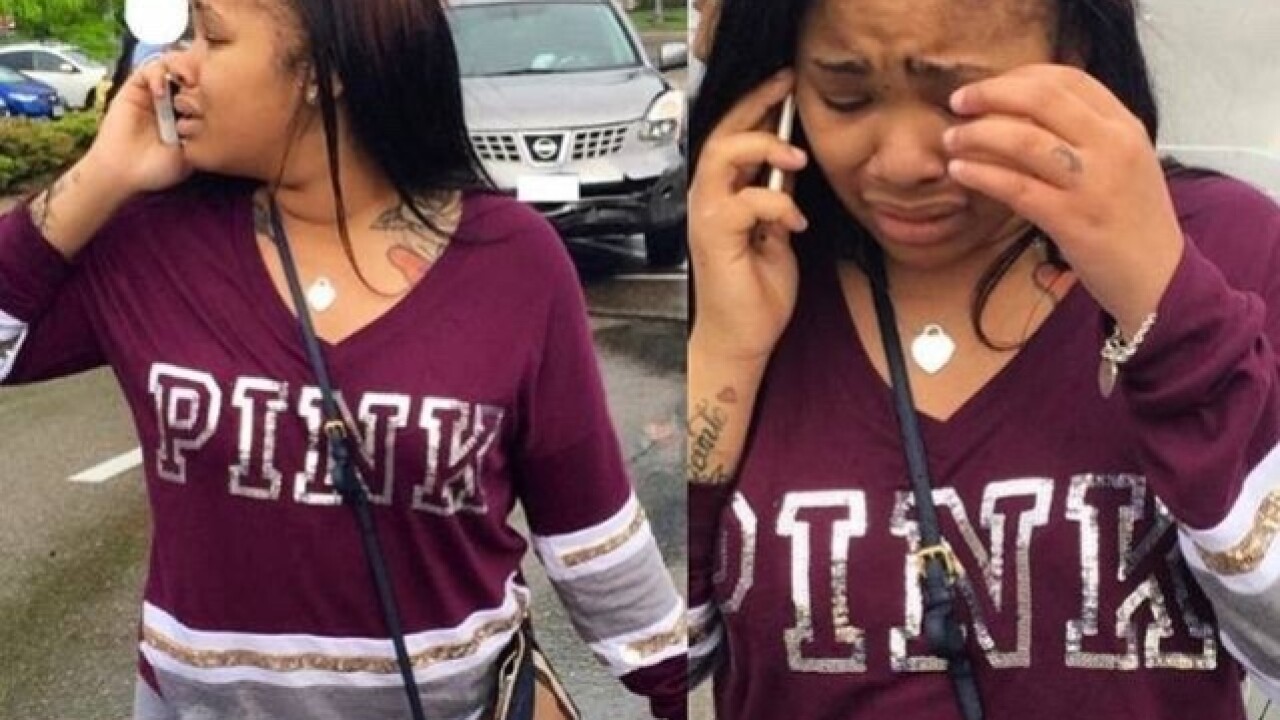 <p>Norwood Police issued warrants for the arrest of Mikeisha Amison, who they say fled the scene of a potential theft, crashed a car into another car in the Rookwood Commons parking lot (injuring the other driver) and then escaped the area on foot.</p>

NORWOOD, Ohio -- Warrants were issued Thursday for the arrest of a West End woman who police say fled from officers and promptly crashed head-on into another car in the parking lot of Rookwood Commons before she escaped them on foot.

The Norwood Police Department quickly identified Mikeisha Amison after posting photos to their Facebook page May 6.

Police say detectives reached out to Amison, who promised to turn herself in but failed to follow through. They are now asking for the public's help in finding her.

This is Mikeisha Amison. @NorwoodPD now have warrants for her causing a crash when she ran from a theft @WCPO pic.twitter.com/JTUbEgvTeJ

That original Facebook post said police approached Amison as she was sitting in the passenger seat of a car to ask about a theft at the shopping complex. They say she slipped into the driver's seat and quickly drove away. Police say she collided with another car, injuring the other driver, and managed to escape the area.

Police describe Amison as 5 feet 2 inches tall and weighing 175 pounds. Her likely address is listed as in the 700-block of Derrick Turnbow Avenue in the West End neighborhood of Cincinnati.

The warrants are for three misdemeanor charges of theft, leaving the scene of an auto accident and willful/wanton careless operation of a vehicle and for one felony charge of failure to comply with order of a police officer.