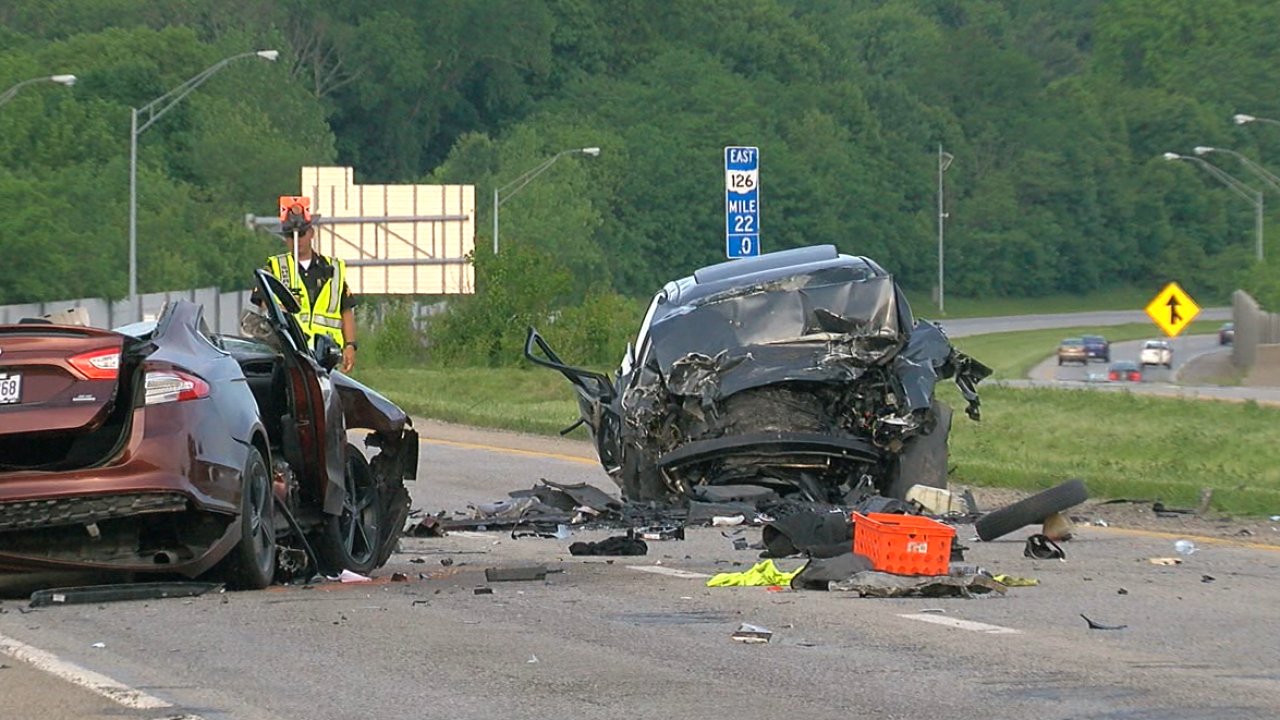 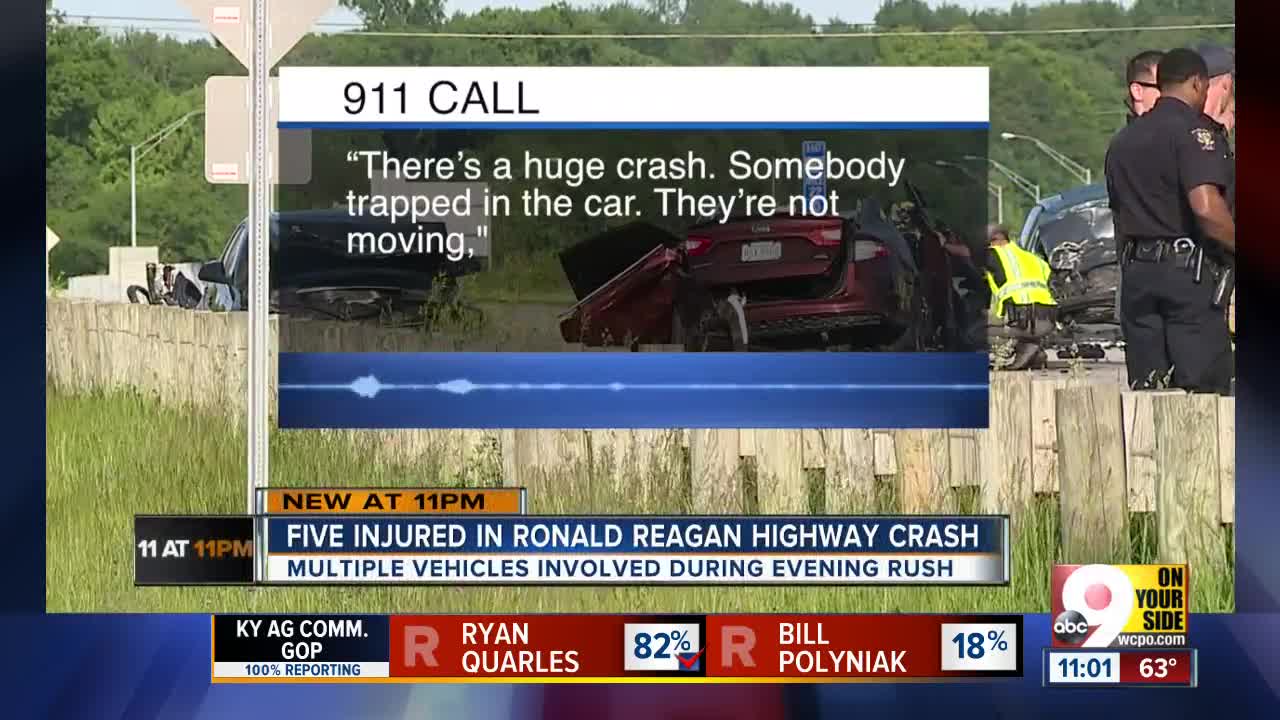 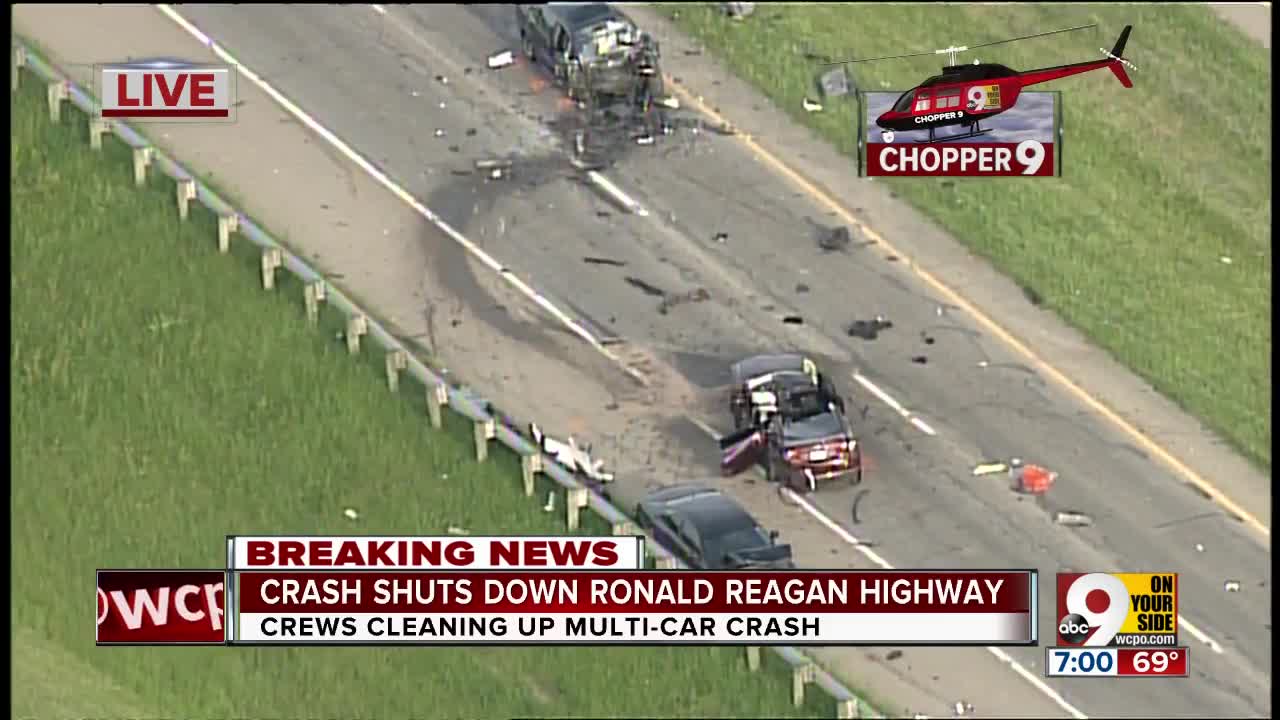 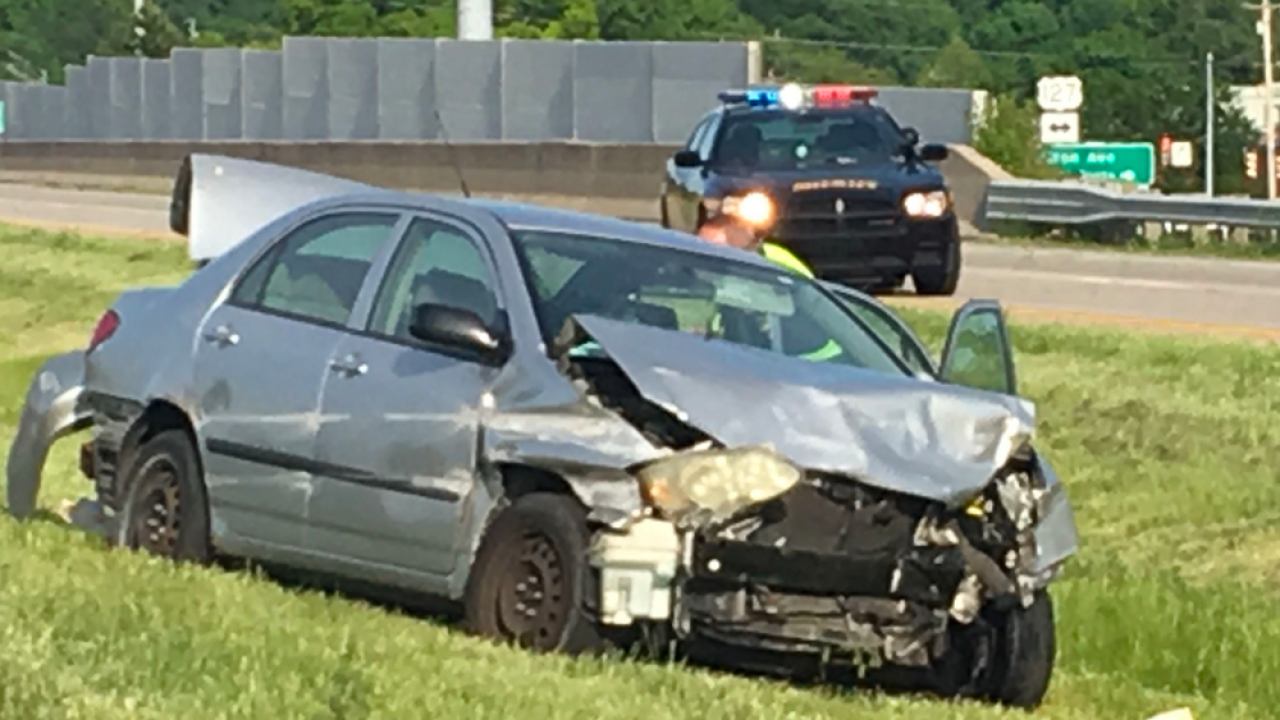 A multi-vehicle crash Tuesday afternoon on Ronald Reagan Highway left six people injured — one of them an infant — and the road littered with shattered glass. Officers and deputies spent hours investigating and clearing the scene.

A 36-year-old Bethel man was driving a 2016 Ford eastbound on the highway just west of Hamilton Avenue at 4:57 p.m. when Hamilton County deputies said he "allowed his vehicle" to go off the left side of the road and across the grass median, where he hit a 2004 Volkswagen head-on. Another driver in a 2007 Toyota then hit the out-of-control Ford, and the collision forced the Toyota to the right and it was hit by a 2008 Cadillac.

At least one person was trapped inside one of the damaged cars, according to 911 callers at the scene.

“It flew across the dip, came up and smacked the blue car head on,” one caller said.

“Are you injured in any way?” a dispatcher asked another caller, this one in tears.

According to Lt. David Daugherty of the Mount Healthy Police Department, one of several agencies responding to the collision, one adult was airlifted from the scene with critical injuries. Several more were transported to the University of Cincinnati Medical Center with less serious injuries, as was a young child.

Two of the drivers were still being treated at the hospital with injuries that were not life-threatening Wednesday morning, deputies said in a news release. Two other drivers, a 20-year-old passenger and the infant passenger had been treated and released.

All the drivers and passengers were properly restrained except the Ford driver, who deputies said was not wearing a seat belt.

Speed was not a factor in the crash. Deputies didn't immediately provide more details. It's still under investigation by the sheriff's Traffic Safety Unit.

The highway reopened at about 9 p.m. Tuesday.