A barbershop's run-in with police became an inspiring community connection 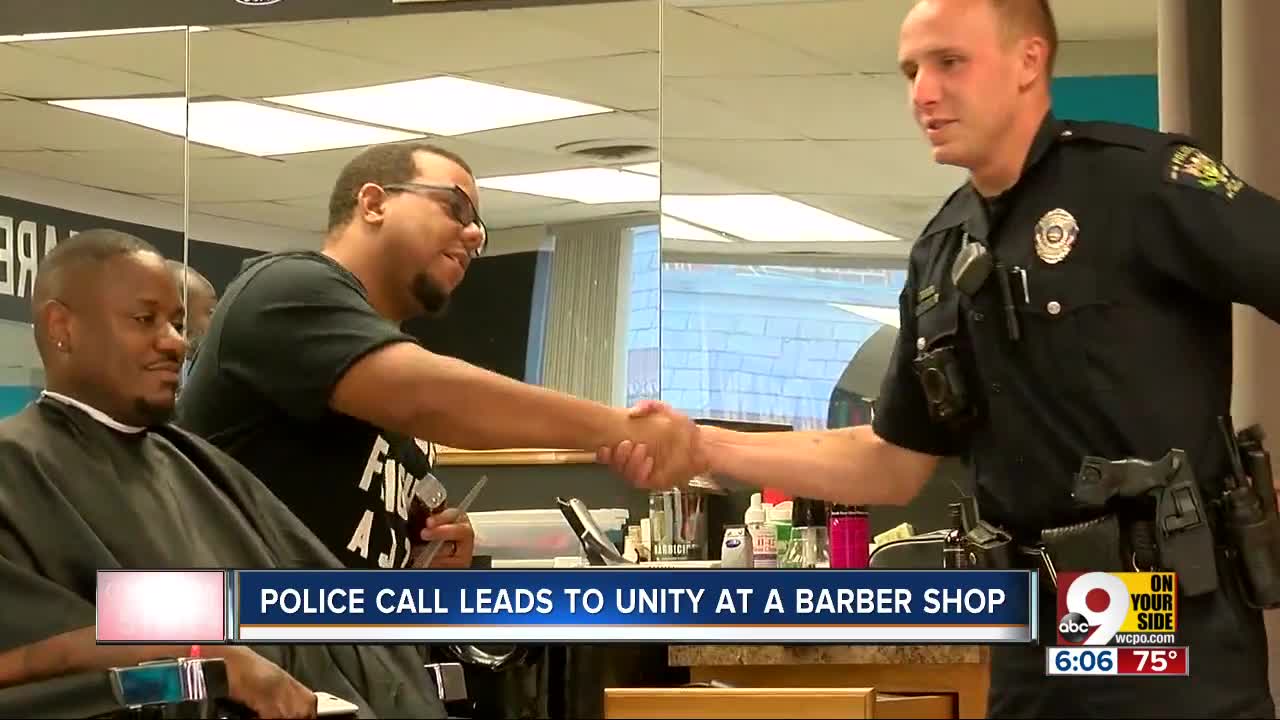 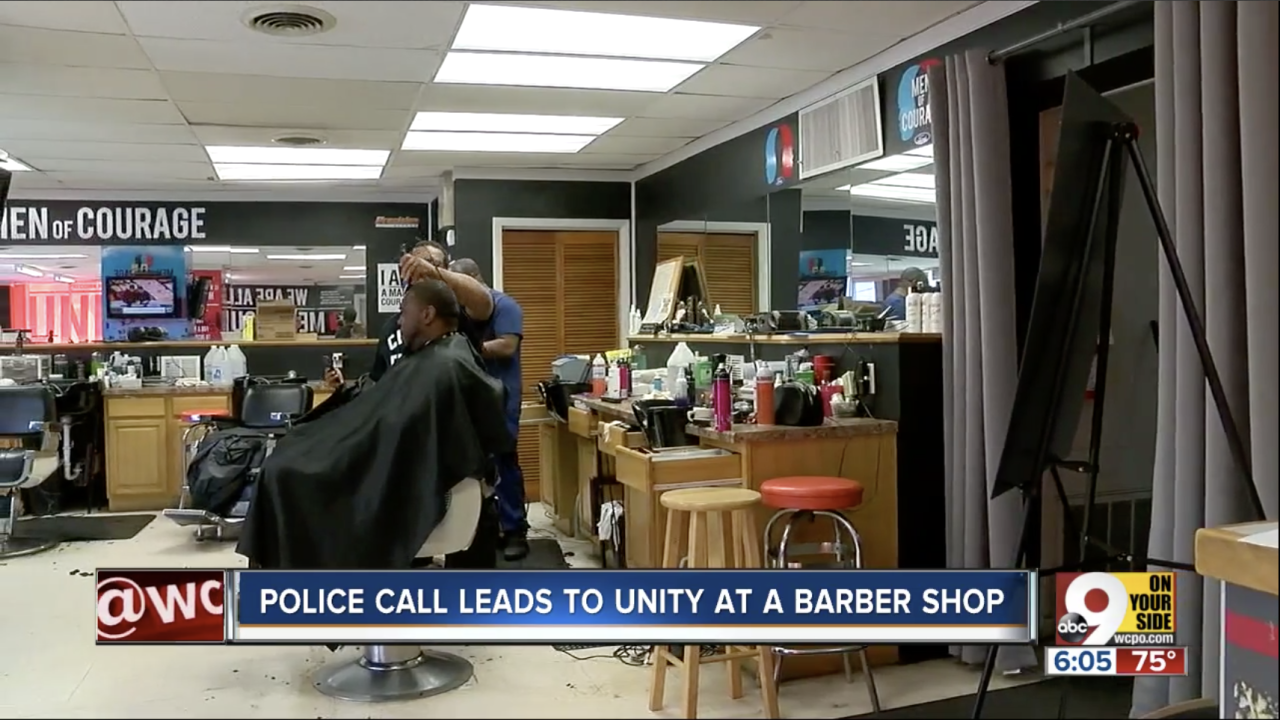 MT. HEALTHY, Ohio — Precision Blendz Barbershop in Mt. Healthy held a reception to celebrate the "Men of Courage" competition they'd taken part in; as the night went on, people spilled out onto the sidewalk out front, chatting and saying their goodbyes.

"Someone came and got me," said owner Tommy Mays. "They said the police had someone hemmed up outside."

Police were called for a report of a car blocking the intersection in front of the shop -- a car that was never there to begin with, according to the group of patrons gathered on the sidewalk. When Officer Colin Higgins arrived, he quickly realized the call wasn't what it seemed. The group outside decided to invite the officer in, to connect with the local community.

He declined, but patrons encouraged him. It wasn't until he learned about the "Men of Courage" event, and the famous personalities inside the shop who'd come to celebrate.

"Of course, when you told him Jerome Bettis was here, he was like 'Hey! I have a few more minutes,'" laughed Mays.

The event spurred a photo, now shared nearly 100,000 times on Facebook, of Higgins outside the shop, excitedly meeting the former Pittsburgh Steeler. The post was uploaded by another famous attendee of the reception, New York Times best-selling author Shaka Senghor.

One week later, Higgins stopped by to visit the shop, and was welcomed inside to a chorus of greetings.