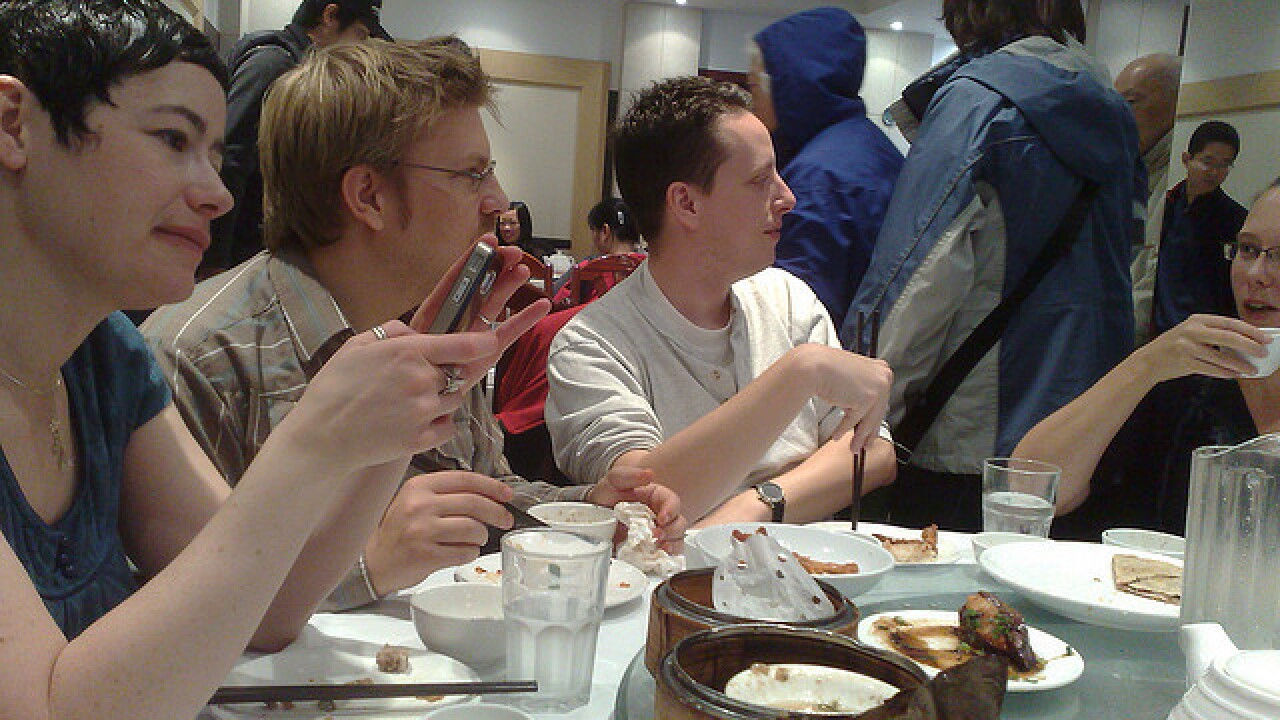 Creative Commons
<p>Queen City Etiquette would likely not approve of all these elbows on the table.</p>

MONTGOMERY, Ohio -- Dina Schmid is on a mission to stop the spread of rude behavior through Cincinnati by enrolling children in etiquette classes starting in October .

Queen City Etiquette opened its doors this summer with etiquette classes for children in grades 1-12, interview coaching and etiquette programs for scouts and other groups.

Schmid said she'd had enough with stories of bullying and protests turned violent and longed for the days where she could escape to a restaurant and not see adults glued to their phones and children roaming about. She got the idea after hearing her sister and a friend tell her about the great experiences their kids were having in etiquette classes in other states.

“I was frustrated. I'd be at a pot luck dinner telling my kids not to grab food with their hands while they watched other kids doing just that," Schmid said. "I wanted to be able to enroll my children in classes and have a professional back me up, but I couldn’t find any classes here in Cincinnati.”

Schmid started with etiquette books and online classes before enrolling in "etiquette boot camp" to get certified at the American School of Protocol .

“I thought I knew a lot about etiquette, but when I was going through the certification program I realized there was still a lot for me to learn," Schmid said.

She added that students who take these etiquette classes gain confidence and feel empowered to use their newly polished social skills.