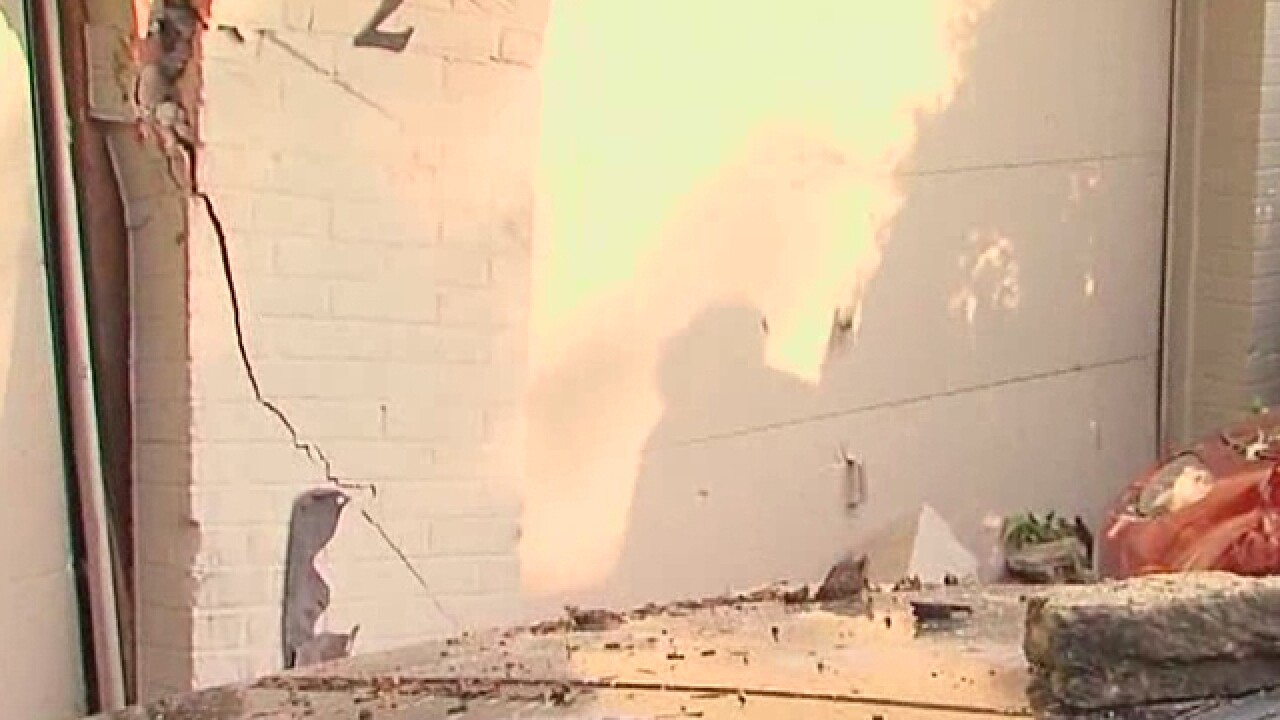 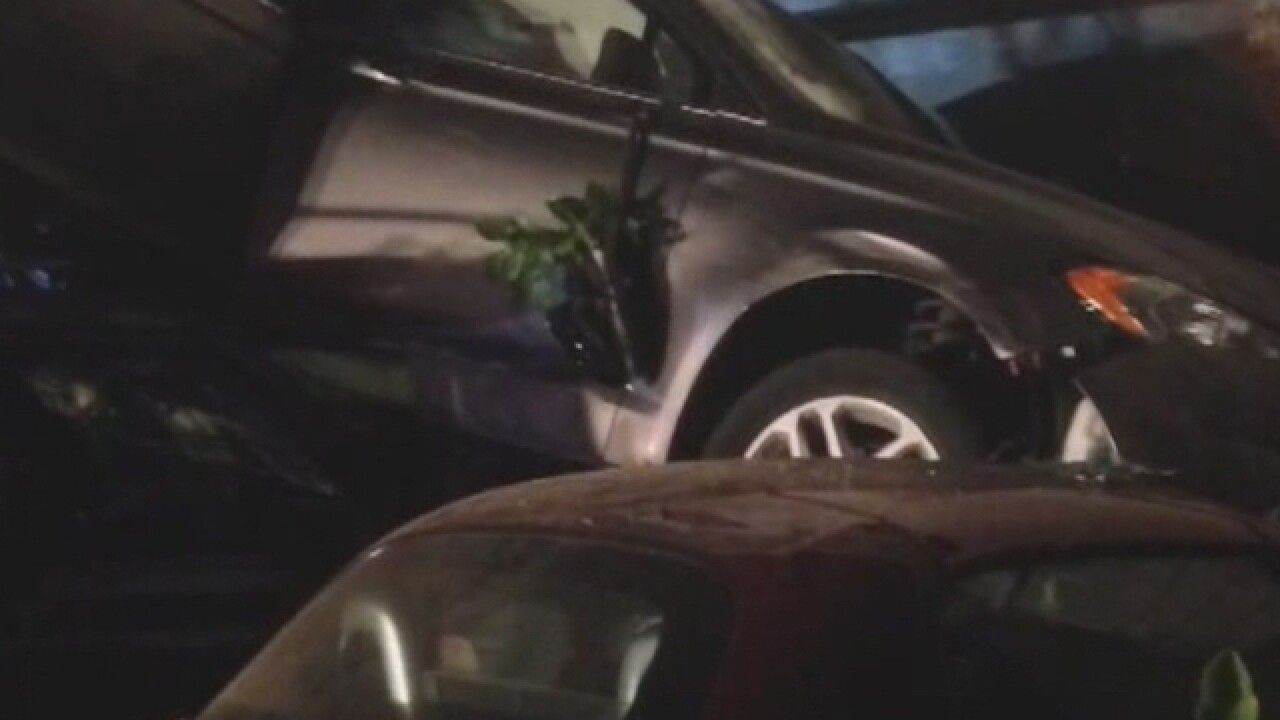 MARIEMONT, Ohio -- A 93-year-old man's car ended up on top of two others before slamming into a man's home on Miami Road around 11 p.m. Tuesday - and it's not the first event of this type.

In the two decades homeowner Jeff Bloomer has lived at 4012 Miami Rd. between Mariemont and Indian Hill, he says cars have ended up in his yard at least a half-dozen times.

This time, police say 93-year-old Julius Kozerski was going around the bend too fast, weaving between a guardrail and tree to end up crushing two cars and nearly breaking through a family's garage. Kozerski was taken to Jewish Hospital and is expected to be OK.

"You hear crashes sometimes when they hit the guardrail - it's pretty loud, but this was altogether different," Bloomer said. "There was this car sitting on top of the Jeep and on top of my Miata and just kind of crashed right into the house."

“It was just a really crazy, surreal experience to see the car sitting here,” Cameron said. "This fellow didn’t turn - he didn’t brake - he just zoomed right through."

The speed is marked at 25 mph around the curve, but the Bloomers and police say too often drivers don't take heed. The family counts this as the sixth and most severe time someone's come veering through their property. They're now asking drivers to just slow down.

Police say they have to repair or replace the guardrail at this curve twice a year on average.