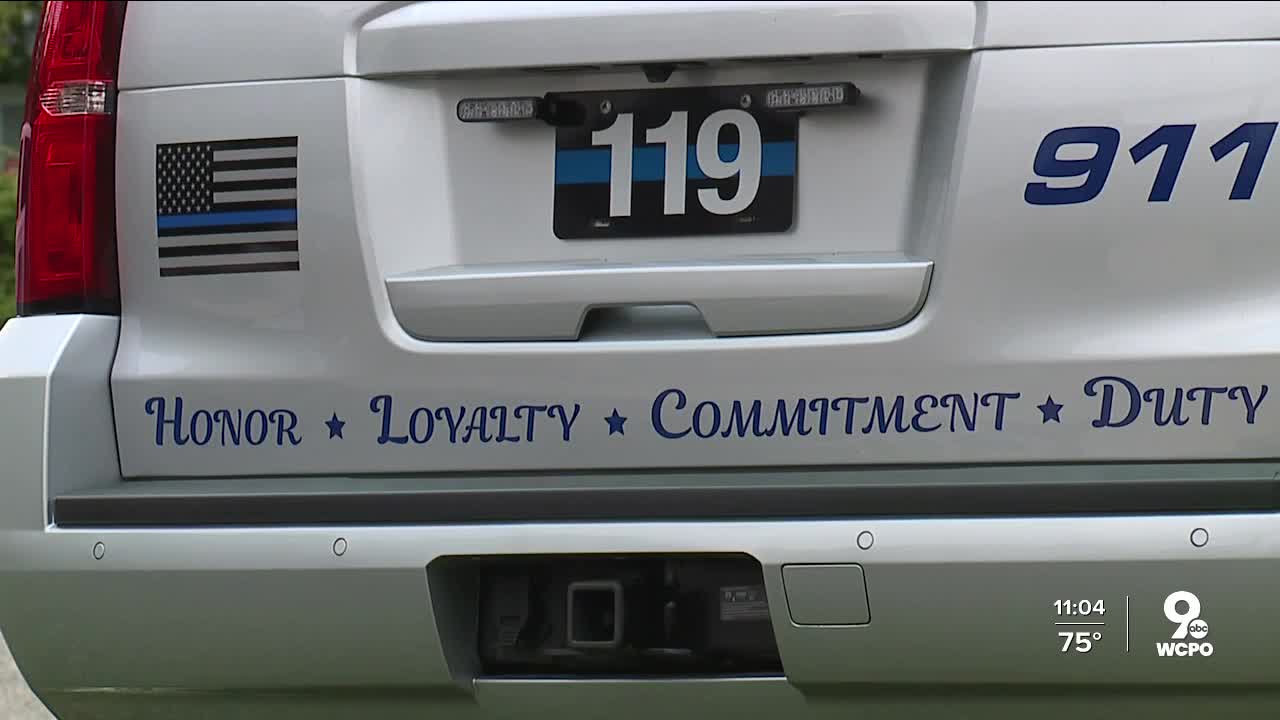 The Madeira Police Department has four police cruisers with vinyl wraps showing the Thin Blue Line flag, and community leaders are now debating whether that is an appropriate symbol to display on a city vehicle. 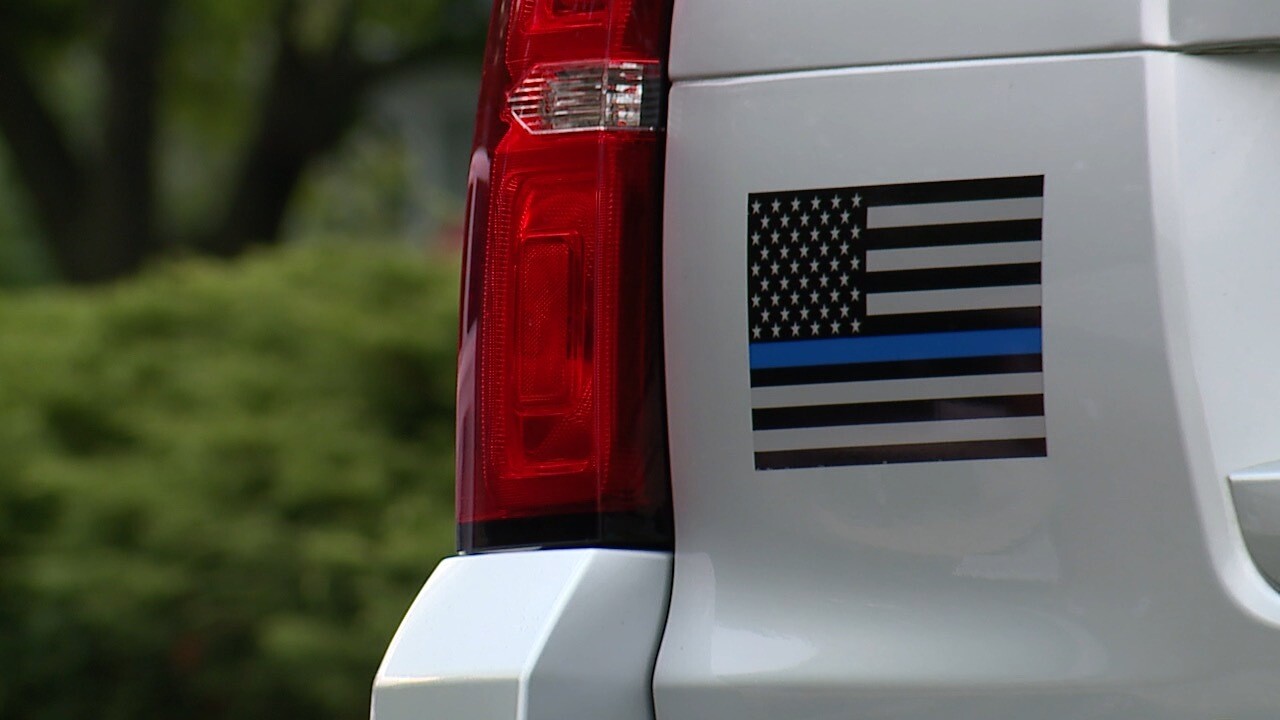 MADEIRA, Ohio — The Madeira Police Department has four police cruisers with vinyl wraps showing the Thin Blue Line flag, and community leaders are now debating whether that is an appropriate symbol to display on a city vehicle.

Council member Tom Henning said the city has received a significant number of emails and has seen a lot of debate on social media about the issue.

“I’m not sure how we can defend keeping what has turned into a divisive symbol on our property,” Henning said. “I don’t like spending money to remove it."

The total cost of removing the flag from the four cruisers would come to $2,000 of taxpayer money.

"In my personal life I have no problem with the thin blue line symbol,” said city councilman Brian Mueller. “I’d describe myself as a supporter of it. I just personally think, long term, a neutrality would be the best for the city.”

Councilmembers met Thursday to discuss legislation needed to determine if the symbol is appropriate for use on city-owned vehicles. The legislation states the flag of the United States, the Madeira city seal, the name of the Madeira Police Department, and the words "City of Madeira" would be allowed to be displayed on the outside of the cars.

One big question in front of lawmakers is whether or not the four vehicles with the Thin Blue Line flag would be grandfathered in.

“I see in the future where we buy new vehicles, we don’t put it on them,” Madeira vice mayor Chris Hilberg said. “That’s fine. We have what we have now, and that’s fine"

He said he hopes the symbol will stay.

“This is no different than the military having their fighter squadrons on the side of the plane,” Hilberg said. “It’s a government asset but it has meaning to those individuals.”

The law and safety committee didn’t vote on a preference Thursday evening.

Madeira City Council next meets Monday, Sept. 14, to review the legislation and decide what could be done with the existing cruisers.