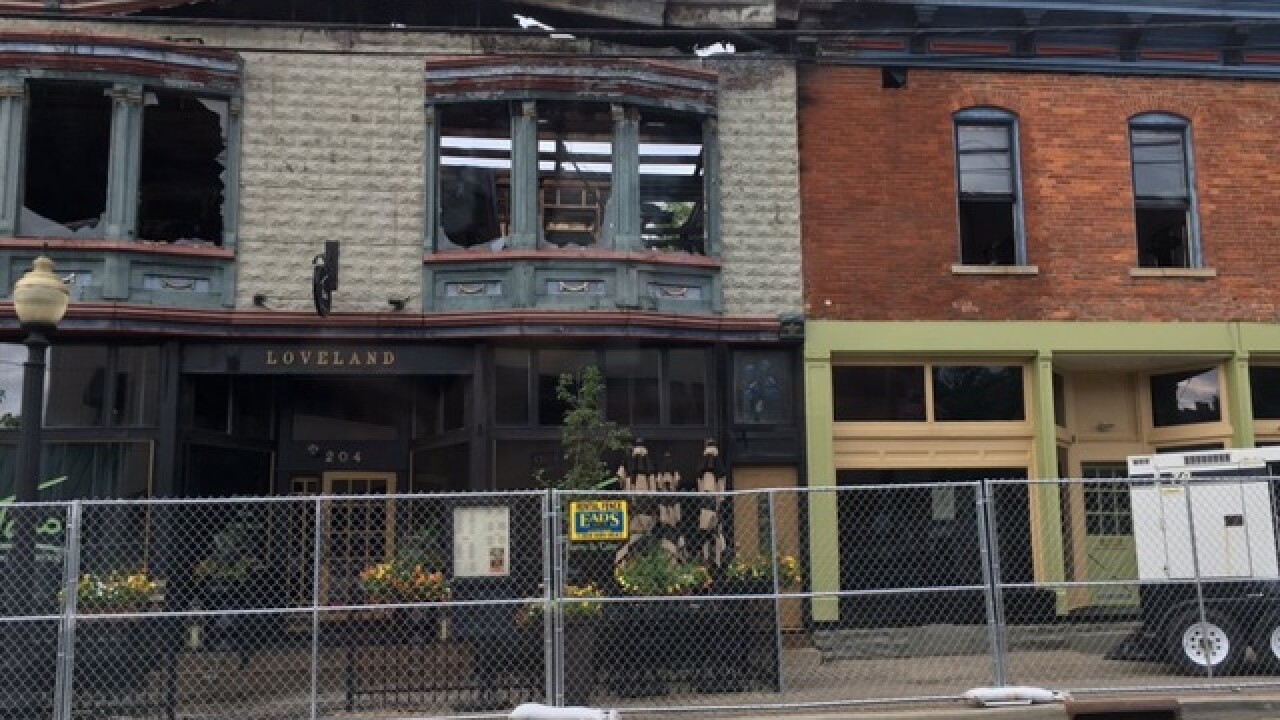 Copyright 2017 Scripps Media, Inc. All rights reserved. This material may not be published, broadcast, rewritten, or redistributed.
Paola Suro | WCPO
<p>LOVELAND, OHIO. May 28, 2017. Historic facades along West Loveland Avenue were left scorched and soaked after a massive fire.</p>

LOVELAND, Ohio -- CeeCee Collins has a lot more on her mind these days. As president of the Little Miami River Chamber Alliance, Collins is trying to think of ways to help residents and businesses displaced by a massive fire in historic downtown Loveland early Sunday.

She and other community members met with city leaders Tuesday night at the Casual Pint to brainstorm a benefit event.

The fire damaged three buildings on West Loveland Avenue, which had businesses on the first floor and apartments above. No one was injured. Loveland City Manager David Kennedy said Sunday evening the fire started above the walk-in cooler at Tano Bistro, and it is believed to have been caused by an electrical issue.

The city wants the historic buildings to be saved, Kennedy said.

Insurance will cover some of the losses, but people like business owner Janel Thompson said the outpouring of support is greatly appreciated.

"I mean, we've our phones have been ringing off the hook, people really wanting to help," said Janel Thompson, one of the business owners.

Collins says the benefit's goal is to help everyone who's been affected. The chamber also is collecting gift cards for fire victims. Anyone wanting to help can call the chamber at 513-683-1544.