At least two people were hurt when a driver crashed into Zappz Sports Bar and Grille early Sunday. The Loveland Symmes Fire Department was called to the bar at about 2:30 a.m. A driver in a Kia Optima had crashed into the side of the building. One person was taken to an emergency room, and another was taken away in a medical helicopter. There's no word yet on how seriously they were injured. 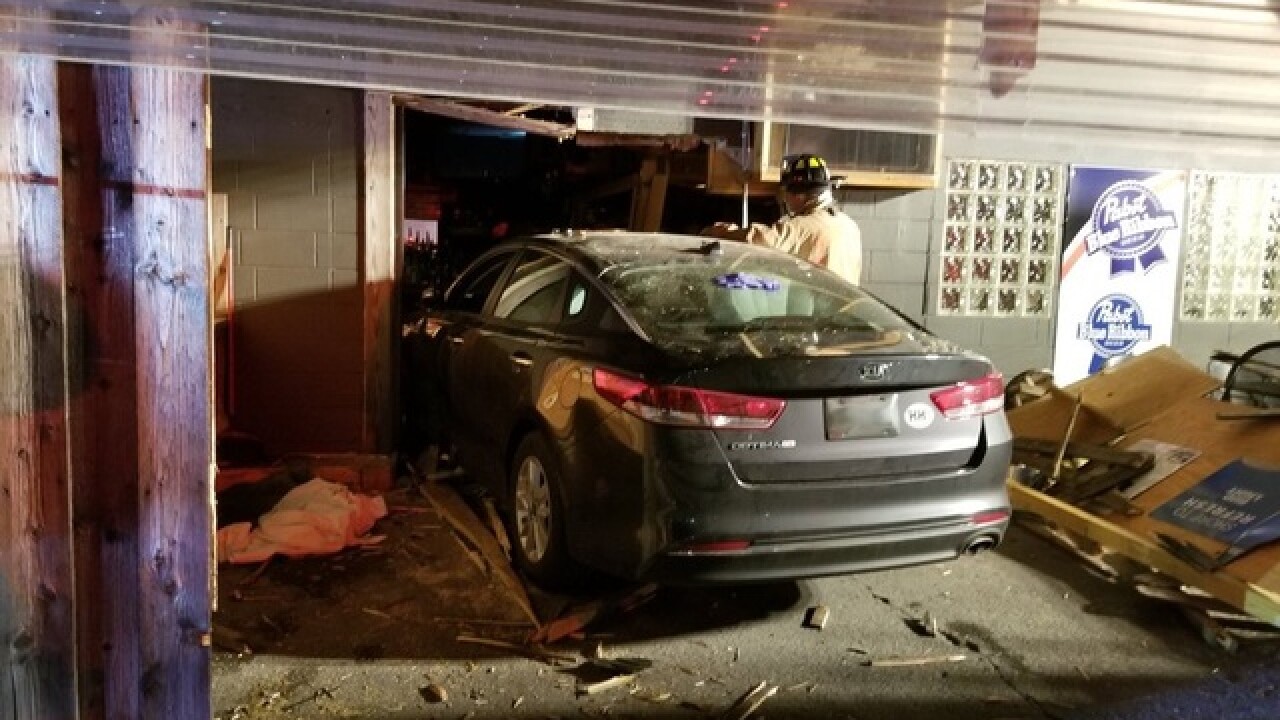 LOVELAND, Ohio -- A man deliberately drove through the wall of a sports bar early Sunday after being kicked out for fighting, according to another patron.

The vehicle, a Kia Optima, crashed through a fence, across a patio and into the side of Zappz Sports Bar and Grille on Loveland Madeira Road about 2:30 a.m.

Blake Freeman, who was at the bar, said Pauley smashed into the building on purpose. Freeman said he arrived moments after the crash.

"I was standing there 30 minutes prior to this happening. I had left to go to a friend's house real quick, and as I'm coming back, pulling back in, he was going through the building and that's just kind of when I went in and started helping everybody," Freeman said.

Freeman said Pauley got out of the vehicle and started swinging at people. He said one victim was pinned between the car and the bar.

Loveland police have not yet confirmed Freeman's account but indicated a detective is looking into the case.

The police department did say another patron, Andrew Attinger, was transported by life squad, while Pauley was taken away in a medical helicopter.

Freeman and another patron said they believed there were at least five victims.

"It's insane. It's hard to believe," Freeman said. "I was very blessed, very lucky that was not me and we all weren't standing there."

The bar owner didn't want to talk to WCPO about the incident.

Anyone with information about the case is asked to call Detective Anthony Pecord at the Loveland Police Department, 513-583-3000.