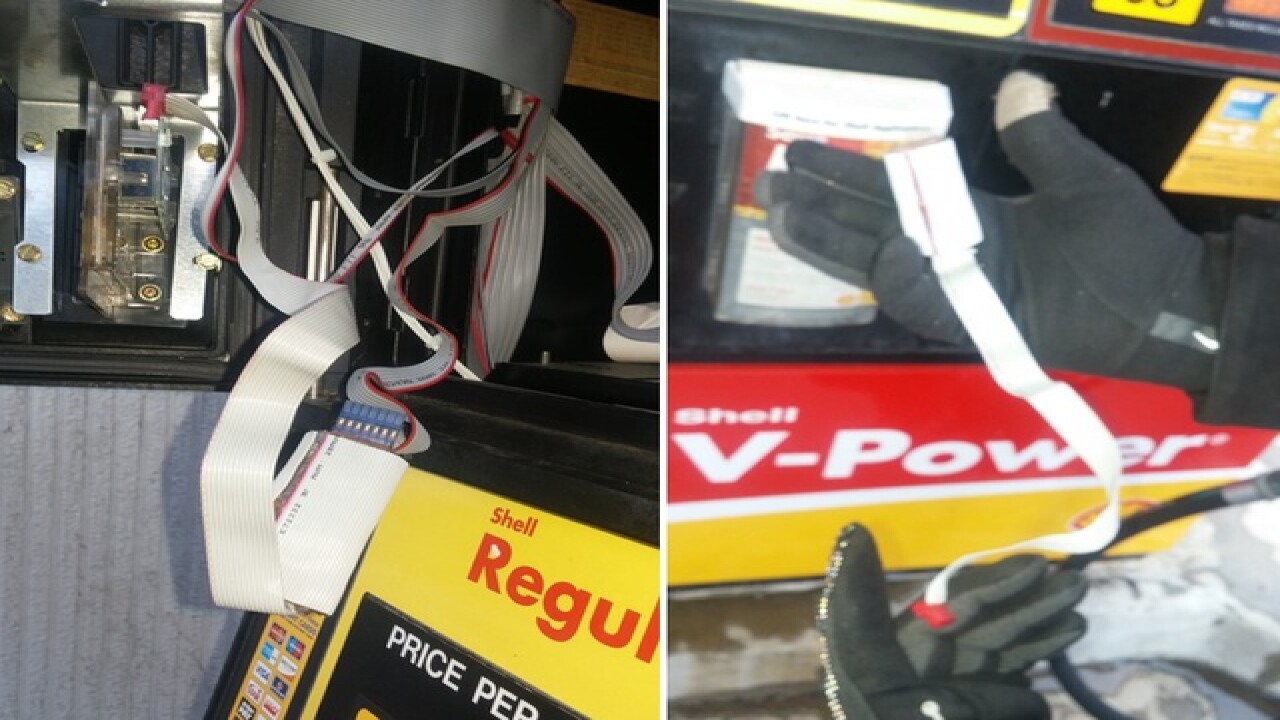 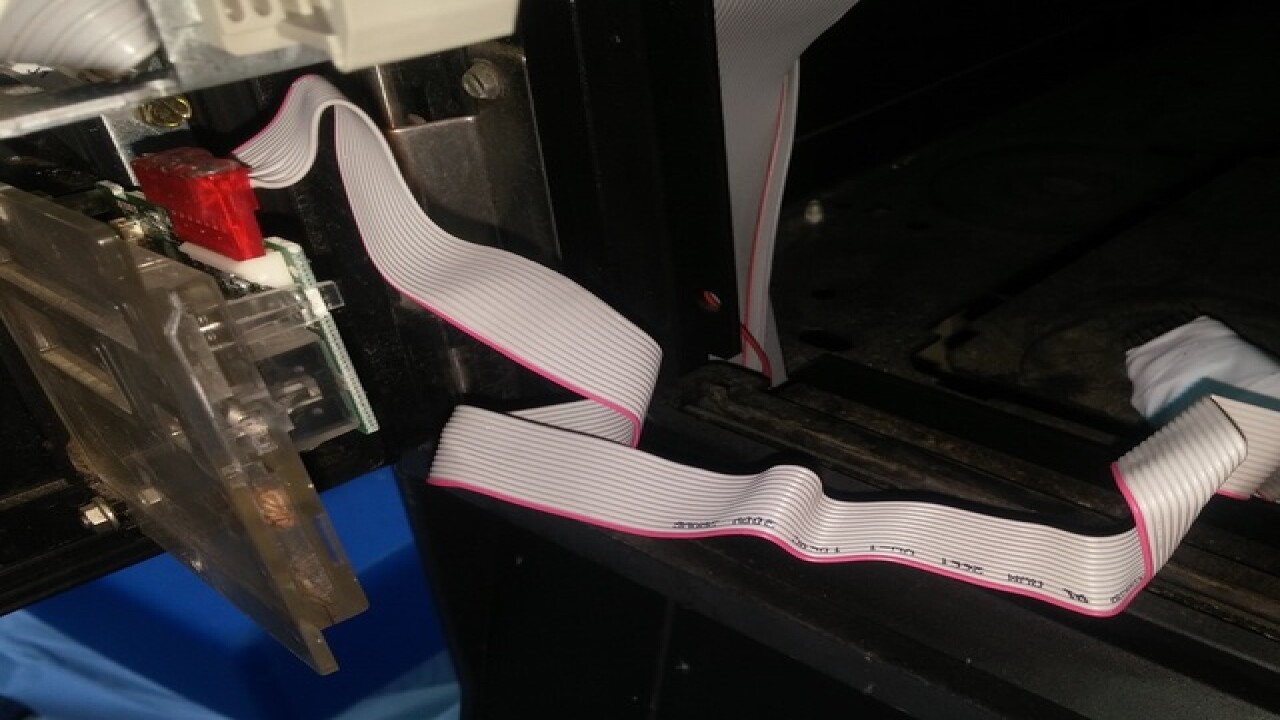 LOVELAND, Ohio -- Two more credit card skimmers have turned up in the Tri-State, both on the eastern side of Hamilton County.

Hamilton County Auditor Dusty Rhodes reports one skimmer was at a Shell gas station on Loveland-Madeira Road; another was across the street at a Circle K.

Rhodes said thieves can install skimmers on a gas pump in about two minutes, and they're hard to see. In this case, Rhodes said, drivers were lucky the skimmers were found quickly.

"In this case here, we checked these stations three days ago, just before Christmas -- went back again, and found them," he said.

Frank Applegate, an investigator with the Ohio State Highway Patrol, speculated that organized crime rings may be behind the rash of skimmers.

While paying cash is the only sure way to protect from identity fraud, there are steps that can be taken. Customers are encouraged to use gas pumps easily in view of the attendant and to never use a debit card when purchasing gas.