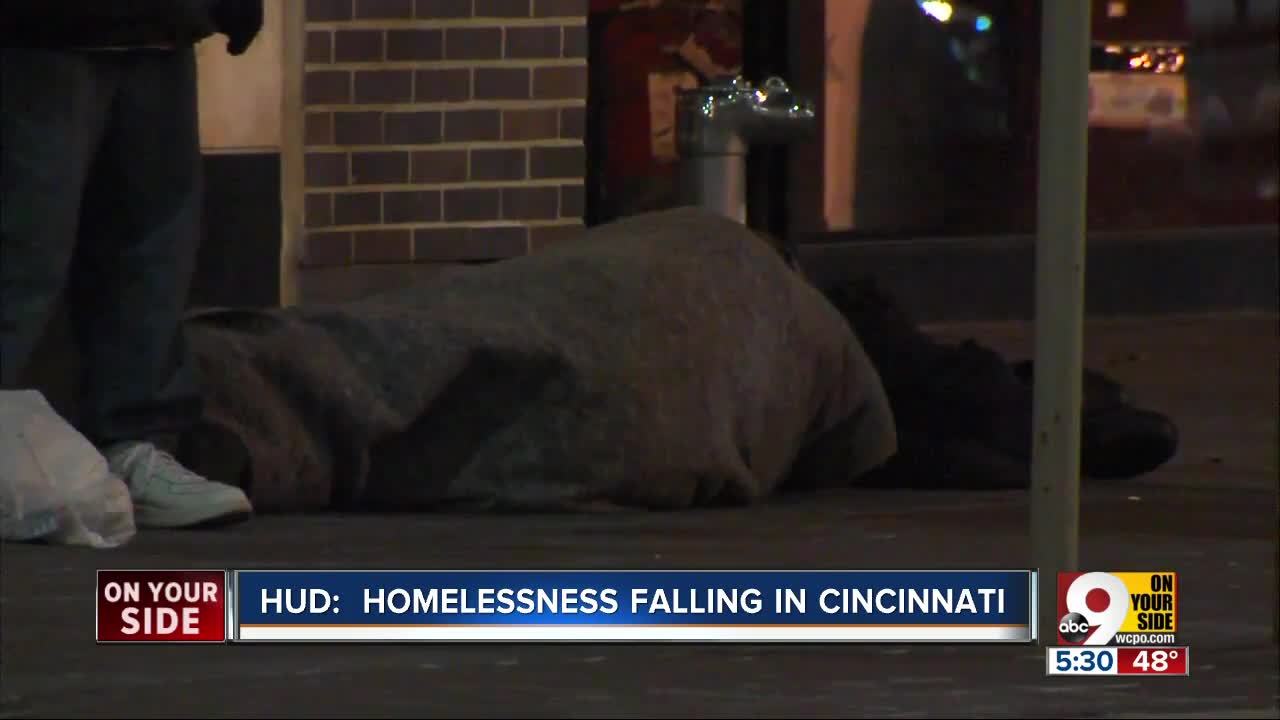 Local advocates said there's a group sometimes hidden in the cracks of the HUD report on homelessness, so they often cultivate and operate from their own study on a local scale.

HAMILTON COUNTY — A newly released report from the Department of Housing and Urban Development shows that homelessness is on the rise nationwide, but numbers have dropped for Hamilton County.

The report shows that homelessness in Hamilton County dropped 2.9% while nation-wide homelessness went up 2.7% from 2018.

However, local advocates said there's a group sometimes hidden in the cracks of the HUD report on homelessness, so they often cultivate and operate from their own study on a local scale.

"The report said that family homelessness went down, and also our local numbers would show that fewer families were served in shelters," said Kevin Finn, president of Strategies to End Homelessness. "But that is a complete myth."

He said the studies conducted can be flawed, because it's inherently difficult to track people struggling with homelessness if they aren't consistently using homeless shelters. He said the numbers reflected in the study don't account for families and others who are turned away from shelters because of a lack of space.

The issue of overpopulated family shelters is a growing problem for the Tri-State region. Susan Schiller, the director of Bethany House, said there are many factors that play into this issue, including families doubling up or staying with other family members.

In Hamilton County, officials try to get a more targeted and accurate report by counting all people struggling with homelessness every day of the year.