Mudslide threatens condos, forces some residents to evacuate in Harrison 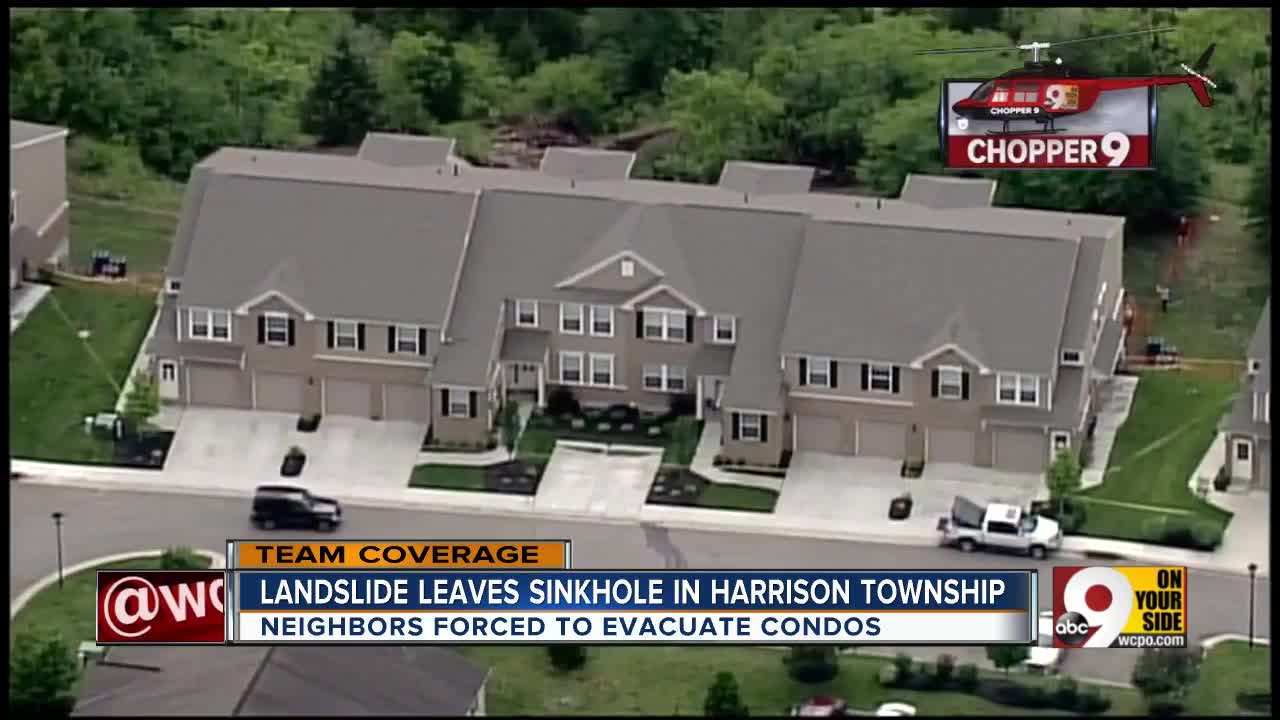 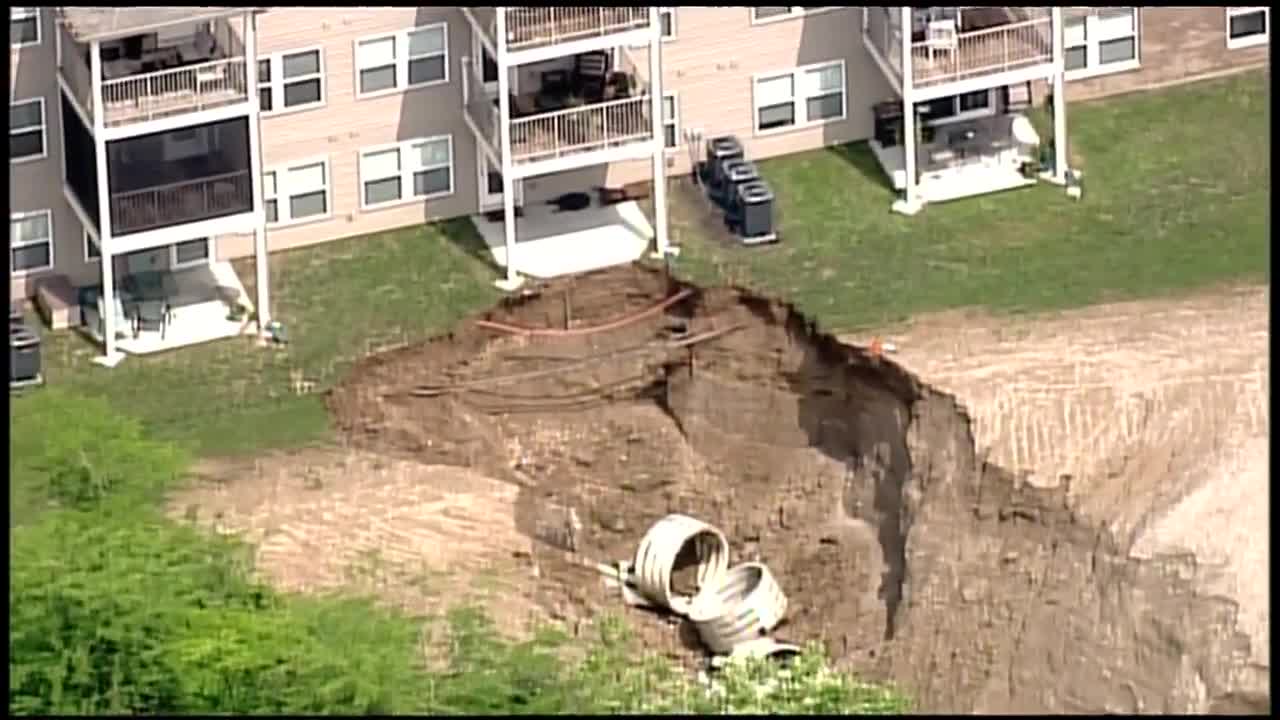 HARRISON, Ohio — A mudslide forced residents to evacuate from their hilltop condos after heavy rains this weekend continued to erode part of the hillside behind them.

About 30 residents of the Legacy by Fisher Homes neighborhood near Heritage Square were forced out around 2:30 a.m. Sunday after the Harrison Fire Department evacuated the condos nearest to the mudslide.

"The neighbors next to us, it's at their patio," said Deanna Frey, a resident who was evacuated early Sunday morning. "So any more rain, it might go.

Residents at Legacy condos in Harrison were told power was going to be shut off at noon after huge landslide - it’s still on right now though @WCPO pic.twitter.com/mEUMfhYJvE

"They allowed us to come back to get our belongings, and now there's a condemned sign on our door," said Frey.

On Monday, remaining residents were told power was going to be shut off at noon, but it was still on at 12:30 p.m.

The condos are on top of a hill, and emergency units on scene said the ground they were built on is eroding. To make matters worse, utility lines were exposed.

Emergency units said they will stay on scene in case there is further erosion. They also have to wait for an engineer to assess the damage to the exposed utility lines.

Neighbors said there have been issues with mudslides since December, but heavy, continuous rains Saturday night caused it to get much worse.

"We have and continue to offer our expertise and service to aid the Condominium Association in their analysis of the situation and long-term solution," Fischer Homes said, in a written statement Sunday evening. "We remain concerned for those homeowners who were evacuated as a result of the heavy storms and subsequent erosion. Fischer Homes has built more than 24,000 homes over the past 39 years with our customers' best interests always at the forefront. We remain in contact with the Condominium Association to help guide them through the ultimate resolution."