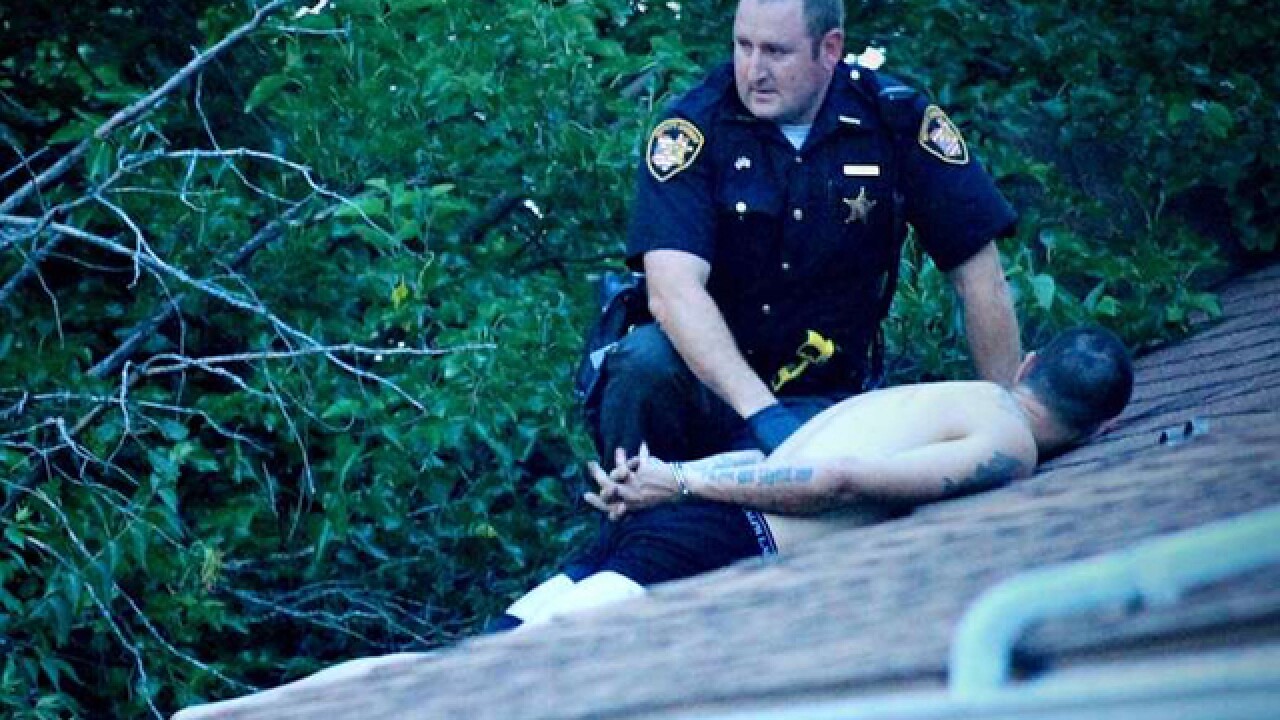 <p>This burglary suspect, who had run inside a house on Titus Avenue in Harrison Twp. on Wednesday night (June 22, 2016), was arrested on the rooftop by this sheriff’s deputy. (Jim Noelker/WHIO Staff)</p>

HARRISON TOWNSHIP, Ohio — A burglary suspect dressed only in his underwear Wednesday was apprehended on a Harrison Township roof, deputies said.

Montgomery County Sheriff’s Sgt. Rick Moebius said deputies saw a man running from apartments on North Dixie Drive when they chased him to a house in the 2000 block of Titus Avenue. He then made his way onto the roof in an effort to elude capture, WCPO news partner  WHIO reports .

There, a deputy and a firefighter used a ladder truck, climbed up and took the man into custody just after 9 p.m, Moebius said. He was wearing only his briefs when he was placed in handcuffs.

Moebius said the sheriff’s office has learned the man is sought on multiple warrants. He was booked into the Montgomery County Jail.